• Among those challengers are the Lexus LX and Maserati Levante.

• The GLS is powered by a choice of two engines.

Mercedes-Benz had a massive product offensive at the start of November 2020, launching six new SUVs in the South African market. Part of the launch arsenal was the automaker's revised luxury SUV, the GLS. Dubbed as the S-Class of SUVs, the new GLS comes to market with several luxury features and technologies that should make it a real contender in its segment.

The GLS comes up against formidable rivals in the South African market that competes against it in terms of price and trim levels. Audi's new Q8 and BMW's new X7 are among the latest luxury SUVs in our market, yet each model is insanely competent in their respective tasks. Each SUV sit at the top of their respective line-ups, with engine options making up six-cylinders, in both petrol and diesel guises. These two SUVs can take on the established GLS without having to worry about offering an inferior package.

A strange option in the rivals' list is the Maserati Levante. Launched in South Africa for the first time in 2017, the SUV has gone on to become the Italian automaker's most successful model in terms of sales and is a rather exclusive offering. Buyers can choose between petrol and diesel options, with a new Trofeo model headlining the range.

The two remaining rivals in our list compete against the GLS in terms of size. The GLS is a rather big vehicle, putting it up against the Lexus LX and Range Rover. Both these SUVs are big and will take up plenty of space at your nearest shopping centre, yet they come with a substantial amount of curb appeal and road presence. Both SUVs are equipped with large capacity engines, including V8 options - like the GLS 580. 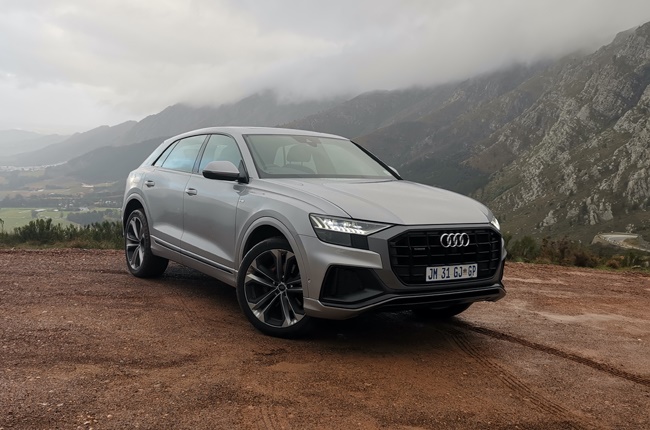 2021 Range Rover Sport (MotorPress)
We live in a world where facts and fiction get blurred
In times of uncertainty you need journalism you can trust. For 14 free days, you can have access to a world of in-depth analyses, investigative journalism, top opinions and a range of features. Journalism strengthens democracy. Invest in the future today. Thereafter you will be billed R75 per month. You can cancel anytime and if you cancel within 14 days you won't be billed.
Subscribe to News24
Related Links
Mercedes-Benz launches new GLS luxury SUV in SA - Dropping 'class' on its segment
RoadTrip | Celebrating 30 years of Madiba's freedom with a countrywide sojourn in a Merc GLS
Next on Wheels24
Scout III: Move over Ford Bronco, VW plans to revive the iconic off-road moniker