BREAKING | Due for 2021 arrival, Peugeot reveals the name of its upcoming bakkie

Peugeot released images for its upcoming bakkie, as well as the name that the vehicle will be endowed with.

The Landtrek, as the bakkie will be known, will find itself in a very competitive market - especially here in South Africa.

Despite the fact that it will find come up against segment leaders like the Toyota Hilux and Ford Ranger, Peugeot will bring its bakkie to market.

According to Peugeot’s official press release, the bakkie will first be launched in Latin America and sub-Saharan Africa, while “Europe is not expected to be included in the scope of the marketing.”

South Africa falls under the sub-Saharan Africa banner. And given our healthy bakkie market, Peugeot will be looking to invest in it. 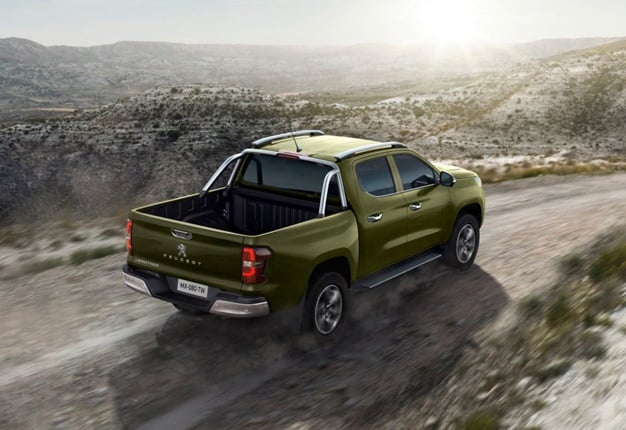 The Landtrek will be available with both a petrol and diesel engine, each mated to either six-speed manual gearbox or a six-speed automatic unit. Both engines are turbocharged.

The 1.9-litre diesel motor develops 110kW and 350Nm, but is only mated with the manual transmission. Peugeot says that this engine has been calibrated and designed to generate less noise and to allow the bakkie to achieve higher speeds. On average, according to Peugeot, this Landtrek boasts a fuel economy of 7.8-litres/100km.

The petrol model is powered by a 2.4-litre engine that is good for 156kW and 320Nm. Both gearbox options are available, but this model will have three driving modes on offer: sequential, Sport, and Eco. The Landmark can be ordered as either a 4x2 or 4x4. Compiled by: Charlen Raymond
We live in a world where facts and fiction get blurred
In times of uncertainty you need journalism you can trust. For 14 free days, you can have access to a world of in-depth analyses, investigative journalism, top opinions and a range of features. Journalism strengthens democracy. Invest in the future today. Thereafter you will be billed R75 per month. You can cancel anytime and if you cancel within 14 days you won't be billed.
Subscribe to News24
Related Links
Peugeot poised to join the South African ‘bakkie war’
Nissan to build next-gen Navara in SA: Could more bakkies be built locally?
Next on Wheels24
SEE | Volkswagen wants SA customers to experience its hot new Taigo lifestyle SUV ahead of launch