• The SUV is scheduled to arrive in South Africa in early 2022.

The Lexus NX first made its global appearance in 2014. Now, seven years later, the next chapter in the SUV's lineage has been written with the all-new model. This luxury crossover SUV has sold more than one million units since its inception and has gone on to become a core model for the Japanese automaker. Lexus NX
Supplied Lexus
However, when market conditions are more favourable, the plug-in hybrid will eventually, and hopefully, make it here. Lexus notes that it focused its attention on various aspects of the new NX, including driving dynamics regarding looking at a future consisting of electric vehicles. As such, Lexus says its 'thoroughly improved driving control, aerodynamics, and weight reduction.'

There is something so special about hearing directly from Lexus headquarters in Japan and its wonderful team of engineers and key role players as they tell you all about their new NX. Only five local media houses, including Wheels24, were invited to a virtual meeting with the team, along with Lexus South Africa.

The passion for sharing their pride in this new vehicle in a virtual reveal is the same as watching a Takumi skillfully build a work of art. That alone made me excited to experience the new NX when it arrives here next year. Established in 1989, Lexus still aims to uphold its spirit of innovation in every new car they build. The automaker has announced it will launch 20 new vehicles by 2025.

The new NX is the first model to showcase the brand's evolution. It is designed to meet diverse lifestyles with driving signatures and advanced technology. The first thing I think of when it comes to Lexus is the attention to detail they give - almost obsessively, to every single feature, whether it's the interior built using the Tazuna concept by designing the cockpit space, which is a point of contact between driver and car, to allow for a deeper and more intuitive connection. Or, the E-Latch electronic locking system inspired by the simple one-sliding motion of opening and closing Japanese doors.

Every element of the vehicle is designed and positioned to serve the driver better, and who wouldn't want to drive a car made with such perfection in mind? Available powertrains for the global market include the PHEV (not destined for SA), an HEV-equipped with high-capacity battery, a newly-developed 2.4-litre inline four-cylinder turbocharged, and a 2.5-litre inline four-cylinder naturally aspirated engine. We can reveal that the 2.5-litre NA engine, and the 2.4-litre turbo engine will also be included in the local line-up.

Regarding the new SUV's driving dynamics, Lexus says: "Our engineers have focused on developing a linear driving feel that possesses a direct steering communication between driver and vehicle. Extensive vehicle evaluation was carried out at the Toyota Technical Center Shimoyama, thus enhancing the 'Lexus Driving Signature' and ensuring the NX faithfully responds to drivers' intentions." When opting for the F Sport specification on the new NX, special 20-inch alloy wheels, a spoiler on the lower bumper, and front-side garnishes that deliver a sporty impression are added to the package. For the interior, in addition to the newly-developed steering wheel, the front seats, aluminium pedals, and shift lever have been exclusively designed to enhance the image of driving performance, says Lexus.

Lexus says the NX's multimedia system's high-resolution, 14-inch touch display provides clear images, thanks to an anti-reflective coating applied to the windshield and the use of glare-reducing bonding technology. The Lexus Premium Sound System consists of ten speakers, including a large-capacity subwoofer. Meanwhile, the Mark Levinson Premium Surround Sound System is based on the Mark Levinson PurePlay concept. 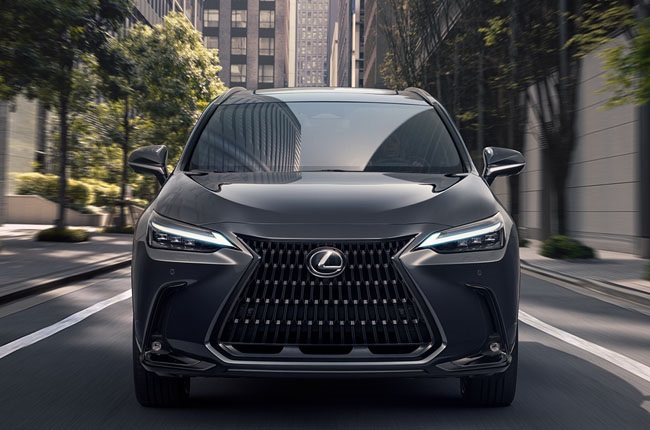 The all-new second-generation Lexus NX promises elevated levels of driving performance, design, and advanced technology. The next Lexus NX will be launched in South Africa early next year, with exact specifications and model grades announced at launch timing.

We live in a world where facts and fiction get blurred
In times of uncertainty you need journalism you can trust. For 14 free days, you can have access to a world of in-depth analyses, investigative journalism, top opinions and a range of features. Journalism strengthens democracy. Invest in the future today. Thereafter you will be billed R75 per month. You can cancel anytime and if you cancel within 14 days you won't be billed.
Subscribe to News24
Next on Life
Inside info you would want to know about Ford's new single- and super-cab Ranger bakkies