Design, technology, or capabilities - What really makes a good SUV? 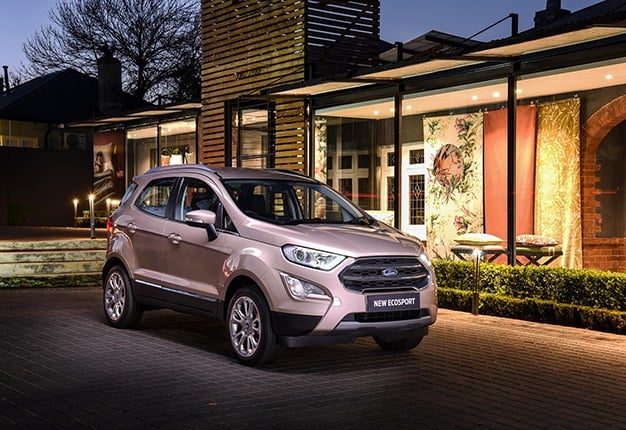 Take a look around on the roads today, and you will see Sport Utility Vehicles (SUVs) everywhere.

That wasn’t always the case. For years, sedans, wagons and hatchbacks ruled the roads, and were for many customers the only options when buying a new car. But since the birth of the SUV segment in the 1950s and 1960s, these flexible and capable vehicles have become more and more popular.

The increasing popularity of SUVs can be attributed to many changes in the segment. Improvements in engine technology and a better understanding of aerodynamic design have helped to increase their efficiency to passenger-car levels, saving owners money over the lifetime of the vehicle. There have also been dramatic improvements in safety, making SUVs some of the safest cars on the road. Another key aspect is design: People want to buy a vehicle that looks like it’s ready to take on the world.

Ford says it has been designing and building SUVs for almost as long as the vehicles have existed. Over that time, Ford’s design team has learned what customers are looking for in an SUV and refined the design process into an art form.

What makes an SUV?

According to the automaker, countless individual elements go into distinguishing an SUV from other vehicles. These elements can be emphasized or toned down depending on the intended customer and segment,.

The firm says: "At its heart, a Ford SUV needs to be both capable and versatile, and the design plays a major role in presenting that image. Even more than most cars, SUVs are bought because of the emotions they evoke and the doors that they open – SUVs give drivers the opportunity to go almost anywhere and do more than other vehicles." “When designing an SUV, it’s so important to portray a sense of the vehicle’s robustness and strength,” said Doreen Mashinini, Marketing Manager, Ford South Africa. “After decades of designing the world’s best utility vehicles, we know what makes an SUV look like it’s ready to take on the world. From high ground clearance, to a wider stance, every element has been tailored with functionality at the top of our mind.”

Highlighting an SUV’s robustness alone is not enough: It is an SUV’s versatility that makes it stand out as the ultimate vehicle for modern lifestyles, says Ford.

"Customers want a car that fits seamlessly into their lives – a vehicle equally at home whether on a long commute, taking the kids to school or discovering hidden secrets on a weekend trip."

The design of a Ford SUV usually begins with a basic silhouette, says the automaker. Designers need to have an idea of a vehicle’s size and shape before they turn their attention to the finer details. At this stage the designers are already targeting specific customer requirements. For example, if the vehicle is expected to primarily be used in the city then a smaller silhouette will be important to help the customer maneuver in busy traffic.

Whereas if the vehicle is targeting a customer with a passion for the outdoors then a bigger, wider silhouette will be important to improve the vehicle’s off-road capabilities. Even with these simple outlines, it’s easy to distinguish the vehicle as an SUV thanks to some instantly recognizable design traits.

For instance, says Ford, a raised driving position enables the driver and passengers to see over obstacles and traffic, giving a better view of the road ahead. Higher seating positions also make entering and exiting more natural. This has the added benefit of making SUVs easier to load without having to bend or crouch – a back-saving advantage for parents putting small children into car seats.

The natural stance of an SUV is also much bolder than that of other vehicles. Increased ground clearance, a raised driving position, and more aggressive approach and departure angles are all classic hallmarks of Ford’s SUV DNA.

Some smart design tricks can even make smaller vehicles, such as compact SUVs, maintain a feeling of toughness. Bold, horizontal lines across the front can help to make the vehicle look wider, more powerful and firmly planted. Greater ground clearance adds to the sense that a vehicle can go anywhere and tackle any terrain.

Robustness and strength are synonymous with Ford SUV design, and just as designers employ certain techniques to allow smaller SUVs maintain their tough appearance, they can also use other features to increase the feeling of capability in larger vehicles. The Everest, for example, makes use of silver skid plates at the front and rear to improve its off-road ability and present an image of ruggedness. In the 50 years since the original Ford Bronco was released, designers have built up a wealth of knowledge about what SUV customers are looking for. They know that at its core, an SUV should be a perfect blend of the capability and functionality of a truck, with the style, comfort and drivability of a passenger car.

The evolution of SUVs

Perhaps surprisingly, these fundamental requirements have not changed since the first Bronco was introduced to the world in 1965. What has changed is the demand for a greater variety of SUVs, and growing expectations for the capabilities that these SUVs need to deliver.

While some customers still require the strength of traditional body-on-frame off-road SUVs, such as the robust Ford Everest, evolving customer demand has led to the development of SUVs on road-focused platforms designed with the urban jungle in mind, like the agile Ford EcoSport.

Compact SUVs like the EcoSport have seen rapid growth thanks to a growing need for nimble, efficient vehicles that are easier to drive and park in busy urban areas. Offering many of the same benefits as their larger SUV counterparts, including roomy cargo areas, a higher driving position and a feeling of robustness, these SUVs are perfect for both city driving and weekend escapes. 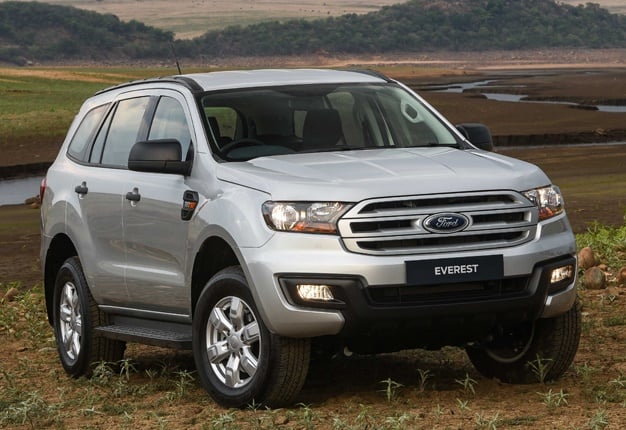 Even larger SUVs, however, are now expected to deliver excellent fuel economy. In part, this has been achieved by the introduction of more efficient powertrains, including the availability of EcoBoost engines in most of Ford’s vehicles sold in South Africa. Advanced EcoBoost technology is designed to provide drivers with the efficiency they need in day-to-day driving, and the power they want in situations such as passing on a highway.

Design also plays an important role in boosting efficiency: The Ford design team works closely with aerodynamics engineers to create SUVs that are able to slip through the air with ease.

This may mean adding “kickers” on the rear side windows to reduce drag, as on the EcoSport, or creating an advanced 3D-formed front under-shield to more efficiently manage air flow under the vehicle, as on the Everest. Each new Ford vehicle requires thousands of hours of testing to maximize its aerodynamic efficiency.

Data from this testing can help designers to create a more efficient vehicle, but one that still presents an image of capability, versatility and opportunity that is at the core of what it means to be an SUV. And as it has over the years, the significance of that design will continue to increase.

“The design of an SUV is already a hugely important distinguishing factor,” said Mashinini. “As their popularity grows, it is only going to become more important as brands attempt to distinguish their products from their competitors. It is vital that however the segment evolves, all of our SUVs remain unmistakably Ford.” We live in a world where facts and fiction get blurred
In times of uncertainty you need journalism you can trust. For 14 free days, you can have access to a world of in-depth analyses, investigative journalism, top opinions and a range of features. Journalism strengthens democracy. Invest in the future today. Thereafter you will be billed R75 per month. You can cancel anytime and if you cancel within 14 days you won't be billed.
Subscribe to News24
Related Links
New SA-bound Ford Everest tested in Botswana - new engines, enhanced tech
Next on Wheels24
DRIVEN | Defender 90 D300 HSE: Taking Land Rover's latest tank to the Tankwa

Get the newsletter
Lockdown For
DAYS
HRS
MINS
Brought to you by
Voting Booth
Petrol prices are almost at R30 per litre. What are you doing to help deal with monthly fuel bills?
Please select an option Oops! Something went wrong, please try again later.
I've downgraded my vehicle.
6% - 3 votes
I've joined a lift club.
4% - 2 votes
Nothing I can do. I am struggling with costs.
71% - 35 votes
Working from home is a saving grace.
18% - 9 votes
Previous Results
Car Doctor
Car doctor | How 'pimping your ride' could affect your vehicle insurance - what...