• One engine, mated to either a manual or automatic transmission, powers the range.

Haval South Africa launched its second vehicle since the P Series in December 2020. However, the newest one will compete in the highly competitive SUV segment, while the P Series does duty in the just-as-important bakkie segment. The Jolion joins a sea of SUVs in the local car parc, but looks to win customers over with its lucrative price tag and a well-specified package.

The question remains, though: Does the Jolion live up to the hype, or is it merely just another Chinese product looking to stake its claim?

The Jolion is definitely an SUV that will draw you in with its looks. The exterior design is rather bold and exhibits a sense that it will not just disappear in traffic. The daytime-running LEDs add a dramatic effect to the package, and it is carried across the entirety of the vehicle.

At the rear, the lamps remind strongly of the Volvo XC60, but perhaps it's only because we've been spending a fair amount of time with the Swede the last while. In all, the Jolion takes on a confident stance and is by far one of the most striking vehicles we've come to see from a Chinese automaker.

Inside, depending on which model you choose, the seats are covered in cloth or leather. The leather seats found in the higher-grade models see 'Haval' engraved onto them and offer ample support. Soft-touch materials adorn the cabin, but there has also not been any skimping on the use of plastic. Regardless, the cabin looks and feels like a vehicle from a higher segment, and Haval must be commended for leaving no stone upturned when assembling the cabin.

While the Jolion's cabin is solid, it would be interesting to see if it withstands the test of time. In other words, would it still be as good in five years' time…

What do you think of the new Haval Jolion, would you consider buying it? Email us your thoughts or use the comments section below. One engine powers the Jolion line-up, mated with either a six-speed manual or seven-speed dual-clutch transmission. Only automatic transmission models were on offer at the launch, with us driving the top-of-the-range Super Luxury model. The turbocharged 1.5-litre petrol engine offers 105kW and 240Nm, and has enough oomph to keep the momentum going in the city.

Outside of the concrete jungle, however, the engine is left wanting. Though it picks up speed, it only does so when you mash the throttle. It does not react positively to immediate throttle inputs and whales irritatingly loud when it does so. On this model, drivers can change gears via the paddles behind the steering wheel, but cogging over in manual mode is not too inspiring under harsh acceleration. The engine's response might improve once it's been driven in, though.

The Jolion's electronic nannies (lane keep assist, lane departure alert, front collision alert) are very aggressive and will make their presence felt when you least expect it. Though drivers can deactivate these settings, it's best to first familiarise oneself with the SUV's onboard menus and settings before setting off on your journey.

Satellite navigation might not be part of the package, but Apple CarPlay allows for Google Maps or Waze to be mirrored onto the centrally-mounted touchscreen. Haval South Africa says that it is to finalise the licencing agreement with Google and integrate Android Auto into its vehicles. 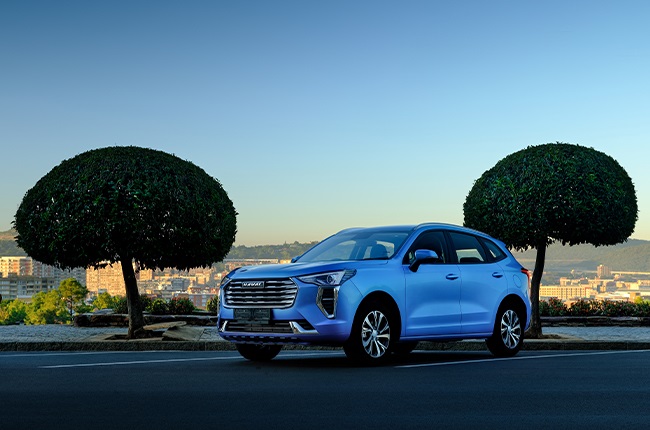 The Jolion makes quite the statement in the local market. It is well-priced, well-specified, and should appeal to a broader audience. However, for Haval South Africa, they would need to up the marketing for this vehicle and not just rely on the launch hype to drive sales. It would seem, though, that the Jolion could be the best vehicle Haval has launched in South Africa to date, but that impression needs to be relayed to the local consumer in the right way.

If it does not happen, the Jolion could fall victim and be drowned by the rivals running the roost locally.

Priced between R299 900 and R398 900, the Jolion is pretty clear on its intend: win over the South African buyer. But for Haval to win customers, they would need to inspire confidence. And that's the big challenge that awaits them - regardless if they were the eighth best-selling automaker in SA last month. 2021 Haval Jolion
Quickpic
We live in a world where facts and fiction get blurred
In times of uncertainty you need journalism you can trust. For only R75 per month, you have access to a world of in-depth analyses, investigative journalism, top opinions and a range of features. Journalism strengthens democracy. Invest in the future today.
Subscribe to News24
Next on Wheels24
REVIEW | Forget about the market, Mazda's new CX-30 must first overcome sibling rivalry