It's a no-brainer: Why Volkswagen's new T-Roc will be a hit in sunny SA when it arrives in November

• SUV to officially go on sale in November 2020

Just as Youth Day 2020 ended, Volkswagen used the next day to showcase another vibrant and new addition to its model line-up. The T-Roc is the latest addition to VWSA's arsenal and brings with it a drawing power that is sure to capture the attention of young and old.

The T-Roc is the fifth model in Volkswagen SUV line-up, joining the T-Cross, Tiguan, Tiguan AllSpace, and the Touareg. Slotting between the T-Cross and Tiguan, the T-Roc will bridge a gap that was so desperately needed to fill.

What it comes down to is that the T-Roc is poised for success and all VW needs to do is make sure that it speaks a (marketing) language our people understand. Not that they'd have an issue with it, because the T-Roc is already in a prime position.

Will the T-Roc be a sales success locally? Email us with your thoughts and opinions. SUVs are the go-to vehicles nowadays, and Volkswagen knows this. It is why most of its family cars in SA are SUVs. Along with bakkies, SUVs have grown in popularity, and the advantage in practicality they have over sedans and hatchbacks are noteworthy.

Volkswagen SA already began rearranging its focus locally by discontinuing models like the Jetta, Passat, and Arteon, all in a bid to maximise market share in the lucrative SUV market. This demand for SUVs necessitated the need for VW to expand its portfolio, which brings us to the T-Cross and T-Roc.

The T-Cross arrived locally in 2019 and was an immediate success. It undercut the Tiguan on price, albeit with less space to contend with. But it was a masterstroke that played into VW's favour. However, there was an issue. The gap between the T-Cross and Tiguan was too big, and the automaker needed something to fill that space.

The T-Roc is that filler. And if the sum adds up, this new SUV might be the biggest breakout SUV of the year. 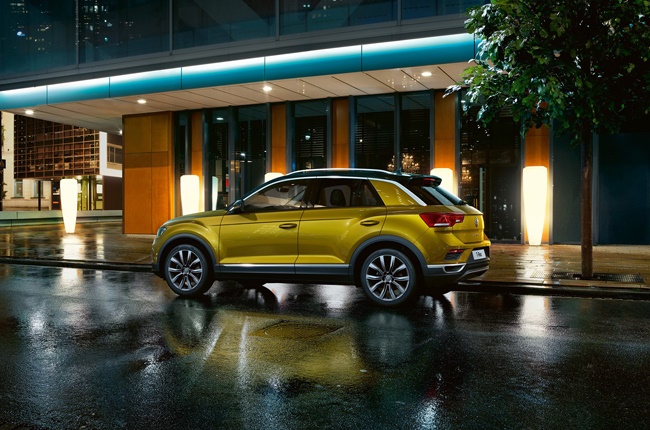 Getting the pricing right

Volkswagen's SUVs count among the ten best-selling passenger cars every month. The Tiguan and T-Cross consistently make their presence felt, and the trust buyers have in VW goes a long way in supporting the sales successes.

But how will the T-Roc line up with regards to price? For many, this will be a deciding factor because the purchasing decision needs to be justified. The uncertain economy, however, is wreaking havoc on prices, and VW said that pricing would be announced in August; given that the SUV will officially go on sale in November.

So, what price range are we looking at? According to Martina Biene, head of the Volkswagen brand in South Africa, the entry-level model would carry an asking price of around R500 000, and the top R-Line model one of about R600 000.

With such indicative pricing, it places the T-Roc on par with the Tiguan and Tiguan AllSpace, but with the advantage that the top model undercuts both its bigger siblings'. Given that the T-Roc is the more aesthetically pleasing of the models around it, it should also count in its favour to get sales signatures. While some might frown at the half-a-bar asking price, the T-Roc will meet its sales targets every month.

It is for these reasons that we believe the T-Roc will be the next highly sought-after SUV in Volkswagen's local stable.

We live in a world where facts and fiction get blurred
In times of uncertainty you need journalism you can trust. For 14 free days, you can have access to a world of in-depth analyses, investigative journalism, top opinions and a range of features. Journalism strengthens democracy. Invest in the future today. Thereafter you will be billed R75 per month. You can cancel anytime and if you cancel within 14 days you won't be billed.
Subscribe to News24
Related Links
SA-bound Volkswagen T-Roc to make digital premiere
Volkswagen releases pricing for range-topping 110kW T-Cross R-Line in SA!
Next on Wheels24
Scout III: Move over Ford Bronco, VW plans to revive the iconic off-road moniker

Get the newsletter
Lockdown For
DAYS
HRS
MINS
Brought to you by
Voting Booth
Do you think Mercedes will return to form later in the 2022 F1 season after two poor races?
Please select an option Oops! Something went wrong, please try again later.
Yes, don't discredit them.
33% - 456 votes
Who cares, F1 is exciting again!
44% - 596 votes
No, it's Ferrari's turn to dominate again.
23% - 315 votes
Previous Results
Car Doctor
How much it costs to replace tyres if you buy one of SA's 5 most popular vehicles