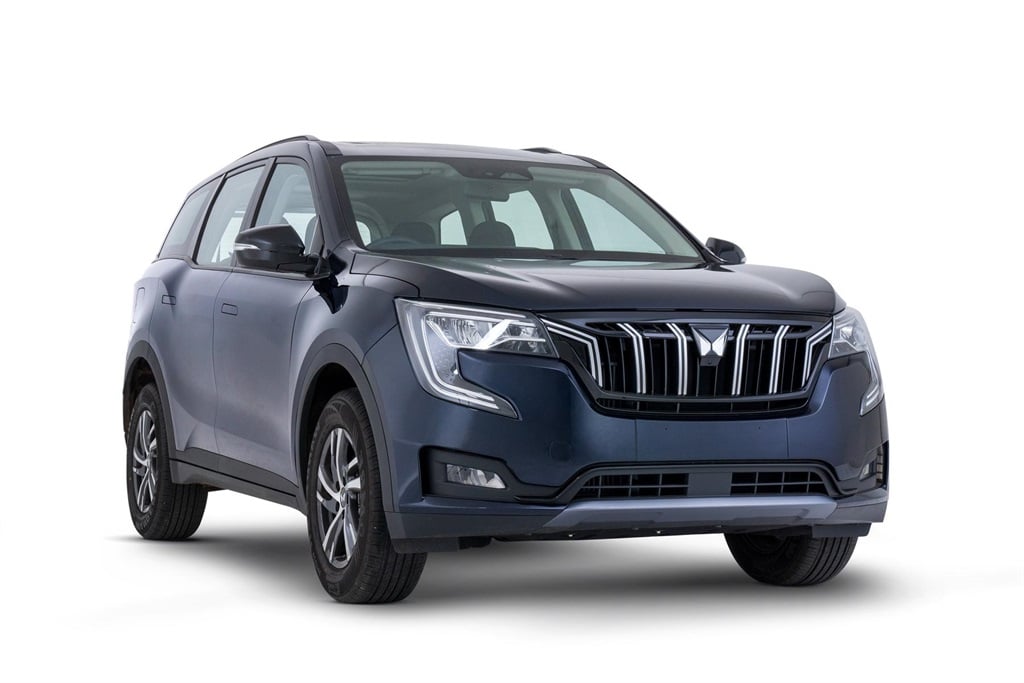 Previewed about two months ago with the launch of the new Twin Peaks logo, the Mahindra XUV700 (pronounced as XUV, seven double 'Oh') SUV fitting exemplifies the bold direction the Indian manufacturer has embarked on with products designed to deliver a new-age ownership experience.

Built from the ground up on an all-new platform, the XUV700 was initially supposed to supersede the current XUV500. During its development, however, Mahindra decided to change its designation to better describe its upmarket aspirations with a contemporary design, advanced technology, world-class safety, excellent performance, and sophisticated dynamics. The XUV700 is still available for pre-order (until 30 November), and Mahindra has included an exclusive offer for each of the first 700 customers who place an order online, complete the pre-order, and pay a fully refundable deposit at a dealer.

Customers can choose from a free service plan and warranty extension of up to seven years or a package of a R3 000 fuel card, custom-fitted XUV700 side steps, and a Mahindra tow bar. So, order one now from any Mahindra dealer.

While the XUV700 still displays some design traits from the XUV500 (specifically seen from the side), its most striking feature is the attractive and more aggressive new front grille. It includes the new Twin Peaks logo, flanked by LED clear-view headlamps clusters with automatic boosting, LED daytime running lights and LED sequential indicators. Conventional door handles now give way to recessed smart door handles, a first-in-segment for the XUV700, and prominent haunches above the wheel arches give it a sporty stance. At the rear, the arrow-tip taillights utilise LED technology, with an additional high-level LED brake lamp.

Taking pride of place in the completely redesigned, much more contemporary, and spacious cabin of the XUV700 is the new Mahindra Super screen – a combination of two high-definition 26 cm digital screens for the digital cluster and user-friendly infotainment systems, including detailed vehicle information. Foregoing the W-designation of other Mahindra models, the XUV700 follow Indian nomenclature. The three locally available variants are the entry-level yet high-spec AX5 five-seater, the AX7 seven-seater and the flagship AX7 L.

All three variants are fitted with Mahindra's large Skyroof panoramic sunroof, creating an airy and light ambience in the cabin, a Sony sound system for a customised sound experience, as well as Apple CarPlay and Android Auto, allowing for seamless connection with any smartphone. It also allows for voice commands.

The AX5 comes with cloth seats, but the leatherette seats in the top-line AX7 and AX7 L models available for test drives were comfortable. Yet, despite six-way electric control seats, finding the perfect driving position was difficult. Second-row passengers have ample seating space, and even the third-row seats are big enough for an adult, albeit slightly cramped. However, the cabin is a pleasant place to be in with a soft touch, tactile materials, and high-quality trim. Underpinned by an entirely new platform, the body of the SUV is made of enhanced high-tensile and ultra-high tensile steels to increase its toughness and torsional rigidity while reducing the vehicle's overall weight, and contributing to reduced fuel consumption, according to Mahindra.

On the test route, we could experience the improved rigidity and enhanced NVH (noise, vibration, and harshness levels) of the XUV700; in this regard, it is now on par with the best in class. A vast improvement over the older XUV500 is the lack of cabin noise, warranting a calm and serene ambience while travelling. The all-independent suspension, including a multi-link system with a stabiliser bar and FSD (Frequency Selective Damping) technology at the rear, ensured a smooth and comfortable ride on various road surfaces, and its handling was surefooted and predictable. However, the steering feel is still very artificial.

All the models are powered by a 2.0-litre mStallion turbo-petrol engine delivering a punchy 149kW at 5000rpm and 380Nm available from a low 1 750rpm. Mahindra did not supply any performance figures, but the engine felt perky enough – despite the XUV700's bulk.

Coupled with a smooth-shifting 6-speed auto transmission (apparently remapped to match the power profile of the engine at South African cruising speeds), the engine's good torque characteristics made overtaking and town traffic driving easy, and its overall refinement impressed. Funnily, no mention was made of a diesel derivative (already available overseas) coming our way. With safety systems such as Blind View Monitor as standard (on the AX7 L), with digital cameras mounted in the nose, tailgate, and side mirrors for a 360-degree bird's-eye view, seven airbags and a comprehensive Advanced Driving Assistance Systems (ADAS) (standard in the top model), the XUV700 is on par with the top competitors in its class.

Available in some really funky colours, it represents a considerable step up from the previous models and redefines the benchmark for Mahindra. Priced from R474 900 to R559 999, the XUV700 also represents excellent bang for your buck compared with rivals from some more fancied brands – enough reason already to give this remarkable Indian SUV some serious consideration. We live in a world where facts and fiction get blurred
In times of uncertainty you need journalism you can trust. For 14 free days, you can have access to a world of in-depth analyses, investigative journalism, top opinions and a range of features. Journalism strengthens democracy. Invest in the future today. Thereafter you will be billed R75 per month. You can cancel anytime and if you cancel within 14 days you won't be billed.
Subscribe to News24
Next on Life
DRIVEN | New Hilux GR Sport: the most overtly-sporty Toyota bakkie ever made