No, not a Hilux or Ranger - you'll never guess what South Africa's most driven bakkie is 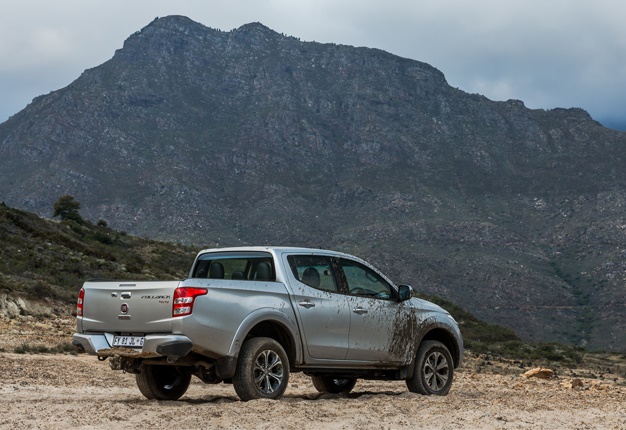 • South Africans love their bakkies and the Toyota Hilux and Ford Ranger are the two most popular.

• The AutoTrader analysis reveals the top 10 most driven bakkies with a 2019 registration year.

While the Toyota Hilux and Ford Ranger may rule the roost in the new vehicle sales statistics, the Fiat Fullback is currently the most driven bakkie on South African roads.

This has been revealed following an analysis of data pertaining to bakkies listed on AutoTrader. The analysis reveals the top 10 most driven bakkies with a 2019 registration year (that were listed in October 2020). AutoTrader is the largest digital automotive marketplace in South Africa. As such, it provides unparalleled insight into car-buying patterns in the country.

The ranking of the Fiat Fullback – first shown to the world at the 2015 Dubai International Motor Show and subsequently launched in South Africa in mid-2016 – is perhaps surprising, since it has never topped the sales rankings in this country.
For the first time in a while, it did, however, make the list of the top 10 best selling new bakkies last month (October 2020). With 59 unit sales, it achieved 10th position.

According to George Mienie, AutoTrader CEO, while the Fiat Fullback isn’t one of the top-selling new bakkies in South Africa, its performance in the most driven rankings is a clear indication that owners of these bakkies have confidence in them. "The ranking indicates the Fiat Fullback’s perceived reliability as a workhorse. Owners are perfectly happy to put mileage on these willing and able commercial vehicles," he notes.

The Fullback is available in 4x2 and 4x4 guise, and as a single or double cab. It is powered by a 2.4-litre petrol engine and 2.4 or 2.5-litre turbo-diesel powerplants.

Owners of the Toyota Land Cruiser 79 – the sixth most sold new bakkie in October 2020 – clearly feel the same way. It is currently the second most driven bakkie in South Africa, with an average mileage of just over 49 000 km.

Also getting the thumbs up in terms of customer confidence are the Isuzu D-Max and Mahindra Bolero – in third and fourth positions when it comes to the most driven bakkies. The appearance of the D-Max comes as no surprise; it is consistently in the top five when it comes to new bakkie sales in South Africa. Last month, for instance, it ranked fourth with 1 131 sales.

Top 10 most driven cars with a 2019 registration year Source: October 2020, Autotrader
Supplied
We live in a world where facts and fiction get blurred
In times of uncertainty you need journalism you can trust. For only R75 per month, you have access to a world of in-depth analyses, investigative journalism, top opinions and a range of features. Journalism strengthens democracy. Invest in the future today.
Subscribe to News24
Related Links
Hilux vs. Ranger: a closer look at which bakkie South Africans actually want
WATCH | Nissan hints at what SA-bound Navara will look like come November 2020
What South Africans want: a double cab for under R400 000
Next on Wheels24
First encounter with Ineos Grenadier: Should South Africans get excited over this SUV?