• The SUV is fitted with several optional extras like a panoramic sunroof and 360-degree camera.

The technology present in most premium models these days is something to behold. You get songs that can be changed with a full hand motion, while others have innovative self-drive software.

Safety is also not lacking either and top of the list with features like Automatic Emergency Braking and Lane-Keep Assist - both of which come standard on the Volvo XC40 T4, which currently forms part of Wheels24's long-term test fleet.

As far as trim levels go, the Swedish automaker offers three: Momentum, Inscription and R-Design, with pricing starting from R635 000. The one in our garage is the Inscription and comes fitted with a number of cool optional extras like a panoramic sunroof, 360-degree camera, and a pumping Harman Kardon Premium Sound system. Attention to detail was paid

Volvo has long been the pioneer of occupant safety, and the buck doesn't stop in their models currently on offer. The XC40 might be the 'baby' of the range, but you most certainly don't feel that way when nestled behind the hugely driver-centric cabin area. The Onyx Black Metallic paint job might be a R2 950 extra but, combined with the large chrome-finished front grille and full LED headlights, attract an allure like no other.

The exterior is an attractive proposition on its own, but it is inside where the party really comes to life. The fully adjustable leather electric front seats with memory function in the driver seat are as comfortable as they come, for starters. Sections like the door panels, dashboard and leather-clad multifunction steering wheel are black and bring out the pop in the chrome air vents, centre console wood trim and Volvo badge.

Just like in a cinema, everything has to be dark in order to enjoy the movie fully. The large infotainment screen is a treat on its own where the driver can control in-car climate, navigation, safety features, smartphones and even make the rear passenger headrests fold down, all of which can be done with the press of a button. The crystal Orrefors-branded automatic gear selector is another bespoke addition, breaking the dark theme nicely and just adds further exclusivity.

Coupled with the fully digital instrument cluster, everything from Adaptive Cruise Control with Pilot Assist to Road Sign Information display can be controlled and monitored at the driver's discretion. The Road Side Information Display is a real gem where seeking out traffic cameras are concerned, letting out an audible beep if the vehicle is approaching one.

Initial impressions are that the SUV is designed to make the driver entirely focused on driving because it does everything else - all with the assistance of crystal-clear screens.There is much more to the XC40 than just its decadent interior, and all signs point to exciting trips yet to be undertaken in the coming weeks. 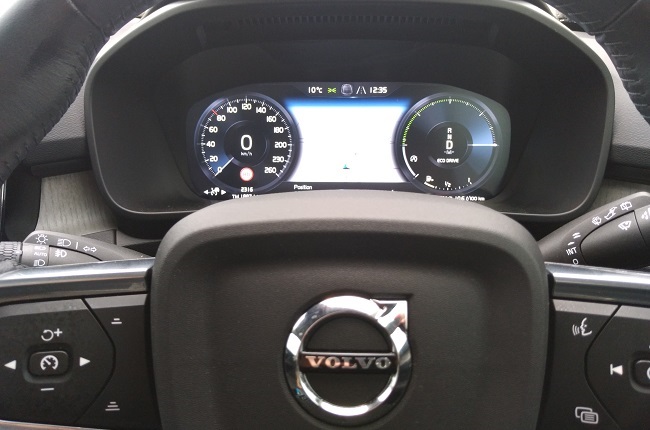 We live in a world where facts and fiction get blurred
In times of uncertainty you need journalism you can trust. For only R75 per month, you have access to a world of in-depth analyses, investigative journalism, top opinions and a range of features. Journalism strengthens democracy. Invest in the future today.
Subscribe to News24
Next on Wheels24
Mahindra brings its new off-road Scorpio S11 Adventure SUV to SA in limited numbers