• Triton offers one of the best ride qualities of all bakkies in South Africa.

One of the most underrated bakkies in South Africa is the Mitsubishi Triton. It is an often overlooked vehicle that picks up the scraps of what is left after prospective buyers opt for the Toyota Hilux, Ford Ranger and Isuzu D-Max.

It cannot be stressed enough, but it is somewhat unfair that more people do not consider such a good bakkie.

Have you considered purchasing a Triton? What made you decide to go through with, or cancel, the purchase? Email us. 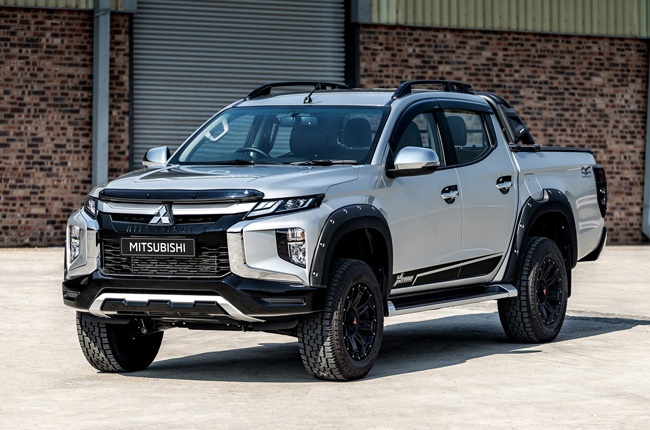 In the second week of June 2020, Mitsubishi announced its product offensive for 2020 and 2021, starting with the arrival of a new top model in the Triton range. The Triton Xtreme is equipped with accessories to the value of R100 000, but the automaker is giving it to customers at a R40 000 premium over the existing top model: a double cab 4x4 automatic.

This is also the model the Xtreme is based on.

At R639 996, the Triton Xtreme looks to offer good value for money - on paper, at least. It is equipped with Mitsubishi's proven 2.4l turbo diesel engine (133kW/430Nm) and is fitted with the Super Select II 4x4 system. It just works, and the bakkie now looks to take on the very best Ford and Toyota has to offer.

The Triton Xtreme, if you will, is what the WildTrak (R730 000) is to the Ranger. What the Legend 50 (R709 800) is to the Hilux. At the price, neither the Ranger nor Hilux can match the Triton for what the package offers, but they do have consumers' trust. An area Mitsubishi trails them in. In a recent conversation with someone closely associated with a Mitsubishi dealer, it was mentioned that while the brand's products are proper, the automaker does not do enough in terms of marketing. From an outside perspective, one can understand because you do see more advertisements of rival bakkies than those of the Triton.

Is Mitsubishi content with only selling a percentage of what Toyota achieves with its Hilux every month? Are consumers perhaps cautious about opting for a Triton over a Hilux or Ranger because there is not enough marketing going around to persuade them? Is trust perhaps lacking because the brand is not "out there"?

Automotive experts will be quick to point out the Triton is a reckoned bakkie - perhaps even better than the Hilux or Ranger, depending on the conducted tests. But articles in motoring publications cannot, and should not, be enough to win a buyer over.

If Mitsubishi wants to get a piece of the pie the Hilux and Ranger so thoroughly enjoy, it needs to promote its Triton aggressively. Because frankly, the bakkie deserves nothing less. 2020 Mitsubishi Triton Xtreme. Image: QuickPic
We live in a world where facts and fiction get blurred
In times of uncertainty you need journalism you can trust. For 14 free days, you can have access to a world of in-depth analyses, investigative journalism, top opinions and a range of features. Journalism strengthens democracy. Invest in the future today. Thereafter you will be billed R75 per month. You can cancel anytime and if you cancel within 14 days you won't be billed.
Subscribe to News24
Related Links
Triton goes Xtreme! New, limited edition bakkie now headlines Mitsubishi's bakkie range in SA
Mitsubishi has a fresh Triton model and all-new seven-seater MPV headed for SA
Next on Wheels24
SEE | 4 Hybrid petrol-electric cars to help you maintain a healthy monthly fuel budget