REVIEW: Here's why the Mahindra Pik Up shouldn't be brushed aside 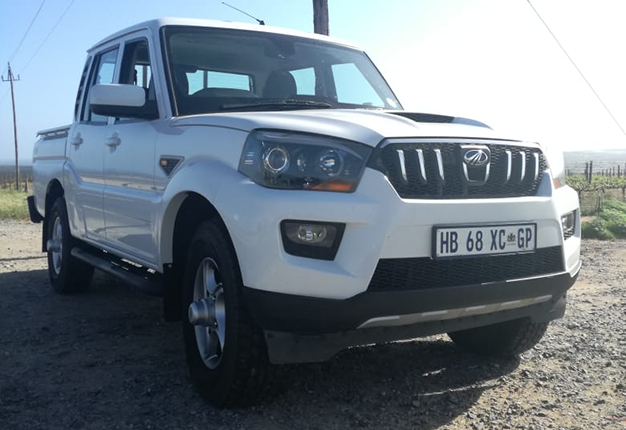 You wouldn't think it, but the Mahindra Pik Up has quite a lot to write home about and it's one of those vehicles that the South African buying public is beginning to take seriously as an alternative option in the bakkie market.

It might not be the most gorgeous bakkie available locally, but it is most certainly not atrocious and its rugged looks might need an acquired taste, but that's not what this vehicle is all about.

So perhaps in the past, we stuck our noses in the air and said "What? A Mahindra? I will never...". It is of Indian origin after all too, but if there is one thing this bakkie maker has learned it was to listen to the feedback. Not only that, earlier in May 2015, the automaker opened up a new vehicle assembly facility in Durban.

The new vehicle assembly facility for Mahindra vehicles is located in the Dube TradePort Special Economic Zone (SEZ) next to the King Shaka Airport in KwaZulu-Natal. Here the company assembles the complete range of Mahindra Pik Up single- and double cab bakkies.

I remember going on a launch many moons ago and the comparison between the first generation and the one I have driven recently on test is almost night and day, even if we're just talking about build quality and driving dynamics.

I liked the #Mahindra #PikUp a lot more than I had anticipated. The 2.2-litre turbocharged diesel engine delivers 103kW and 320Nm. Despite the hard drive, which is expected in a work horse, the build quality has been improved, and gear changes are smooth. . . . . . . #latergram #carsofinstagram #carstagram #carpic #cars #wheels24garage #wheels24testcar #bakkie #lovemyjob #cargirl #SQ #bakkiesofinstagram #bakkiepicture #pickup #truck #bakkiegram #MahindraSA

As much as the bakkie is built to be a workhorse for the likes of small business owners, I see no problem with having the Pik Up as a daily drive.

The most difficult thing to get used to is the hard ride because of the stiff suspension. I could live with it a lot easier than my toddler would. On the first day of bringing this bakkie home, my 4-year-old chirped on the way home on the school run: "Mommy, I don't like this car, it's very bumpy on the road." Then again, she's a tough critic.

It might not absorb many undulations, but you learn how to drive it gently over speed humps and rough surfaces. Once it gets going, you're smooth sailing. I was most surprised by its fuel consumption. The Pik Up has an 80-litre tank and Mahindra claims an average of 7.9-litres/100km. I managed a low 8.1-litres/100km and about 8.8-litres in more spirited driving, which is still quite good in terms of usage.

It also comes with a host of safety features and equipment including ABS, EBD, dual front airbags, side-impact protection bars, Isofix fixtures for child seats and an auto-lock function.

In terms of convenience goodies there's aircon, satnav, stop/start functionality, follow-me-home lights and a really neat Mahindra Rise logo below the front door sides which lights up the ground at night when you lock or unlock the vehicle.

The huge windscreen made the vehicle so much more enjoyable, along with the good, high seating positions. The four side windows, and the rear windscreen, are rather large too and scores extra points with my toddler and me. She's at her happiest when she can look out the window from her car seat in the rear.

The load bay has a rubberised layer for protection so you don't have to worry about leaving any scuff marks when you're hauling a heavy load of sorts.

Other than the hard suspension and a tiny bit of wind noise that eventually drowns out in the background, there's a pretty good reason why this bakkie is becoming a popular choice in the local market. It's off-road capabilities and workhorse persona might be its selling point, but I would quite happily use it as a daily drive.

We live in a world where facts and fiction get blurred
In times of uncertainty you need journalism you can trust. For 14 free days, you can have access to a world of in-depth analyses, investigative journalism, top opinions and a range of features. Journalism strengthens democracy. Invest in the future today. Thereafter you will be billed R75 per month. You can cancel anytime and if you cancel within 14 days you won't be billed.
Subscribe to News24
Next on Life
DRIVEN | Why the all-new Ford Everest has the Toyota Prado in its sights and not Fortuner