• The French compact SUV first arrived in 2013 and has enjoyed success in the local market.

One of the first road trips I undertook when returning to the Big Smoke Mother City was in a Renault Duster.

The French compact SUV, in 4x4 form, took us to the West Coast National Park for a few nights and then onto Kgalagadi National Park.

The Duster's high ground clearance, good manual gearbox and frugal diesel motor made the driving experience perfect on the highway and gravel roads in the parks.

I vaguely recall an average of between five and six-litres per 100 kilometres. Perfect for a road trip, and that was despite the car laden with three adults and a full boot.

The interior might have more plastic than a Chinese shop, but it was functional and robust. It had a touch screen that was hard to read when hit by direct sunlight, but again it did the job.

The first generation Duster did the basics well. It offered consumers excellent value with perhaps uninspired design, but that's my opinion. Remember, styling is subjective. 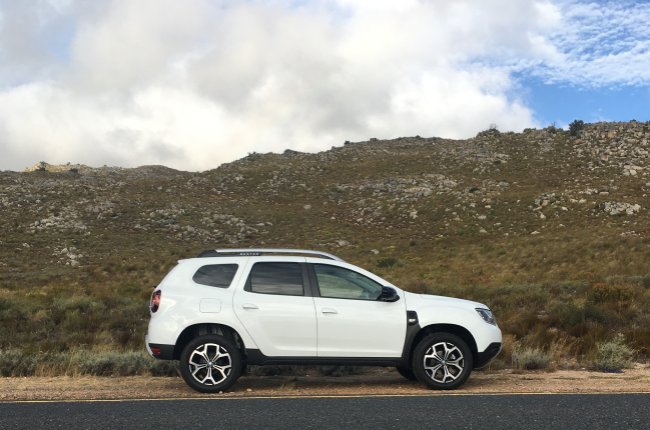 Launched in 2020, the Duster Techroad 4x2 is a newer model added to the latest Duster launched in 2018.

Besides the steely LED daytime driving lights that make it look more in vogue than a thrift shop, the Techroad model wears 17-inch diamond-cut alloy wheels, gloss black door mirrors and is adorned with unique badges.

The roof rails sport a silver hue, and it makes a good impression with its chrome radiator grille.

Admittedly, the Duster looks a lot better than the previous generation. I reckon they've got the styling spot-on. It doesn't look like pseudo-off-road SUVs that litter the roads. It even has a generous ground clearance of 210mm, more than adequate to deal with the middle mannetjie.

The boot has a capacity of 478 litres, perfect for lugging around all your daily needs and your neighbours. The Duster is fitted with chrome-trimmings on the steering wheel, climate control dials and door levers.

The infotainment has Apple CarPlay connectivity, and I quickly got accustomed to changing the volume via the lower, rear section on the steering wheel. The cruise control switch is located behind the gear lever.

The oil burner is a nippy little unit that pushes the front wheels with a decent urge via a twin-clutch gearbox. The 'box has a knack of feeling jerky in bumper to bumper traffic. However, this is a common issue with this gearbox type.

There's a bit of lag from the 1.5-litre motor but nothing to be concerned about as it swiftly finds it feet. The steering is a tad light for my liking but doesn't feel wayward or too vague.

Priced from R361 900, this particular model offers a lot of kit for that amount of money. The Techroad model offers pretty much everything you need from a compact SUV.

If you're in the market for this type of car and judging from the stats, many people are, it would be criminal to ignore the Duster.

For those still concerned about the bad press around French cars' reliability and parts availability, Renault offers the Duster standard with a three year or 45 000km service plan, and a five year or 150 000km warranty. 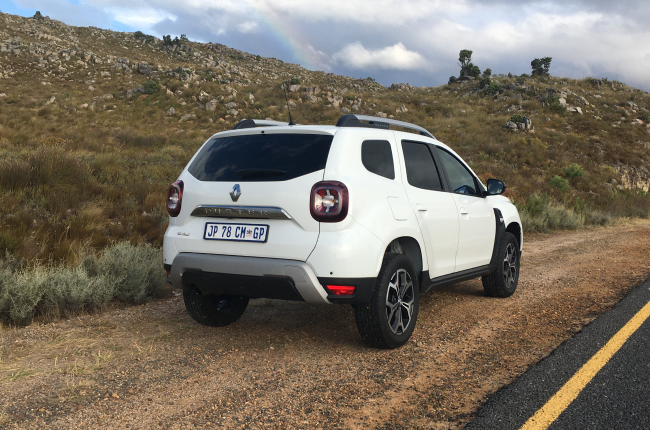 Renault Duster Techroad 4x2
Wheels24
We live in a world where facts and fiction get blurred
In times of uncertainty you need journalism you can trust. For only R75 per month, you have access to a world of in-depth analyses, investigative journalism, top opinions and a range of features. Journalism strengthens democracy. Invest in the future today.
Subscribe to News24
Related Links
Renault adds exciting new Techroad derivative to popular Duster range
WATCH | Renault stuns all by showcasing its Duster with a new turbo petrol engine
Next on Wheels24
New look and fresh technology - Pricing and specification for Jaguar's new E-Pace in SA