Driving on gravel roads might be treacherous for some but there is plenty of fun to be had on it. Robin Classen lists five things he liked about the Ford Ranger #gravelog.

For many people living in the city, driving on gravel roads is somewhat unheard of.

Stones shooting everywhere and an uncomfortable ride is not everyone's cup of tea. Try telling that to Ford and its streamlined range of Ranger bakkies.

Ford's #gravelog experience put the Ranger XLT, Wildtrak, and Raptor bakkies to the ultimate test by driving from the Mother City to Johannesburg - all on gravel roads.

The thing about driving on tar is that everything goes according to plan because you are in control of what happens behind the wheel - well, most of the time. It is a totally different kettle of fish when terrains are changed.

Here are five cool things about driving on some of the country's gravel roads:

The heading is a familiar term used in travel dialogues because you never really know what is waiting for you around the next corner. Here, that notion is very much literal. Throw a rear-wheel-drive configuration, mud, and hairpin bends into one cauldron and what you end up with is pure unadulterated fun. A bend might look easy to negotiate but that is not always the case because these gravel roads have a way of tricking the eye, making it easy to let the rear-end loose at times.

One thing about dirt and gravel roads is how quick it is to go sideways. A gentle blip of the accelerator around a bend flips the rear tyres into traction-less territory. At times you feel as if you're something of a Colin McCrae wanna-be but the caution is that it is very easy to overdo it and possibly spin out. Thankfully none of it happened on the trip.

3. The beautiful sights of SA

Perhaps the greatest advantage of taking the scenic route is what you see on the way. Yes it would have been quicker to take the highway but soaking in the countryside's greenery that is often hidden from our eyes, is something you can't take back. Driving through towns you've never heard of and simply interacting with locals makes you realise how blessed and fortunate you are to have what you do. Some towns haven't experienced rain in more than 10 years - let that sink in.

Besides spending the entirety of the trip with your partner next to you, stopping at various places like guesthouses and local landmarks enabled everyone to say 'Hi' and introduce themselves to the local folk. 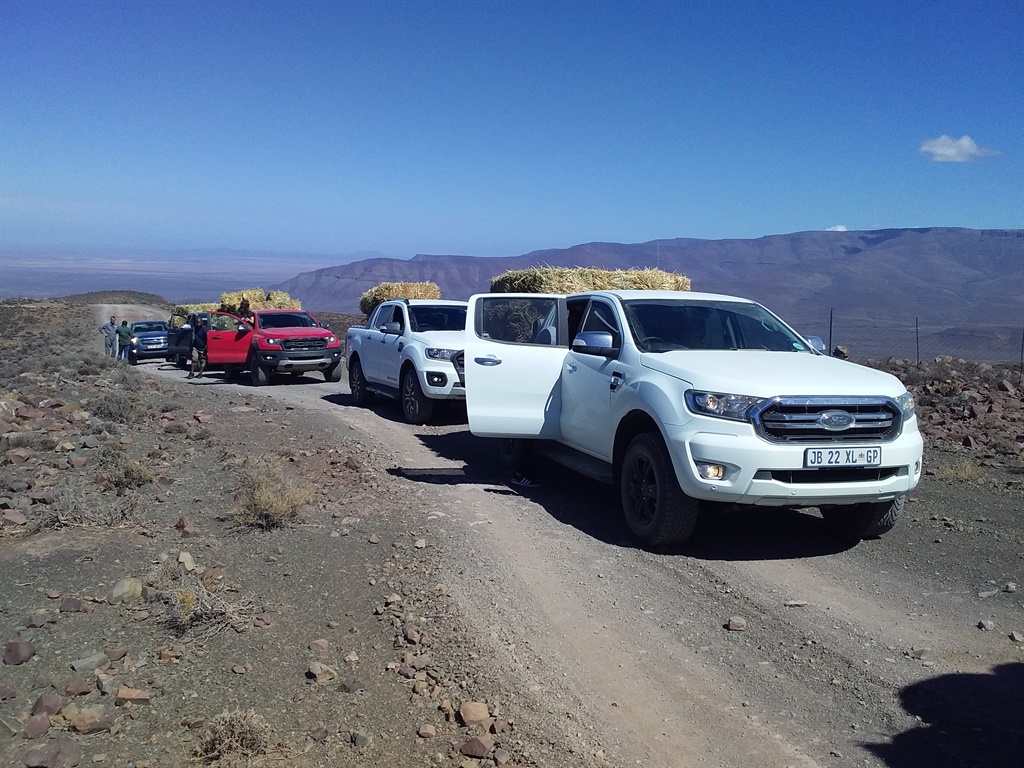 These people are so humble and friendly, always willing to answer any lingering questions the group had.

On day 1 these bakkies were as clean as a whistle but come the fourth day, all of them were covered in the same natural guise of brown hardened mud, a shadow of its former self.

The dirt was likened to a badge of honour but those that won't be happy chappies are the car wash guys at Ford's Silverton assembly plant in Pretoria, where the bakkies would be returned to.

We live in a world where facts and fiction get blurred
In times of uncertainty you need journalism you can trust. For only R75 per month, you have access to a world of in-depth analyses, investigative journalism, top opinions and a range of features. Journalism strengthens democracy. Invest in the future today.
Subscribe to News24
Related Links
SA spent R11.2-billion on second-hand cars in November while the Ford Ranger trumps Hilux as the...
WATCH: Ford Ranger Raptor - Worth the hype?
Next on Wheels24
WATCH | They've blown the doors off - Ford Bronco Raptor blasts the desert and rocks