SEE | Jimny, Duster, Vigus... These are the 5 most affordable lifestyle 4x4s in SA 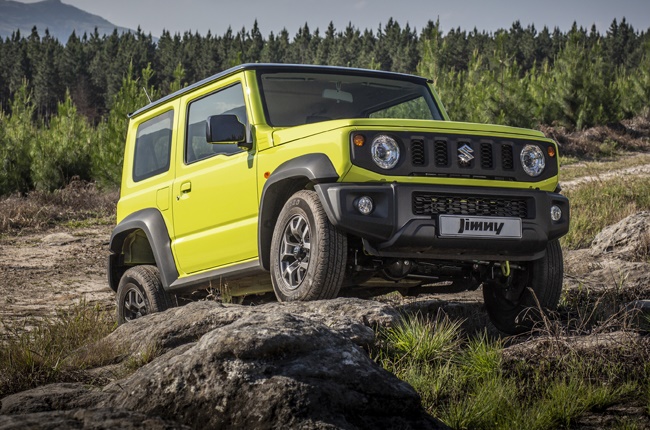 • The GWM Steed 5 SX double cab has the lowest asking price in this company.

• The list consists of three bakkies and two SUVs.

When it comes to lifestyle vehicles, our market is filled up quite nicely with these kinds of vehicles. Whether it is bakkies, SUVs, or crossovers, our people are pretty clued up as to what they want. And being equipped with a 4x4 or all-wheel-drive (AWD) system is usually near the top of the requirements list.

In these trying times, however, consumers are a tad reluctant to spend too much money on something that will depreciate rather quickly. This means that if they were to buy a new 4x4 for lifestyle purposes, the price would be an essential factor to consider.

We scoured the South African carpool and came across five new vehicles that could see to your needs without breaking the bank. The most affordable 4x4 is the GWM Steed 5 SX double cab 4x4. Retailing for R294 900, it offers many of the features you'd expect on a range's top model and a turbocharged 2.0-litre diesel engine with 105kW and 305Nm to its disposal. The engine is mated to a six-speed manual gearbox.

A favourite among local 4x4 enthusiasts is the Suzuki Jimny. Here in GA AllGrip guise, the SUV retails for R299 900 and is powered by a naturally aspirated 1.5-litre petrol engine. Though the motor's 75kW and 130Nm may not seem like much, it performs brilliantly in off-road conditions and will not hesitate to clamber through and over obstacles. This model sends its drive to the tyres via a five-speed manual gearbox.

The remaining three vehicles consist of two bakkies and one SUV. Both bakkies are from Chinese descent, while the SUV, the Renault Duster 1.5 dci Dynamique 4WD, hails from France. The Duster is another popular vehicle among local buyers and impresses with its rugged looks and capable off-road abilities.

We live in a world where facts and fiction get blurred
In times of uncertainty you need journalism you can trust. For only R75 per month, you have access to a world of in-depth analyses, investigative journalism, top opinions and a range of features. Journalism strengthens democracy. Invest in the future today.
Subscribe to News24
Related Links
SEE | Retro looks for your rock climber - Three popular modern SUVs with timeless designs
Renault adds exciting new Techroad derivative to popular Duster range
Next on Wheels24
WATCH | They've blown the doors off - Ford Bronco Raptor blasts the desert and rocks