SEE: These are some of South Africa’s cheapest bakkies The painful consequences of South Africa’s new budget are about to become real in the next few months, which means your pending bakkie purchase might be up for reconsideration.

READ: X-Class, Unimog, Amarok - these are some of South Africa's most expensive bakkies

If you wish to buy new, what are your bargain bakkie options in lieu of budgetary constraints? We've gone shopping on the cheap, to provide you with a list of inexpensive bakkie options below.

Not awful in appearance and powered by a 2.8-litre turbodiesel engine, which doesn’t make it asthmatically slow either and the cabin features electric windows and a USB port to keep your Smartphone charged and connected. The JMC Boarding’s engine produces 235Nm of torque and it is rated to carry 990kg, which is nearly a tonne. The only thing you need to be mindful of is the absence of anti-lock brakes. And airbags.

The only remnant of Tata’s once ambitious local bakkie product portfolio, the Super Ace is one of those odd, but amazingly usable, cab-over-engine compact trucks. Powered by a 52kW 1.4-litre turbodiesel and featuring the aerodynamics of a container home, the Super Ace isn’t fast – despite being relatively light for a utility vehicle, at 1160kg.

Tata claims that it will haul 1t in its sizeable load area, but would you really want to try doing that up a long incline on the N1, with only 135Nm to roll you along? Base specification has very little kit. Which means no power-windows or air-conditioning.

You don’t get an airbag or anti-lock brakes but do get a radio with USB porting function, power-steering and air-conditioning.

The GWM Steed5 is interesting in its choice of powertrain, which is 2.2-litre petrol, instead of the diesels which dominate South African bakkie specification.

Fuel-injection coaxes from 74kW and 180Nm from the 2.2-litre four-cylinder engine, which should enough to get most loads where you need them to be. Not quickly. But eventually.

The only Indian bakkie brand really worth considering, the Maxitruck is Mahindra’s value offering.

It’s a full-sized single-cab capable of carrying 1150kg, but you’d have to be a very patient driver to attempt piloting the Maxitruck at its full load-rating. It’s powered by a 2.5-litre turbodiesel which manages to convert only 46kW and 195Nm from the fuel energy source.

Those are very low numbers, especially the peak power output, which means that a loaded Maxitruck is going to be spending a lot of time in the far-left lane, its pace dictated by the haphazard commuting behaviour of taxis.

This is the Suzuki everyone appears to forget about. A compact little delivery truck which is powered by 1.2-litre engine producing 54kW and 101Nm and rated to carry 750kg. 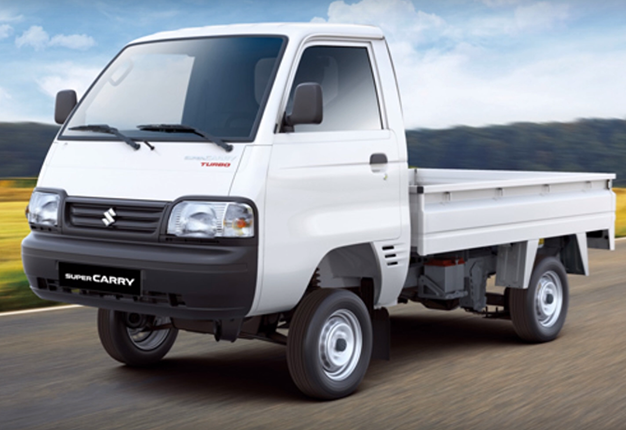 An incredibly light utility vehicle, at only 850kg, the Super Cary has been officially discontinued but remains in the Japanese brand’s inventory system locally – as we notice a few being sold each month within the NAAMSA sales statistics.

If you are tasked to do a long-distance delivery in one, it is worth remembering that these Suzuki mini-trucks only have a fuel tank capacity of 30-litres.

We live in a world where facts and fiction get blurred
In times of uncertainty you need journalism you can trust. For 14 free days, you can have access to a world of in-depth analyses, investigative journalism, top opinions and a range of features. Journalism strengthens democracy. Invest in the future today. Thereafter you will be billed R75 per month. You can cancel anytime and if you cancel within 14 days you won't be billed.
Subscribe to News24
Related Links
X-Class, Unimog, Amarok - these are some of South Africa's most expensive bakkies
REVIEW: Here's why the Mahindra Pik Up shouldn't be brushed aside
Next on Wheels24
Geely's RD6 Radar double-cab could change the bakkie market