• It will make way for increased Navara production.

• But what can replace its loadability and price in Nissan's product hierarchy?

Nissan has finally relented to modernisation pressure and set an end date for production of its NP300 Hardbody.

Eventually, time waits for no bakkie. Nissan has been processing some wild restricting efforts as it attempts to restore profitability and get rid of older vehicles in its portfolio. That meant that the NP300 was always going to be sacrificed within Nissan's future product strategy.

The South African market always presents unique dynamics, especially in its bakkie segment, which allowed the NP300 to remain relevant long after other geographies had discontinued it. Since VW's immense success with Golf1 to City Golf, the continuation vehicle platform strategy has been adopted by many local manufacturers.

Toyota's Quest. VW's Polo. And Nissan's NP300. Although the NP300 has courted criticism for its crash safety rating of late, demand for the bakkie has remained strong. Customers value its robust components and mechanically simple configuration.

What do you think of the Nissan NP300 Hardbody's production coming to an end later this year? Or, do you have a Nissan NP300 you'd like to tell us about along with some pictures? If so, please email us here, or use the comments section below.

The NP300 was originally devised as a way for Nissan to retain adequate sales volumes during a period when the local bakkie market was being flooded with cheap Chinese and Indian 1-tonne bakkies. Nissan weathered the onslaught, and as those Chinese and Indian bakkie brands faded due to questionable durability and customer frustration, the NP300 established itself as the value bakkie of choice for South Africans.

With a Q4 production sunset looming for NP300, it will cap a tremendous lifecycle for the Nissan bakkie platform. Originally launched back in 1997, the D22 platform has endured for an incredible 27 years. Impressive, but still a decade short of the incredible Nissan 1400's 37-year production run. 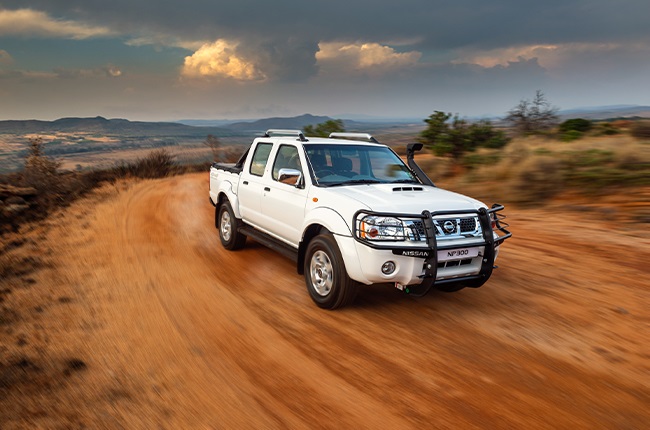 The woman who made NP300 more meaningful

The longevity of NP300 and 1400 make Nissan unrivalled when it comes to stretching bakkie product lifecycles. But what about the future? Even during a tremendously challenging 2020, NP300 managed to rank as South Africa's fifth most popular bakkie, with more than 5000 units sold.

Nissan's Rosslyn assembly asset will now gear for a huge increase in Navara production numbers towards the end of this year and into 2022.

Nissan bakkie fans will welcome the improved Navara product initiate, but there is no question that the affordable price structure of NP300 will be missed, possibly gifting market share to a resurgent Mahindra.

With any vehicle that has been in production for nearly so long, there is some noteworthy trivia relating to NP300. One of the better braai side facts concerns its exterior design and styling. Despite being a global bakkie product, the NP300's significant 2001 redesign was executed by Nissan's North American design office.

And the person in charge of that influential NP300 design team was legendary Nissan designer Diane Allen. One of the greatest female automotive product designers of all time, who retired in 2019. 2021 Nissan NP300 Hardbody
Motorpress
We live in a world where facts and fiction get blurred
In times of uncertainty you need journalism you can trust. For only R75 per month, you have access to a world of in-depth analyses, investigative journalism, top opinions and a range of features. Journalism strengthens democracy. Invest in the future today.
Subscribe to News24
Related Links
Local is lekker! These bakkies are proudly built in South Africa
Nissan's sixty year investment highlighted by Navara production
Special Edition Hardbody: Nissan goes Rogue with NP300 4x4 at Nampo 2018
Next on Wheels24
Putting the new Toyota Hilux to test through the Otto du Plessis Pass