This Suzuki Jimny bakkie is for work – not play

The Suzuki Jimny is adored by all and respected by rivals. Too many pseudo gravel travel vehicles orbit around shallow marketing, but the Jimny has never pretended to be something that it is not.

It might be small on size but has always been big on ability. The only annoyance with Suzuki's Jimny, especially for South African buyers, is the absence of a bakkie option.

For those who do not need the additional passenger of load space, a compact loadbox Jimny bakkie would be a fantastic off-road load-hauling solution to many.

Suzuki does not appear to be convinced of that and has not offered its supermini 4x4 with a loadbox since the 1980s. The latest fourth-generation Jimny platform would undoubtedly make an excellent bakkie and evidence of that, now exists. 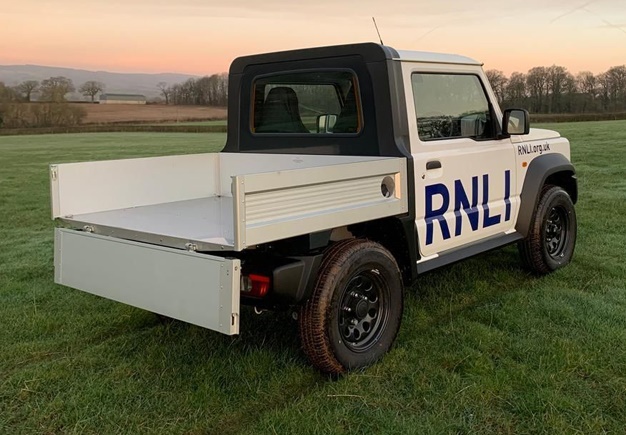 Although the United Kingdom is not a notable bakkie market, there are an adequate number of 4x4 enthusiasts and farmers who need off-road vehicles.

Bakkies are not that popular in the United Kingdom, because the high annual rainfall volume makes carrying stuff in an exposed loadbox less than ideal. Vans are more popular.

That has not stopped Andrew Johnson from turning a business opportunity from converting Suzuki Jimny station wagons, into single-cab bakkies.

Looks cute – but made to work

From his Shropshire workshop, Johnson cuts the Jimny's cab section in half and then fabricates a rear bulkhead and loadbox. What makes this bakkie conversion so doable, is the Jimny's separate ladder-frame platform.

Built in the manner of iconic off-road vehicles such as the Land Cruiser and Mercedes-Benz Unimog, a ladder frame chassis and separate cab section, makes it very easy to remove the bodywork and modify its configuration. Using a blend of aluminium and steel, with precision-machined hinges, the Jimny bakkie's loadbox has a small tailgate and is relatively shallow.

Johnson's Jimny bakkies are targeted at agricultural users in the muddy British countryside, where forest paths can be very narrow, and a smaller 4x4 is superior to the 110- or 127/130-Series Land Rover Defender single- and double-cabs. 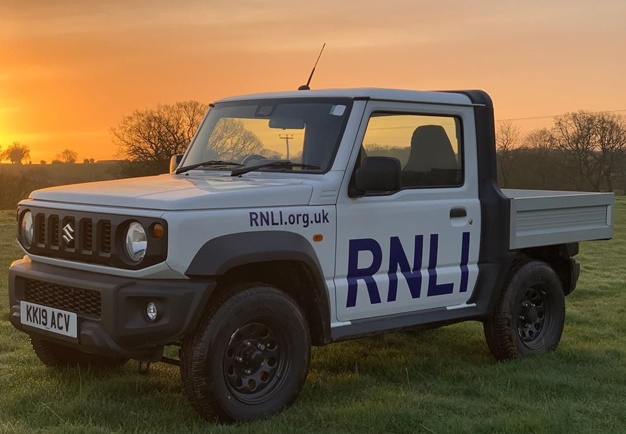 The 75mm lift kit allows for such generous tyre clearance that owners can roll agricultural specification mini-tractor tyres on their Jimny bakkie.

It might look cute, but with the dedicated tread pattern and huge air volume, a Jimny bakkie rolling these tyres will genuinely be unstoppable, when navigating muddy terrain, in low-range. Customers can option a rear window grille, to protect objects in the loadbox, during emergency braking. Both aluminium and canvas canopy options are only available.

By far the best upgrade that David Johnson offers with his Jimny bakkie conversion is a rear-axle dual-tyre option. Requiring special wheels and hubs, the dual-tyre set-up dramatically increases traction and loadability. It also reduces the point load on the terrain.

For those farmers who are mindful about not damaging the fields they might need to cross, spreading the Jimny bakkie's mass across six tyres, instead of only four, makes a big difference.

David Johnson charges between R150 000 and R200 000 for his singe-cab Jimny conversions, depending on final specification and features. Those prices exclude the donor vehicle.

We live in a world where facts and fiction get blurred
In times of uncertainty you need journalism you can trust. For only R75 per month, you have access to a world of in-depth analyses, investigative journalism, top opinions and a range of features. Journalism strengthens democracy. Invest in the future today.
Subscribe to News24
Related Links
Forester, Duster, Jimny - Here's why readers say these SUVs are the best of this decade
'A rear-wheel-drive half-tonne bakkie will dominate the market!' - Readers make their voices heard
Next on Wheels24
Volvo and Google team up for new infotainment system in upcoming XC60