By the time VW’s T-Cross and T-Roc crossovers begin to arrive later in 2019 and 2020 respectively, the German brand’s local product portfolio will feature more SUVs than ever before.

VW is reacting to shifting demand from its customers, but this is not an automotive company which is new to all things off-road. The history of VWs SUVs and crossovers trace way back and include some of the most trailblazing off-roaders ever built.

Respected by hardcore off-roaders and revered by those who yearn for unrestricted vanlife, the T3 syncro was an MPV with attitude.

Although the massive box-bus shape made it appear too ungainly for challenging off-road work, especially rolling proportionally small wheels, the T3 syncro was credibly capable. Because of the syncro’s differentials being integrated into its gearbox, it had an enormous 300mm of ground clearance, in the correct specification, rolling 16-inch wheels.

The 2.1-litre engines weren’t that powerful, but the T3 Syncro weighed a lot less than it looked and that meant that a little power went a long away – especially in low-range. Everything you could possibly want, or ever need, in one vehicle. Combining a slightly stroked version of VW’s legendary narrow angle 2.8-litre V6 engine, all-wheel drive and an estate configuration of the Golf3 platform.

Best of all was the syncro drive system, which meant it was truly an all-weather passenger car, and much better at towing that a conventional front-wheel drive Golf VR6 hatch. 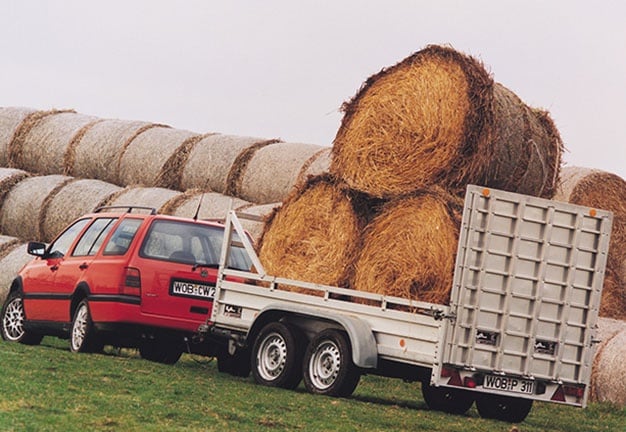 The first-generation Touareg tested price sensitivity when it launched, becoming the most expensive VW ever offered in South Africa at the time. Back in 2004, when it debuted, there was a derivative which reset all perceptions about diesel powered off-road performance.

VW’s range-topping Touareg was powered by a 5-litre V10 turbodiesel. Big capacity. Many cylinders. It produced 230kW and 750Nm. Those are impressive numbers by 2019 standards - and were otherworldly a decade and a half ago.

The V10 Touareg was good for 0-100kph in 7.8 seconds and buffered against an electronically governed top speed of 225kph, although that was perhaps in the interest of safety and brake specifications of the time. It was easily powerful enough to run a 250kph top speed. If you wanted a first-generation Touareg which was even quicker than the V10 diesel, VW marketed a limited number of its original SUVs with an even crazier engine petrol engine.

The early 2000s were a time when VW was incubating technologies which would eventually deliver the Bugatti Veyron hypercar, and that meant the company wasn’t shy about allowing its engineers to do some remarkable engines.

The naturally-aspirated W12 was just that, an engine which eventually powered many subsequent Bentleys and with 331kW and 600Nm, could rightly claim a unique place as the starting point for much of Germany’s obsession with performance SUVs. It was a notably quick car for the time, capable of 0-100kph in 5.9 seconds and a top speed of 250kph. And all that performance accompanied by an extraordinary W12 soundtrack too. We live in a world where facts and fiction get blurred
In times of uncertainty you need journalism you can trust. For 14 free days, you can have access to a world of in-depth analyses, investigative journalism, top opinions and a range of features. Journalism strengthens democracy. Invest in the future today. Thereafter you will be billed R75 per month. You can cancel anytime and if you cancel within 14 days you won't be billed.
Subscribe to News24
Related Links
VW releases new premium Touareg SUV in SA: We have details, pricing and images
Next on Wheels24
Scout III: Move over Ford Bronco, VW plans to revive the iconic off-road moniker