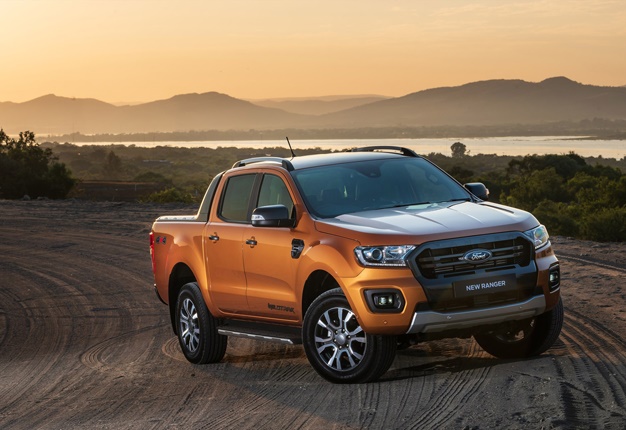 In this two-part series Wheels24 correspondent Charlen Raymond looks at the bakkies launched in SA this year.

2019 has been a pretty good year in terms of new bakkies as consumers were treated to no less than eight models introduced locally.

In this two-part series we’ll be looking at the new bakkies launched so far in 2019:

The Scorpio saw an all-new model arrive locally in late-2017 the bakkie enjoyed immediate success among buyers. Each month, about 170 units of these bakkies are sold and typically sees the Pik-up make our monthly list of best-selling bakkies in SA.

To celebrate the bakkie’s success, Mahindra South Africa launched a special Karoo edition of the Scorpio in February this year. Based on the S10 Scorpio Pik-up, the Karoo has higher specification level, as well as additional features over the model it’s based on. The Karoo is a proudly South African product and is assembled at Mahindra’s Durban plant.

Features on the Karoo include blacked out wheels, a darkened nudge bar, and a dark branded roll bar. The wheel arches have been widened, and wind deflectors have been added to both the front and rear windows. Perhaps the most underrated bakkie in South Africa, the Triton saw a revised version make its debut in 2019. Mitsubishi was clear that it is only a face-lift and that a new model would arrive sometime in 2021 but this Triton sees a massive departure compared to the model it replaces.

The front of the bakkie sees an entire redesign with new wheels and enhanced suspension. The revised Triton range comprise only four models; either with a manual or automatic gearbox (both six-speed), and in either 4x2 or 4x4 guise. The turbocharged 2.4-litre diesel engine from the previous model has been carried over and still produces 133kW/430Nm.

Highlights on the revised model include an infotainment system with Apple CarPlay and Android Auto (both optionally available), voice control for media, rear view camera, and dual-zone aircon. The tailgate now has a hydraulic arm to prevent it from slamming down when opened.

The Triton does not enjoy the sales success as the other bakkies in our two-part list and is it almost always at the bottom-end when sales of all the bakkies in SA are counted. It retails from R519 995 to R599 995.

READ: Why the Mitsubishi Triton needs to battle the Hilux, Ranger Hot on the heels of the Triton’s launch was the Ford Ranger. Second only to the Toyota Hilux (see part two), the Ranger is South Africa’s next best-selling bakkie and the third best-selling vehicle in 2019 so far; beaten only by the Hilux and Volkswagen Polo Vivo.

The Ranger not only saw a revision of its entire range, but Ford also used the opportunity to introduce a new 10-speed automatic gearbox, as well as a new bi-turbo 2.0-litre engine to power its top models. This unit produces 157kW and 500Nm. Ford retained its proven five-cylinder 3.2-litre (147kW/470Nm) and 2.2-litre (118kW/385Nm) turbo diesel engines, but a new single-turbo 2.0-litre engine (132kW/420Nm) slots in between them.

Ford also used the opportunity to rework the Ranger’s suspension for improved ride comfort, and new technologies were also added to the range. These include semi-automatic parallel park assist, and a revised tailgate that is said to reduce closing effort. The Nissan Navara changed the game somewhat when it came to market in 2017. It was the first bakkie to make use of a five-link coil suspension on the rear axle; similar to what you’d find on an SUV. Though it doesn’t set the sales charts alight, Nissan was happy enough to bring a South Africa-only model to market. The Stealth.

Based on the existing Navara platform, the Stealth boasts with black rims, orange accents on the grill, front bumper, side mirrors and side steps. The black and orange theme has been carried over to the interior that now features black leather with orange material inserts.

Nissan’s twin-turbo 2.3-litre diesel engine powers the Stealth and has power been left unchanged at 140kW and 450Nm. The Stealth 4x2 sends power to the rear wheels via either a six-speed manual gearbox or a seven-speed automatic ‘box. The 4x4 model is available with the automatic gearbox, only. We live in a world where facts and fiction get blurred
In times of uncertainty you need journalism you can trust. For only R75 per month, you have access to a world of in-depth analyses, investigative journalism, top opinions and a range of features. Journalism strengthens democracy. Invest in the future today.
Subscribe to News24
Related Links
SEE: Ford F-Series, Toyota Hilux, Isuzu D-Max - the world’s best-selling bakkies
Hilux, Ranger and more... These are SA's most popular bakkies so far in 2019
Next on Wheels24
Volvo and Google team up for new infotainment system in upcoming XC60