• The list include models from all the major role players in the local bakkie market.

Following on from our recent article on Ford's upcoming Ranger Thunder, the Wheels24 team scoured through the South African carpool. Our aim: to find more special or limited edition bakkies.

Ranked from the most expensive, here are six bakkies you should know of.

The Raptor is a special bakkie, one that has captured the minds and imagination of South African bakkie lovers. Built in Pretoria, the Ranger Raptor is exported to various global markets, which allows for only a handful of units to be sold locally every month.

The Raptor is powered by a bi-turbo 2.0-litre diesel engine that produces 157kW and 500Nm. Power is sent to the wheels via a 10-speed automatic gearbox. The Raptor's trump card is its FOX suspension. FOX developed the suspension for use in the Raptor, and it affords the bakkie with one of the best ride qualities for a bakkie in the country.

Despite the hefty price tag, this is one bakkie we'd always pick. The Amarok is an impressive bakkie. Coming to market in 2010, it grew in stature to the product we see today. The Canyon is the current range-topper and is powered by a 3.0-litre V6 engine. The 165kW and 550Nm it produces is ample, so much so that the bakkie can run onto a top speed of 193km/h. Power is sent to the all-wheel-drive system via an eight-speed automatic gearbox.

Later this year, the current V6 Amarok will be replaced by an even stronger version of the engine, which should see the bakkie comfortably occupy the position as SA's most powerful bakkie. Though the Arctic's expressive design impresses us, no part of the bakkie's drivetrain has been altered from the rest of the D-Max range. The 3.0-litre diesel engine still produces 130kW and 380Nm, and power is fed to all four wheels via a six-speed automatic gearbox.

Raised ride height and grippy tyres aside, the Arctic is a marketing venture by Isuzu SA. The local arm got the necessary rights to build the Arctic in Port Elizabeth, and only 50 will roll off the production line annually.

It remains to be seen whether or not the Arctic treatment will be given to the all-new D-Max when it arrives in 2021. 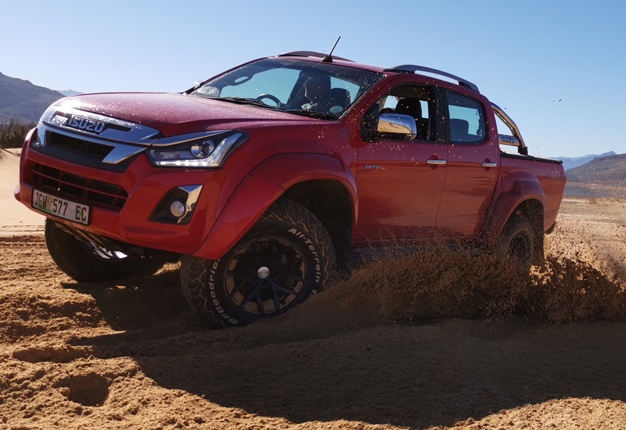 Like the Arctic, the GR Sport also makes use of an unchanged drivetrain over the existing Hilux models. The 2.8-litre turbo diesel engine produces 130kW and 450Nm, mated to a six-speed automatic gearbox. In 2019, when the bakkie was launched, Toyota said that only a few hundred units would be built.

Given that the bakkie is still listed on the Toyota SA website, it can be assumed that several units are still up for grabs.

The Hilux GR Sport is the top model in an otherwise overly popular range, and it fits the bill with aplomb. A revised front suspension and a barrage of stickers make this a bakkie worth taking note of.

The Triton is struggling to make an impact on the South African bakkie market, but in other parts of the world, like Australia, it excels. To help the Triton attract a bigger audience, Mitsubishi SA launched a new limited-edition model, called the Triton Xtreme.

Sporting accessories to the value of R100 000, the automaker is giving the Xtreme kit to customers at a premium of R60 000 over the next most-expensive model in the range.

The Triton Xtreme is powered by a 2.4-litre diesel engine that produces 133kW and 430Nm. A six-speed automatic gearbox sends power to all four tyres via the automaker's impressive Super Select II off-road system. 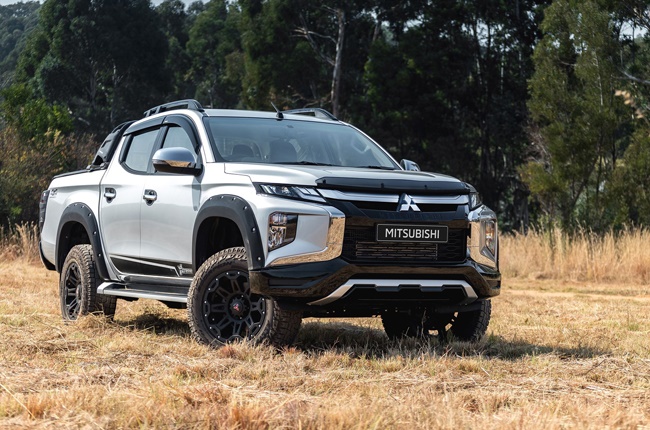 Nissan is no stranger to producing bakkies. In the local market, the automaker offers no less than three bakkies, of which two are always among the best-selling bakkies in SA every month. The Navara, however, is also on that list, but it sells far fewer units than its two siblings.

The Stealth boasts with several exterior enhancements to distinguish it from the rest of the range. The Pik Up is another popular model among South Africans. And the fact that it's built in Durban helps keep the price low and competitive. Launched at the start of the year, the new Pik Up is headlined by the S11 Karoo 4x4, retailing for R429 999. But the Karoo line-up begins with the S6, which adds several bits to the package for that added bit of ruggedness.

Both the extended range and Karoo models are powered by a 2.2-litre turbo diesel engine that produces 103kW and 320Nm. Power is transferred to the road either via a six-speed automatic transmission or a six-speed manual gearbox. The Karoo is available in either 4x4 or 4x2. We live in a world where facts and fiction get blurred
In times of uncertainty you need journalism you can trust. For only R75 per month, you have access to a world of in-depth analyses, investigative journalism, top opinions and a range of features. Journalism strengthens democracy. Invest in the future today.
Subscribe to News24
Related Links
WATCH | These four boys got a ride to their new school in a Ford Ranger Raptor and it made them...
How Volkswagen’s Amarok changed South Africa's opinion about bakkies
Next on Wheels24
One grand difference - would you buy this range-topping hatchback or entry-level SUV?

Subscribe to newsletters
Lockdown For
DAYS
HRS
MINS
Brought to you by
Voting Booth
Which of these factors are prohibiting you from buying an electric vehicle as your next car?
Please select an option Oops! Something went wrong, please try again later.
Prices should be more affordable
16% - 210 votes
Our unreliable electricity source
10% - 128 votes
There's not enough charging infrastructure
10% - 135 votes
All of the above
64% - 855 votes
Previous Results
Car Doctor
Hold my ECU: Owners of tuned cars remove engine control units to prevent them...