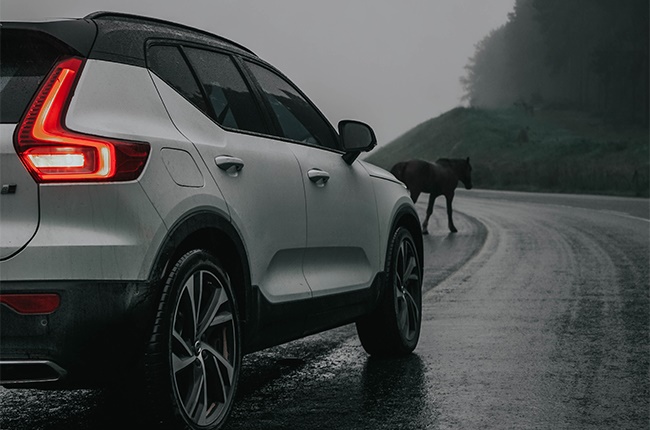 • Volva SA armed him with an XC40 SUV to undertake the journey with.

22-year-old vlogger, Daniel Oschadleus, is accustomed to living in a digital world. However, when he started his #SATownTour tour in a Volvo XC40, he turned to a South African atlas printed back in 1984!

Volvo Car South Africa is rolling out a campaign in South Africa called #HiddenGem. It is built around one pertinent idea: that, after all, we have been through, summer and the ability to move are more precious than ever before. The idea is that this summer, we will take to our cars, more than to planes or trains, to enjoy the beauty of the outdoors safely once again.

We will do this to reunite with family and to revisit our places of importance and meaning - our #HiddenGem. When Volvo heard that Oschadleus was planning his #SATownTour, the synergies between his event and #HiddenGem were clear.

Charmagne Mavudzi, head of consumer experience at Volvo Car South Africa, says: "When Daniel approached us with his idea to navigate the country by using old printed maps, we were really interested to see what he would find. With much of our international travel plans cancelled, I think Daniel's novel way of touring is going to ignite a passion for local tourism."

Oschadleus has embarked on a four-year #SATownTour. Armed with his XC40 and trusty atlas, he plans to travel to every town in South Africa and to over 277 municipalities. He explains: "That atlas will help me find many hidden and forgotten gems in our country. I intend to encourage locals to explore the many incredible places that South Africa has to offer."

The first highlight of his #SATownTour was the Long Tom Pass between Lydenburg and Sabie - named after the famous Long Tom cannon - and the discovery of the highest brewery in Africa. Oschadleus reveals: "Hops Hollow is also the second-highest brewery in the world. It is an incredible microbrewery 16km from Lydenburg and 34km from Sabie. It is mainly frequented by the locals, who assured me that the beer is utterly superb (I was driving, so I could not sample it)." The second #HiddenGem that he uncovered in his XC40 is Kaapsehoop.

Oschadleus adds: "It is a little town, perched on top of a mountain 6000ft above sea level, in Mpumalanga. It was originally started because the Dutch found traces of gold there. That was back in 1873. Today, this beautiful yet extremely small town is mainly populated by guesthouses and restaurants. It is also the only place in South Africa where you can find wild horses. It truly is a #HiddenGem."

While it's not typically considered a #HiddenGem, Oschadleus has also been exploring the Kruger National Park.

He points out: "Millions of South Africans have never visited the park, so maybe it is a #HiddenGem for them. We went on dirt roads as well as tar. The vehicle was amazing. The suspension is blissful. Our Volvo also has a nice height; you can see the animals over the grass. Plus, thanks to its ground clearance, you can do some off-roading too."

Right now, Oschadleus and his XC40 are in Nelspruit. Next stop: KwaZulu-Natal. Watch this space for more details!

2020 Volvo XC40 (Supplied by HaveYourSayZA)
We live in a world where facts and fiction get blurred
In times of uncertainty you need journalism you can trust. For 14 free days, you can have access to a world of in-depth analyses, investigative journalism, top opinions and a range of features. Journalism strengthens democracy. Invest in the future today. Thereafter you will be billed R75 per month. You can cancel anytime and if you cancel within 14 days you won't be billed.
Subscribe to News24
Related Links
WATCH | Volvo uses its XC60 to show why babies should be in rear-facing child seats
Volvo sheds light on global road safety, but South Africa's death figures are dark, scary
Next on Life
New Ford Ranger bakkie exports help sail the South African flag abroad