Want more power for your KB bakkie? Get the 'Lekker ou Jan' upgrade in SA Johannesburg - Need a power boost for your Isuzu KB300? The guys at Steves Auto Clinic (SAC) created a suitably South African tweak for your bakkie - it's called the 'Lekker Ou Jan' performance upgrade.

How much additional power? With the upgrade install, a KB bakkie, says SAC, can gain an increase of 70 and 110Nm.

The upgrade is the culmination of the testing and development of a Unichip (with PowerPlug) for a Isuzu KB equipped with a D-TEQ 3.0-litre turbo diesel engine. According to SAC: "It utilises the full power of the Unichip and PowerPlug to not only optimise power delivery, but also to improve fuel consumption."

According to SAC: "To bring out the best in the 3.0 D-TEQ, the engineering team at SAC have programmed the top of the line Unichip Q4 to monitor and control multiple aspects of the engine all at the same time. This is in stark contrast to most of the 'off-the-shelf' performance upgrade chips, which simply increase fuel pressure, no matter the engine coolant temperature or boost pressure."

For the performance upgrade, the Unichip Q4/PowerPlug plug and play combination precisely controls fuel pressure, boost pressure with a timer control. It also allows for certain maps to override the fuel injector settings for improved fuel consumption or greater performance. The Unichip also monitors engine temperature to ensure that the engine remains at all times within its standard safety parameters, while delivering more power.

READ: SA-built bakkie - How Isuzu’s KB is homegrown in PE

Stephen Fischer, founder and CEO of the SAC Group, said: “With the 'Lekker Ou Jan' performance upgrade, we have utilised the full power of Unichip and the difference in engine performance will be immediately evident, thanks to an improvement of 30-40kW in engine power up to 170kW and a jump in torque from 380Nm to around 490Nm.

Why the name 'Lekker ou Jan'?

Fischer said: “We chose the name 'Lekker Ou Jan' as homage to the trusty old ‘plaasbakkies’ that we all know. From early days, Isuzu has established itself as a manufacturer of trusty and reliable bakkies and the KB300 remains a very popular option. Today, we allow owners to dramatically improve their driving experience, fuel consumption and performance, while maintaining the reliability that this bakkie has become known for.”

There are five standard performance maps. The first removes all engine power and ensures an additional layer of security when the vehicle is stationery. With this setting, the driver simply removes the Power Switch and carries it with him, leaving the vehicle almost impossible to drive. 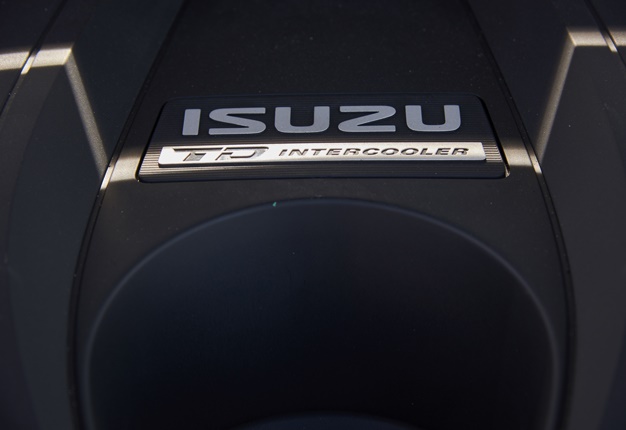 Fischer said: “By optimising engine performance, the driver should experience improved fuel consumption in any of the performance settings, but in Fuel Consumption mode the improvement can be as much as 15%, depending on environmental conditions and driving style.”

The remaining maps offer the best in engine optimisation. One of these is a special 4×4 and Towing setting, which optimises torque delivery at low engine speeds for technical off road driving or when your Isuzu tows a heavy load. This setting, says SAC, is ideal for owners who chose the Isuzu for its high load and tow ratings, which remains one of the best in class.

In the final setting, the engineers at SAC come into their own and the D-TEQ delivers optimal power. In this setting, all latent power is made available to the driver, giving him a very rewarding driving experience, while maintaining engine durability and safe operating conditions.

As an additional feature, SAC has added a throttle boost option to this performance upgrade. This additional control module ensures smooth acceleration and improved throttle response, regardless of engine speed and it removes the so-called flat spot that many D-TEQ owners have experienced when accelerating hard through the rev range.

We live in a world where facts and fiction get blurred
In times of uncertainty you need journalism you can trust. For only R75 per month, you have access to a world of in-depth analyses, investigative journalism, top opinions and a range of features. Journalism strengthens democracy. Invest in the future today.
Subscribe to News24
Related Links
SA-built bakkie: How Isuzu’s KB is homegrown in PE
Bakkie brutes: AT35 Hilux, KB available in SA
Beefed-up Isuzu: New KB gets Arctic Truck treatment
Next on Wheels24
WATCH | Hyundai's new Santa Cruz double cab bakkie breaks cover and it looks good!