• A new family of six-cylinder engines are also added.

Range Rover has added a new hybrid model to its Velar line-up. The model, called the P400e, features a 48-volt battery, which allows for an electric-only range of up to 53km and CO2 emissions of as low as 49g/km.

Slotting in between the Range Rover Evoque and Range Rover Sport, the Velar family is 65 models strong, all comprising petrol and diesel options. All the models are fitted with an eight-speed automatic transmission that sends power to all four wheels.

The P400e is powered by a turbocharged 2.0-litre petrol engine that produces 221kW and 400Nm. However, with the additional power sourced from the hybrid system, total outputs are rated at 297kW and 640Nm. 0 - 100km/h, according to Range Rover, is cleared in 5.4 seconds, while fuel consumption can drop to as low as 2.2-litres/100km. 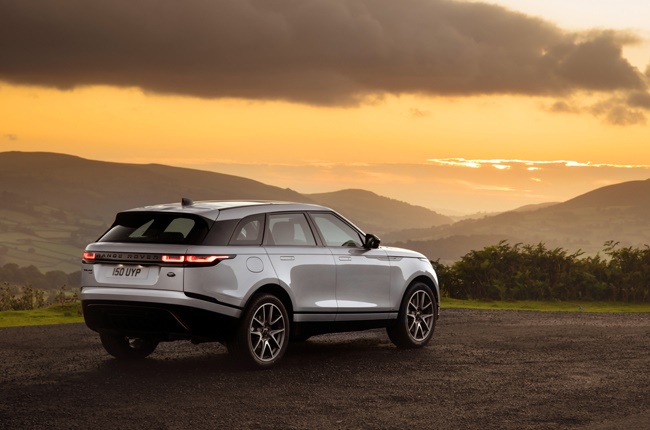 Range Rover also introduces a new family of 3.0-litre straight-six Ingenium engines to the Velar range – for the first time. Comprising both petrol and diesel, the models driven by the new engines will have air suspension fitted as standard.

The new P340 straight-six engine generates 250kW/480Nm torque and features a twin-scroll turbocharger and Continuous Variable Valve Lift (CVVL), for improved performance. The D300 diesel delivers 221kW and 650Nm torque, while offering a 0 - 100km/h time of 6.5sec and fuel economy from as low as 7.4-litres/100km, according to the automaker.

The next-generation 2.0-litre diesel engine used in the D200 will now produce 147kW, up from the 132kW engine it replaces. We live in a world where facts and fiction get blurred
In times of uncertainty you need journalism you can trust. For 14 free days, you can have access to a world of in-depth analyses, investigative journalism, top opinions and a range of features. Journalism strengthens democracy. Invest in the future today. Thereafter you will be billed R75 per month. You can cancel anytime and if you cancel within 14 days you won't be billed.
Subscribe to News24
Related Links
Driven: Range Rover Velar has loads of presence
WATCH | Land Rover's Defender goes off-road - wading through water and scaling inclines
Next on Life
New Ford Ranger bakkie exports help sail the South African flag abroad