• Toyota's new Land Cruiser will be available locally in August 2021.

• A twin-turbocharged 3.5-litre V6 petrol and 3.3-litre turbodiesel V6 are the powertrain options.

• It will be offered in three trim levels - GX-R, ZX and GR Sport.

The covers have officially been lifted off of Toyota's Land Cruiser 300, and it will be introduced locally in August 2021.

The range features new petrol and diesel powertrains - a twin-turbocharged 3.5-litre V6 petrol and 3.3-litre turbodiesel V6 - with outputs of 305kW and 650Nm and 227kW and 700Nm, respectively. Both engine options are coupled to a 10-speed automatic transmission.

Refined than its predecessor

Three grades will be offered locally - GX-R, ZX and GR Sport - though detailed specification regarding pricing and model line-up will be issued nearer to its launch.

The exterior is distinct with its rectangular theme with a prominent front façade. Also present is light guides, alongside large horizontal slats with either black or chrome accents, U-shaped front radiator openings and trapezoidal LED rear lights. 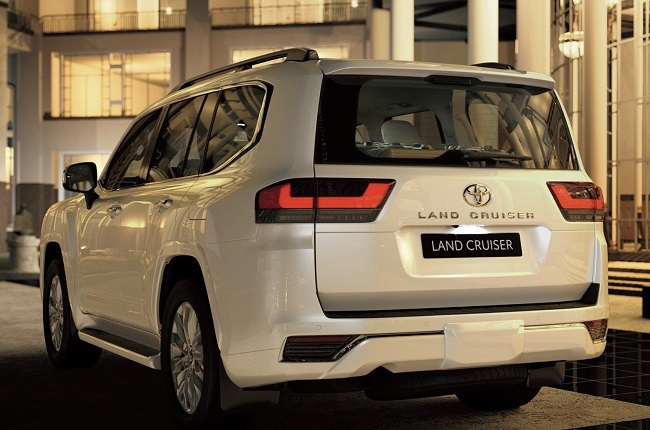 We live in a world where facts and fiction get blurred
In times of uncertainty you need journalism you can trust. For only R75 per month, you have access to a world of in-depth analyses, investigative journalism, top opinions and a range of features. Journalism strengthens democracy. Invest in the future today.
Subscribe to News24
Next on Wheels24
4x4 Trail | Kareedouw-Baviaanskloof proves little challenge for Toyota's new Prado