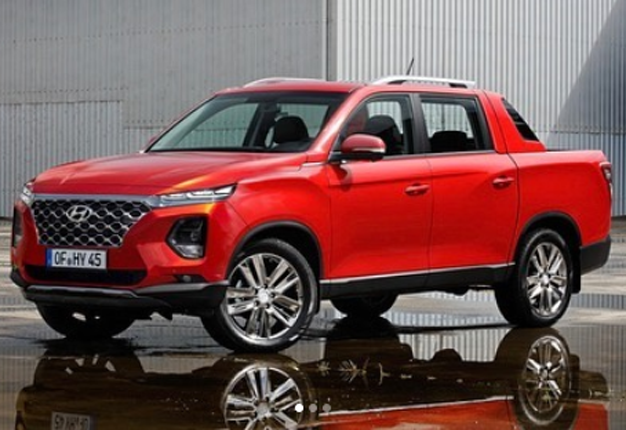 In 2020, Hyundai is one of the very few global auto brands not in crisis.

The Korean company has a strong presence in all markets without having to discount its products.

Although it has a wonderfully broad product portfolio, the only thing Hyundai doesn’t do is a bakkie. And as we all know: bakkies are big business. The world’s best-selling vehicle is a bakkie (Ford’s F-Series) and in South Africa, another bakkie (Hilux) is the most popular vehicle.

It would stand to reason that Hyundai simply has to exploit this opportunity. Bakkies are simple to build, as they feature a steel ladder frame with a separate body, making them potentially a lot more profitable than a monocoque vehicle such as a hatchback, crossover or SUV.

Do you think the Hyundai bakkie will have more success than Merc's X-Class? Email us.

Heeding the mistakes of Mercedes

Hyundai realises that it must enter the bakkie market and its Santa Cruz double-cab is now nearing the maturity point in development. How this bakkie will be positioned in the market, will also no doubt be influenced by the recent decision of Mercedes-Benz to discontinue its X-Class.

That decision was driven by the huge profits that Ford and Toyota were generating globally, with their bakkies. Mercedes wanted a share and decided to embark upon a disastrous joint-venture with Nissan.

It's X-Class was too heavy and featured compromised ergonomics, the like of which would have been unforgivable in any other Mercedes-Benz product. It was also radically overpriced, which could have been a case of extreme brand confidence on behalf of Mercedes.

Hyundai taking their time – and doing it right

It is unlikely that Hyundai will make similar mistakes. The Koreans have developed their Santa Cruz independently. It's engineering and the final technical specification does not depend on a partner, as was the case between Mercedes and Nissan, with X-Class.

Hyundai also has a legacy of building very accomplished ladder-frame SUVs for rugged off-roading. One must only remember the reputation that Hyundai’s ladder-frame Terracan developed, where it was referred to as the poor man’s Land Cruiser, to recognise the Korean company’s potential in this regard.

The Hyundai Santa Cruz double-cab bakkie enters a market that Mercedes-Benz could not conquer, with very high expectations. One gets the sense that Mercedes rushed its X-Class project against a pressured deadline and was never sober about the quality of other bakkie brand rivals.

With Hyundai, the approach has been more cautious and dedicated. Hyundai also has a potential market-leading feature with its Santa Cruz bakkie, as the brand recently revealed a potent new 3.0-litre in-line six turbodiesel engine.

This engine will debut in the Genesis GV80 luxury SUV, where it is rated at 207kW and 588Nm. Those numbers compare very favourably with the Amarok V6 and are way beyond the reach of Hilux or Ranger’s most powerful diesel engines.

With a potent six-cylinder engine and the keen price-to-value ratio typical of Hyundai, the Santa Cruz bakkie could potentially become the great double-cab market disruptor, that X-Class never was.

We live in a world where facts and fiction get blurred
In times of uncertainty you need journalism you can trust. For only R75 per month, you have access to a world of in-depth analyses, investigative journalism, top opinions and a range of features. Journalism strengthens democracy. Invest in the future today.
Subscribe to News24
Related Links
REVIEW | Hyundai’s new Atos is an affordable, yet charming little city-jostler
Here are three major reasons why the Mercedes-Benz X-Class failed
Next on Wheels24
First encounter with Ineos Grenadier: Should South Africans get excited over this SUV?