XLT vs. Wildtrak: Connecting the Karoo in Ford’s Ranger South Africa has a treasure of gravel mountain passes which navigate through some of the world’s most spectacular landscapes.

Mostly built in the 1800s, to connect isolated farming communities to trade routes, these mountain passes call adventurers and although they are extremely rewarding to explore, there is a caveat.

You don’t really want to take a passenger car to drive up and down South Africa’s gravel passes. Even a crossover can be punished by some of the extreme gradients. This is even truer when you wish to add passengers and their gear to your traveling requirements. A loaded passenger car or crossover, rolling medium volume tyres, is going to be an exhausting prospect on any badly corrugated rural road.

Which is why people who live in the areas connected by gravel mountain passes mostly drive bakkies. From Small to Great (Karoo) to evaluate how appropriate the contemporary double-cab bakkie has become as a true South African all-purpose vehicle, I spent a week driving Ford’s two new 2.0-litre Rangers through the Karoo. The mountain ranges which divide the Karoo into its Small and Great geographies contain roads that are simply incomparable. To get to them, require a fair bit of N1, N2 or R62  travelling and clocking up the tarmac miles served to illustrate how ergonomically intuitive and refined the T6 evo Ranger is.

Ford’s latest Ranger, which has been with us since April, paired seamlessly with my Smartphone and whenever I wanted to know where we were, which was often in the middle of nowhere, its factory fitted Tracks4Africa feature was invaluable. There are places in South Africa where you really want to go, but don’t register on global SatNav systems. In these less travelled areas, if you need some navigation assistance or orientation, the Ranger’s infotainment system contains Tracks4Africa, which is a very capable South African GPS assistant. It uses uploaded data from actual travellers, who share their routes, and as such: you benefit from the tracking provided by those who have been there before.

We aimed to tally three of the Karoo’s most iconic mountain passes: Seweweekspoort, Swartberg pass and Rooiberg pass. We encountered Seweweekspoort first and the enormous rock faces dwarfed our Ranger convoy. Although the pass is kept in serviceable condition, the surface remains rutted with sharp corners and throughout all of these, Ranger’s agility was impressive. The 2019 front suspension updates, which include a reposition of the anti-roll behind the front axle. His isolates the functions of bump-absorption and anti-roll stability, which yield much crisper overall steering feel and feedback.

Swartbergpass was next and the steepest of our conquests. It showed the benefit of Ford’s advanced ten-speed automatic transmission. Too many gears can become annoying if the transmission is incorrectly calibrated and causes unpredictable hunting accompanied by unnecessary gear changes. With the Ford ten-speed system, you are never aware that it is simply always in the right gear. The control software is absolutely masterful. I never heard a spike of engine speed due to any miscalculation of descending gradients and vehicle speed. XLT or Wildtrak? We continuously swapped between Ford’s XLT and Wildtrak Rangers during our road trip.

It afforded one the opportunity to make a direct evaluation between the single- and bi-turbo application of Ford’s new 2.0-litre turbodiesel engine. 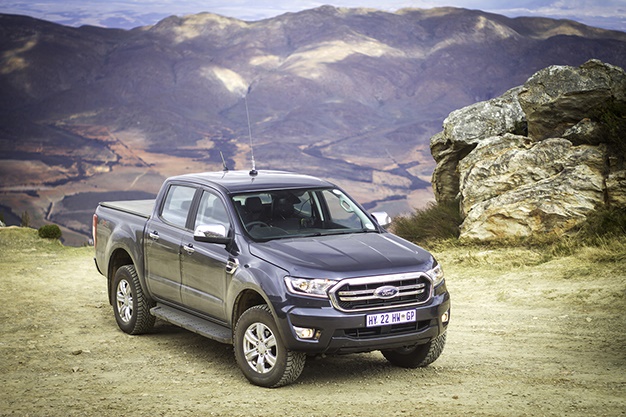 There is no question that the bi-turbo is superior on tar, when overtaking acceleration is required. On gravel or whilst climbing steep terrain, where speeds are moderated, the margin of advantage between bi- and single-turbo narrows.

Up and over all three gravel passes, there was no difference in climbing ability or throttle response between the 132kW XLT and 157kW Wildtrak. Although the Wildtrak has more presence with its larger wheels and styling upgrades, the value offering is certainly with XLT, which prices at R582 700, as opposed to Wildtrak’s R692 900.

We live in a world where facts and fiction get blurred
In times of uncertainty you need journalism you can trust. For only R75 per month, you have access to a world of in-depth analyses, investigative journalism, top opinions and a range of features. Journalism strengthens democracy. Invest in the future today.
Subscribe to News24
Related Links
WATCH: Ranger Raptor, Hilux GR Sport, Arctic AT35 go off-road
SA's top bakkies | Hilux reigns supreme, NP200 topples Ranger
Next on Wheels24
Predicting success: Can Peugeot's new 2008 topple its segment when it arrives next month?