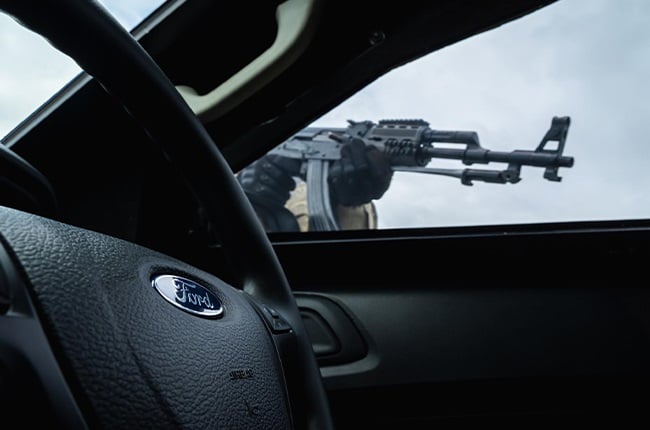 • First order for 10 SVI-armoured Ford Rangers have been received.

Less than two weeks after the official SVI-armoured Ford Ranger launch event, an order for ten armoured Rangers was received. According to Nicol Louw, business development manager at SVI, the company has been inundated with enquiries since the launch event.

This points to the urgent need in South Africa for factory-backed armoured bakkies, which is now available for the first time. Another enabler is that the armoured Ranger can be purchased through Ford Credit, which makes it attractive for both individual and fleet buyers.

For more information on the armoured Ranger range, download the PDF brochure here or visit any Ford dealer.

SVI and Ford teaming up

Ford South Africa and SVI Engineering announced factory-approved armoured protection for the carmaker's Ranger - a first for any original equipment manufacturer (OEM) in the country.

Both companies are aiming the armoured protection option at private and fleet customers.

With more than 18 000 vehicle hijackings recorded annually in South Africa, according to the South African Police Service Annual Crime Statistics for 2019/20, Ford says it makes sense to add another layer of safety for customers in the form of ballistic protection.

SVI Engineering was formed in 2004 as a mechanical engineering and rapid-product development firm with capabilities in product design, finite element analysis, development, product evaluation and manufacturing of armoured products for the military, security, and civilian markets. 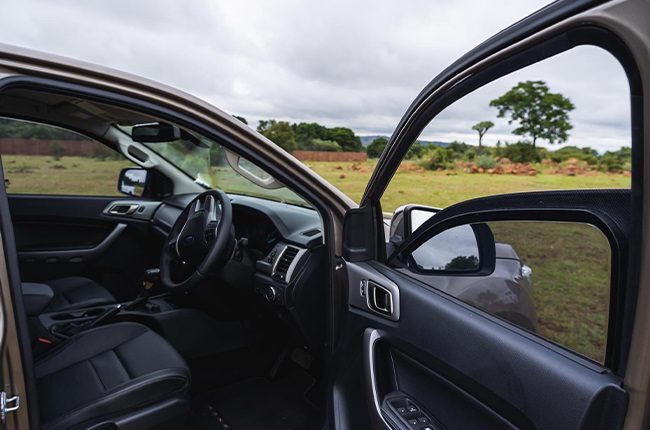 B4 offers customers bullet-resistant protection against handguns up to a .44 Magnum. This is the typical anti-hijack solution that also protects brick-throwing and other hand-held projectiles. The shield consists of 18-21mm armoured glass in combination with Kevlar sheets for the body.

It is discreet and, at only 280kg on the Ranger Double Cab, also lightweight with minimal impact on vehicle acceleration, fuel consumption and dynamic performance. The build time of a B4 armoured Ranger is around eight weeks.

B6 is the highest level of civilian protection allowed without a special permit. It has been designed for the valuables-in-transit industry and high-profile individuals needing the ultimate level of security. This has been designed to protect against the ammunition fired by the R1 assault rifle and the AK47.

This comprehensive protection comprises 38mm armoured glass and special armoured steel plates. Due to the additional 650kg of armour, the Ranger's suspension is upgraded accordingly. With the B6 armour protection option, customers can choose between a discreet appearance, or the cost-effective non-discreet option, called Stopgun V2.0.

The hidden option features upgrades not readily identifiable on the vehicle, versus the more obvious protection on the non-discrete Stopgun option.

The discreet option takes three months to build, while the Stopgun security option can be installed in only two weeks.

SVI says the B4 option is available only in the discreet appearance form, which caters mainly to those who want a level of armoured protection without compromising their vehicle's interior and exterior aesthetics. SVI armoured Ford Ranger
Quickpic
We live in a world where facts and fiction get blurred
In times of uncertainty you need journalism you can trust. For 14 free days, you can have access to a world of in-depth analyses, investigative journalism, top opinions and a range of features. Journalism strengthens democracy. Invest in the future today. Thereafter you will be billed R75 per month. You can cancel anytime and if you cancel within 14 days you won't be billed.
Subscribe to News24
Related Links
Go further, go safer with Ford-Approved armour protection for your Ranger bakkie
You can order an armoured-protected Ford Ranger from your nearest dealership
Meet SVI's Max 3 - the bulletproof Land Cruiser 79 anyone would want to own
Next on Wheels24
Ford's new SA-built Ranger bakkie has a woman's touch: Meet engineer Kgothatso Kabene