It was perhaps the most anticipated bakkie of the decade. Especially here in South Africa, we awaited the Mercedes-Benz X-Class’ local arrival with bated breath.

From those very first sketches to a full-scale concept model, we just knew that this bakkie would move the goalposts.

Some frowned upon the idea that Merc will be building a bakkie, while others accepted it. So excited was the South African market that the international reveal was held in Cape Town's Waterfront. There is no other way than to say that South Africa was/is a significant market for the X-Class.

Barely three years after its local introduction, rumours began swirling around that Daimler, Mercedes-Benz’s parent company, was considering cutting the X-Class from its model line-up.

Locally, Merc failed to comment on any such rumours, which - if we’re honest - is fair. In 2019, these rumours picked up even more speed, but still no word from Mercedes-Benz or Daimler.

Now, however, it is reported that the X-Class’ production will seize in May this year. We have three reasons why we think that is the case. The X-Class shares much of its underpinnings with the Nissan Navara. The alliance between Mercedes-Benz, Nissan, and Renault have brought about the X-Class, and tapping into the lucrative bakkie market was essential for the German automaker.

And who better to rely on than Nissan who has decades of experience in building bakkies. The problem, though, is that we live in an era of ‘woke’ people. It was going to be a problem for the X-Class to carry the Merc badge when underneath it’s nothing more than a Navara. The suspension, the 2.3-litre diesel engine, both the manual and automatic gearboxes are all shared with the Navara. Someone from within the local motoring industry even baptised the X-Class as ‘a Navara with mascara.’

The X-Class faced an uphill battle from the off, but here Mercedes-Benz could have justified it building a bakkie. How? By fitting the X-Class with original Mercedes parts. If sending a ‘premium’ bakkie into the market, then it should have benefitted from a Merc-derived architecture and a Merc-derived drivetrain. If it’d been the case, consumers would’ve had greater confidence in the bakkie, and would they, most likely, not have been worried about the price tag. By the end of 2018, Mercedes-Benz launched the V6 derivative of the X-Class in South Africa. Available in both Progressive and Power trims, the bakkie retails (in January 2020) for R904 188 and R973 188, respectively. That’s before you’ve even looked at the options list. It’s a heck of a lot of money, and the Power model will exceed R1.0-million if you tick the right optionally extras.

By carrying the Mercedes badge, Merc probably thought that it’s justifiable to increase the price. The X-Class should have been a lot cheaper. Understandably, if the X-Class was priced closer to the Navara, consumers would probably have looked in its way rather than the Japanese bakkie. But Mercedes-Benz should have done more to bring the price down because they’ve alienated consumers who would probably have decided to purchase an X-Class. 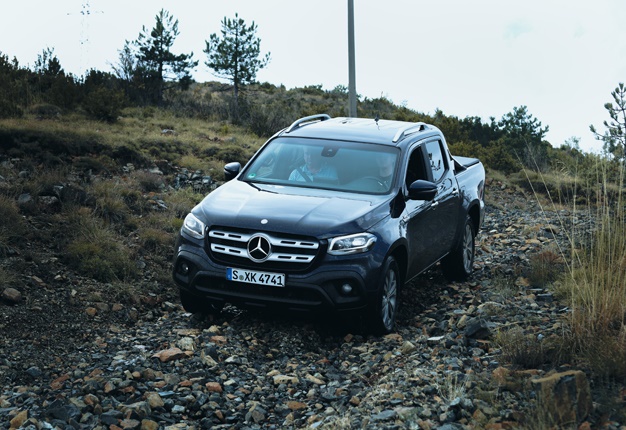 While sharing parts and overpricing the X-Class can still be excused, there is no excuse for Mercedes’ actions for wanting to pull the wool over consumers’ eyes. Yes, Mercedes-Benz is a leader when it comes to premium vehicles. Their passenger cars, SUVs, and commercial vehicles are a testament to that. But to have a bakkie in their line-up and marketing it as a ‘premium’ bakkie, verges on being criminal.

The public did not buy into the bakkie after seeing the production-ready model for the first time. It looked far less exciting than the concept models, and it left a bitter aftertaste. And globally, consumers made their displeasure known by not buying it. In 2018, the bakkie’s first production year, 16 700 X-Class’ were sold, and in 2019 a mere 15 800.

READ: World's first premium bakkie - just how many X-Class models were sold in 2018?

The X-Class is a project that probably could have worked, but a host of strategic errors put a spanner in the works, resulting in the bakkie being cut before it had a real chance of proving itself.

Can the X-Class be saved? Of course, but it’s doubtful. For obvious reasons. We live in a world where facts and fiction get blurred
In times of uncertainty you need journalism you can trust. For only R75 per month, you have access to a world of in-depth analyses, investigative journalism, top opinions and a range of features. Journalism strengthens democracy. Invest in the future today.
Subscribe to News24
Related Links
DRIVEN: Can the Mercedes X-Class redeem itself as a premium bakkie? We drive it in Albania
SEE: World's first premium bakkie - just how many X-Class models were sold in 2018?
Next on Wheels24
More kit for your Hilux - SA's favourite bakkie now available with the 'GDV' touch