• The RoadTrip teams ventures North to one of SA's wilderness reserves.

Cresting a kopje and descending to a rock pinnacle that juts out over the Palala River valley in the Waterberg region of Limpopo, we approached the same spot, known as Lepotedi, that Clive Walker and Dale Parker stood on in March 1981. We visualised a pristine wilderness stretching as far as the eye could see and beyond.

Four decades later and that vision has been realised in the form of the Lapalala Wilderness Reserve, which, at 50 000ha, is the largest private game sanctuary in the region. Lapalala is at the heart of the 650 000ha area designated in 2001 by Unesco (the United Nations Educational, Scientific and Cultural Organisation) as the Waterberg Biosphere Reserve.

At least 18 mammal (including the aardvark, brown hyena and black rhino), 11 bird, four reptile, four fish, one butterfly, and 18 threatened or scarce plant species occur within its boundaries.

In his history of Lapalala, Walker writes: "When Dale and I ventured into the region back in 1981, possibly as much as 85% of the land (in the Waterberg) was being used for agriculture. The transformation of land use is nothing short of staggering in conservation circles in South Africa. The Waterberg was the Cinderella of protected areas. Today, conventional agriculture is restricted to just 16.5%." When Parker bought the first parcel of land that eventually became Lapalala - a 7000ha farm called the Double R Game Ranch from retired professional hunter Eric Rundgren - all that remained of the once abundant wildlife were three sable antelope, 35 plains zebra and a few ostriches. Today, the game list encompasses 60 mammal and 290 bird species.

Parker spent the next 20 years consolidating a further 16 farms, and a hunting concession into a single 36 000ha property and Lapalala was born in 2001. Parker died the same year, and responsibility for running a private game farm was assumed by his son Duncan and the owner of a neighbouring farm, Gianni Ravazotti.

Currently, at 55 000ha, Lapalala is the largest reserve in the region (as well as the newest, having only been formally proclaimed in March 2020) and home to free-roaming Big Five; about 24 elephants, 14 lions, 300 buffalo, 26 leopards, and several black and white rhino.

READ: RoadTrip | The 'tumultuous yet inspiring' story of Seven Sisters wines and the Subaru connection

There are two very small private commercial camps in the reserve, with a third due to open later this year. Between them, they will cater for fewer than 40 guests. I was staying at Tintswalo at Lapalala, the most recent and elegant addition to the small chain of family-owned exclusive lodges, camps and boutique hotels around South Africa.

While the presence of "high-value" animals is indisputably a drawcard for tourists, it is also a magnet for poachers. The single biggest operating cost of the reserve is anti-poaching.

To facilitate these operations, Lapalala Wilderness Reserve is crisscrossed with a network of hundreds of kilometres of dirt roads, some well-surfaced, others horrendous. So, what better way to get there and explore the exquisite wilderness than in the latest Nissan Patrol - a legendary 4x4 from Japan celebrating its 70th anniversary later this year. 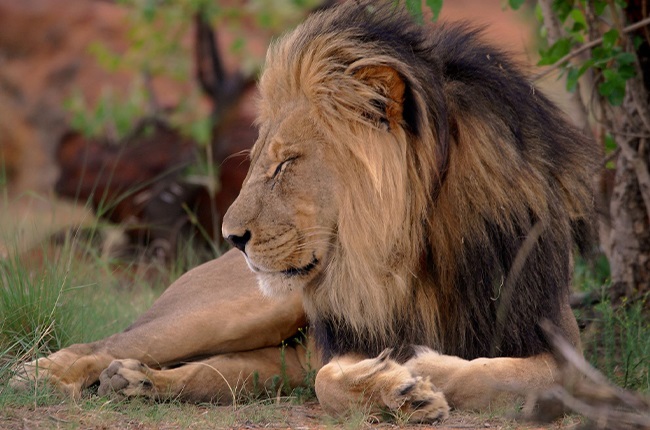 When I picked up the Japanese automaker's top-of-the-range SUV (also badged Safari some time ago and built in South Africa for a while) at OR Tambo International Airport, I was duly impressed. Lapalala didn't know it yet, but it was about to become a Big Six reserve, as the latest Patrol is a beast!

Consider this: at 5165mm, the Nissan is just 66mm shorter than an 11-seater Toyota Land Cruiser-based game-viewer, is 125mm broader, has greater ground clearance, twice the torque (560Nm), three times the power (298kW), but is also 300kg heavier.

READ: RoadTrip | Visiting the 'J-Cubs' with an Eclipse Cross Turbo

When the Patrol and Cruiser encountered one another nose to nose on a narrow bridge over the Palala River, I could not help but think of the initial meeting between Robin Hood and Little John on a log over a stream in Sherwood Forest. I was certain that, if push really came to shove, the Toyota was going to end up in the water no matter what Lapalala's merry men, Dave Jacobs and Daniel Bott, had to say about it. Not that I think you would want to indulge in automotive argy-bargy in a vehicle that costs in excess of R1.5million.

To be honest, at that price, I was never going to test to the utmost the scrambling abilities of the Nissan on the rocky slopes of Limpopo. The vehicle is so wide, and the bush paths are so narrow and overgrown with hardy thorn trees that the metallic paint job would have been ruined before we reached the first summit. Better, I thought, to accept that the raw power of the Patrol's 5.6-litre V8 combined with its intelligent 4x4 system (which allows the driver to choose between four drive modes - sand, rock, on-road or snow - at the twist of a switch) would get the job done and not damage the merchandise in the process.

While visitors to Lapalala Wilderness Reserve are required to leave their vehicles at the entrance gate, from where they are shuttled to the camp at which they are staying, I received permission from reserve management to take the Nissan onto the property for testing and photography.

Mindful of the privilege and potential obstacles such as buffalo and elephant, I asked Dave Jacobs (who, with his wife Tanja, is co-manager of Tintswalo at Lapalala) to do the driving and put the SUV through its paces in mud and dirt. "Oooh," he said as he left Daniel - a field guide who had just arrived at Lapalala - in a cloud of dust, "I could get to like this!"

READ: RoadTrip | Driving a G400 d across South Africa to celebrate Madiba and his love for sport

Once we got back to camp, we sat on the deck overlooking a waterhole where impala, kudu, and a lone rhino were slaking their thirsts and washing the dust from our own throats. "That was fun," I said. Dave agreed: he had pushed up the speed as far as possible and swept around bends where the back should have at least tried to step out, but it did not, thanks to the standard four-wheel limited-slip diff and Vehicle Dynamic Control system.

He gave the Patrol gas on corrugated and undulating stretches, but it felt as if we were floating. It even treated a buffalo wallow of deep, smelly mud with disdain. "I think this vehicle could handle anything you throw at it except soft sand," I added. "Too heavy, and it would be a bastard to pull free."

I am quite perplexed at the Nissan Patrol. It is not intended for bundu-bashing at the price, but it is also not a Sandton 4x4; it is too big and powerful for congested roads and finding suitably sized parking spaces is a nightmare. The key to appreciating the Patrol is to continually remind yourself that it is a sport utility vehicle with superior off-road capabilities.

It has one foot in the prestige category of the Mercedes-Benz GLE and the other in the off-road performance class bossed by the Toyota Land Cruiser 200. Unlike either, there is no diesel variant. The tank is enormous - thank goodness - but the beast is only really thirsty when it is hauling that great weight at low revs, either over rocks or in stop-start traffic.

It has all the interior comfort, safety features, and gadgetry expected from such a sophisticated offering. It would be a dream on a long trip with the family. However, watch the speedo because you are doing 180km/h before you know it. Also, do not try to make a U-turn unless you have four lanes of road with which to play. We live in a world where facts and fiction get blurred
In times of uncertainty you need journalism you can trust. For only R75 per month, you have access to a world of in-depth analyses, investigative journalism, top opinions and a range of features. Journalism strengthens democracy. Invest in the future today.
Subscribe to News24
Related Links
RoadTrip | Experiencing the marvels of the Northern Cape in Hyundai's diesel-powered Creta
RoadTrip | Thundering through SA in a 540kW Mustang RTR to meet the 'Stangs of aviation
RoadTrip | Driving a G400 d across South Africa to celebrate Madiba and his love for sport
Next on Wheels24
More attitude for your Ranger: Ford expands its bakkie line-up with another two new models