• The RoadTrip team travels to the Northern Cape in Lexus' new RX450h.

• The trip included visits to various attractions in small towns along the way.

• The Kalahari Red Dune Route was the highlight of the trip to the Northern Cape.

"What started as an idea involving a luxurious Lexus and an exclusive train trip in Namibia, had to, at the last minute, be amended to a speedy visit to the Green Kalahari. Luckily, the recently upgraded RX hybrid proved the perfect companion (and photographic model) to capture the beauty of an appreciative, rain-soaked desert."
Ferdi de Vos, RoadTrip

It was supposed to be a bespoke excursion to Namibia with a Lexus model to herald the Desert Express train service's reopening, including transporting the vehicle from Windhoek to Swakopmund. But circumstances beyond our control - including more stringent Covid-19 measures - thwarted the idea at the last minute.

With the whole concept scuppered, we had to find an alternative quickly. The good rains in the Northern Cape province luckily brought some reprieve, as we then decided to visit the Kalahari instead and see how the unexpected, unusually heavy showers have transformed the desert landscape.

Initially, we planned to visit the Kgalagadi Transfrontier Park, but reports of incessant rain, flooding, and washed-away roads compelled us to limit our voyage to the so-called Green Kalahari - stretching from Upington to the far North of the Northern Cape just below the Kgalagadi and embracing a large tract of undulating red dunes, mountain desert, and grasslands.

In this case, the 'Green' also refers to the extensive vineyards flanking the Orange River, tracing a lush, verdant line against the arid backdrop of hills and plains cloaked in autumnal colours. The vineyards follow the river for 350km and cover over 17 000 hectares, making it one of the country's most intensively farmed areas. We had the flagship Lexus RX450h at our disposal for our journey - quite fitting, as the RX was a pioneer, and the first SUV from the Japanese luxury vehicle manufacturer, to be introduced here in 2002. In 2009 it also became the first hybrid in the premium SUV segment to be launched here.

Recently updated, the changes are led by evolutionary styling that maintains the RX's sporty appearance and introduces elegant elements to create a coherent flow from front to rear. Details include the signature Lexus grille with a mesh pattern of three-dimensional "L" shapes and slimmer, sharper LED adaptive high-beam system (AHS) headlights with BladeScan technology.

A revised side character line sweeps down from the floating roof to the rear, creating a coupé-like silhouette. The lights, reflectors, underguard, and exhaust outlets arranged horizontally at the rear emphasise the SUV's width. New rear LED combination lights have a mirrored the L motif design that contributes to greater brand recognition.

Our trip from Cape Town to Vanrhynsdorp was quick and uneventful. The 193kW of power and 335Nm of torque delivered by the hybrid V6 powertrain was handy in the mountainous areas around Clanwilliam. With its more rigid chassis, the new RX just serenely glided along the N7 highway's flat sections.

In Vanrhynsdorp, we stopped to quickly visit the refurbished former Catholic Church in the beautiful Letsatsi Lodge - renowned for its remarkable church bell and the fact that Afrikaans Bible verses and canons are inscribed on the floor and on the walls. The old mission church is now popular as a wedding chapel.

On the road to Calvinia, the RX's comfortable interior, now with a new 12.3-inch central display with touchscreen functionality and seamless smartphone connectivity, and comfortable leather seats in Noble Brown, again impressed. However, the Remote Touch Interface trackpad is still difficult to work and control. Staying on the R27, we crossed the Hantam Karoo, passing through Brandvlei and Kenhardt on our way to Upington and beyond - on the Red Dune Route covering the area North of the river town to the Namibian border. Our destination? Goerapan: a 4×4 paradise and scene of many a Dakar Rally testing session and off-road adventures.

While our steed had permanent four-wheel-drive, we were not overly interested in any hard-core off-roading but rather to find a suitable location illustrating the beautiful red dunes and their now green surroundings. With wide, low-profile 20-inch tyres, the RX struggled for grip in the sand, and it felt like a two-wheel-drive vehicle until we let the pressures down to get some traction.

READ: RoadTrip | Experiencing the marvels of the Northern Cape in Hyundai's diesel-powered Creta Its ground clearance of only 195mm and its weight of around two tonnes made our route choices a bit difficult. But with the assistance of Piet Kotze, owner of the Kalahari Goerapan Lodge, we soon found a suitable spot and set about capturing the beautiful surrounds on camera - our rapid mission accomplished.

On our return trip, at a more leisurely pace (we even had time for the obligatory picture next to the big red post box in Calvinia), the RX consumed around 9.5-litres/100 km - much higher than Lexus' claimed 5.7-litres/100 km. However, at high average speeds, the hybrid system is not as efficient as in city traffic. Still, we arrived home silently - the last few metres on battery power only. 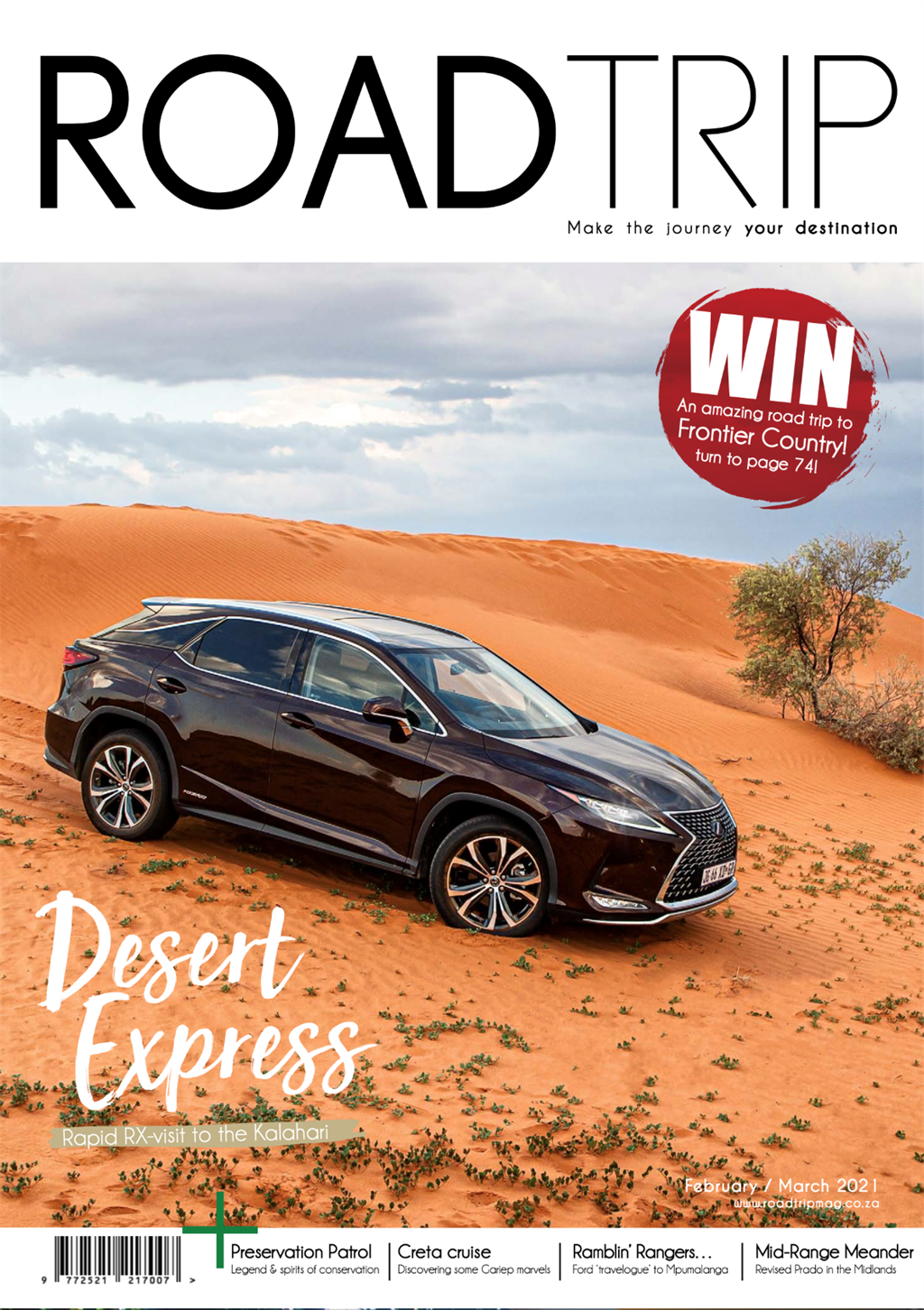 We live in a world where facts and fiction get blurred
In times of uncertainty you need journalism you can trust. For 14 free days, you can have access to a world of in-depth analyses, investigative journalism, top opinions and a range of features. Journalism strengthens democracy. Invest in the future today. Thereafter you will be billed R75 per month. You can cancel anytime and if you cancel within 14 days you won't be billed.
Subscribe to News24
Related Links
RoadTrip | Sandton SUV or bundu-basher? Nissan's new Patrol serenades the wild Lapalala
RoadTrip | Experiencing the marvels of the Northern Cape in Hyundai's diesel-powered Creta
Lexus' LX, RX and NX receive upgraded specification levels
Next on Wheels24
FIRST DRIVE | Watch out, Hilux! Ford's new Ranger likely to turn SA's bakkie game on its head