• Each truck's engine does not produce a lot of power

In the closing stages of May 2020, Wheels24 published a story on single cab bakkies with the biggest loading bays.

The article garnered widespread interest from both readers and industry players, with two common questions continuously popping up, albeit in different forms: Do vehicles like the Kia 2700 and Suzuki Super Carry not count as bakkies? And, why were they not included?

Automakers such as Hyundai, JMC, and Kia call their offerings 'single' or 'double cab' bakkies. This is mainly in reference to the loading bay, which should have justified their inclusions in the published list. Thing is, these 'bakkies' are not your traditional offerings. What we, as the general public, perceive as a bakkie, does not include the vehicles in the list below.

Do you own one of these vehicles, what do you use it for? Or, would you call the vehicles listed below a bakkie or a truck, and why? Please Email us. Despite their loading bays, these vehicles are small trucks, and there are small giveaways for that. For instance: the front seats are positioned over the front axle, the steering wheel is in an upright position, the engine is position underneath the seats, and, in some, the loading bay has a tipping function. The latter is not something your traditional bakkie could do!

READ: These single-cab bakkies have the biggest loading bays in SA

Does this mean we should disregard these vehicles in the market space? Not at all! These trucks are the backbone of the economy. Artisans, delivery services, and many other service providers make use of them because running costs are low, and they can get on with business without missing a beat.

Here are some cool stats on some of the small trucks in the South African carpool. The Star III comprises of two single cab models, retailing for R123 374 and R132 070, respectively. Available in Standard and Lux trim, the differences between the two are with regards to creature comfort features like air con, a cup holder, and two speakers.

Power comes courtesy of a 1.2-litre petrol engine that produces 72kW and 119Nm. A five-speed manual gearbox sends power to the rear wheels. At 2183x1488x300, the Super Carry has a slightly smaller loading deck than the Star III, but its retail price is somewhat higher at R145 900 it is a bit more expensive. The smaller dimensions of the loading area also have to effect that it can only accommodate a payload of 750kg. (Kerb weight of 850kg.)

A 1.2-litre petrol engine does duty in the Super Carry, but only produces 54kW and 101Nm. A five-speed manual transmission sends power to the rear wheels.

Suzuki says that while the windows are manually operated, the rear window can be opened and closed with a slide function. The H-100 from Hyundai is a familiar face on South African roads. Powered by a 2.6-litre diesel engine, the truck is good for 58kW and 167Nm. Three models make up the range, with pricing ranging between R281 500 and R347 500 for the top-of-the-range Tipper.

On its official website, Hyundai SA only specifies the load area as 4539mm2 in size, which places it about 100mm smaller than the Star III’s. The H-100 can carry a payload of 1335kg and tow a maximum weight of 1250kg. JAC may not be too familiar to South Africans, but the Chinese automaker has been doing business in SA for a while now. Alongside its T6 and T8 double cab bakkies, the automaker also offers the X200 truck. Two models make up the range – a single cab and single cab Tipper – priced from R272 400 and R302 400, respectively.

The 2.8-litre turbo diesel engine is quite generous on power (80kW), but the 240Nm of torque is available in a very small window between 1800 – 2000rpm. The engine is mated to a five-speed manual gearbox that sends its power to the rear wheels. The K2700 is one half of Kia's truck assault, the other being the K2500. Given the K2700's more affordable price tag (and that’s the more truck-ish between the two), we opted to include it in this list.

The K2700 is also the only vehicle in this list with two rear wheels on each end. 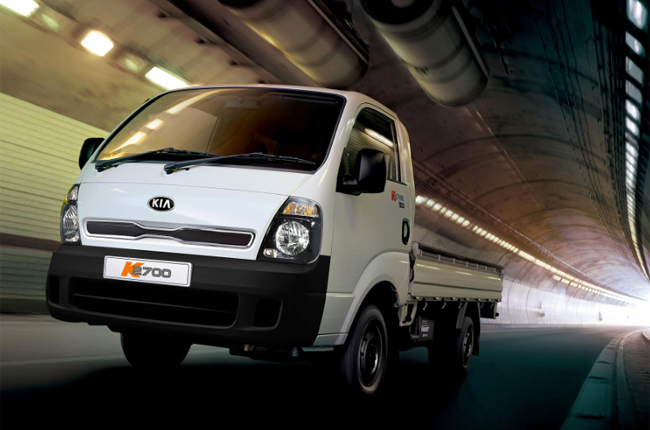 We live in a world where facts and fiction get blurred
In times of uncertainty you need journalism you can trust. For only R75 per month, you have access to a world of in-depth analyses, investigative journalism, top opinions and a range of features. Journalism strengthens democracy. Invest in the future today.
Subscribe to News24
Related Links
SA vehicle sales | Major upturn in events as Hilux, D-Max and Ranger go top of the bakkie log
SEE | These single-cab bakkies have the biggest loading bays in SA
Next on Wheels24
OPINION | Chery Tiggo 8 Pro - will it become SA's best-selling premium SUV in 2022?

Subscribe to newsletters
Lockdown For
DAYS
HRS
MINS
Brought to you by
Voting Booth
Which of these factors are prohibiting you from buying an electric vehicle as your next car?
Please select an option Oops! Something went wrong, please try again later.
Prices should be more affordable
16% - 201 votes
Our unreliable electricity source
10% - 124 votes
There's not enough charging infrastructure
10% - 132 votes
All of the above
64% - 814 votes
Previous Results
Car Doctor
It may look pretty hot, but black cars are not that cool to maintain