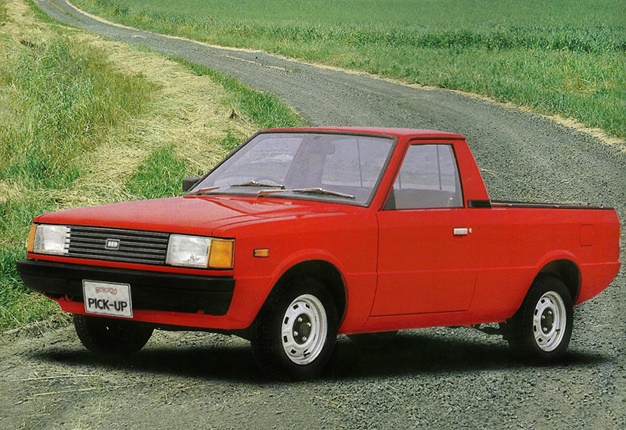 The Santa Cruz double-cab is a big deal, but it's not the Korean brand's first bakkie.

There is great excitement and anticipation about Hyundai's Santa Cruz, but this double-cab will not be the Korean brand's first bakkie.

Hyundai's bakkie history goes back decades, to its first independently engineered vehicle platform. Back in the mid-1970s, as Korea's industrial miracle was starting, the British automotive industry was in ruins. Aware that it would receive no assistance or technical expertise from Japan, recruiters were sent to Europe, where they convinced some British automotive engineers of Hyundai's potential.

This British project team was responsible for the Hyundai Pony platform, which was Korea's first proper car. Hyundai wasn't shy about spending money on the best consultants it could afford, with the Pony being styled by none other than Giorgetto Giugiaro, the greatest car designer of all time.

Have you or any of your relatives owned an old bakkie? Please email us here and send your photos and share your stories, and we'll publish it on Wheels24. Export success was mild, but the lessons learned in terms of design prototyping and production, would multiple in value over the next few decades. Hyundai's Pony was primary a hatchback, with five- or three-door variants, but there was also a bakkie – which is of primary interest to South Africans.

The original Pony launched in 1975, with a second-generation replacing it by 1982, sharing the same platform, but tallying some styling updates and drivetrain refinements. Unlike the new Santa Cruz, this original Hyundai bakkie was only available in a single-cab configuration.

Marketed as a compact bakkie, it was marketed as a utility vehicle, yet powered by some very modest engines.

Having spent most of its budget on British project engineering and Italian design, Hyundai had no choice but to buy old Mitsubishi engine technology. The result was that Hyundai's first Pony bakkies were powered by 1.2-litre overhead camshaft engines, which produces only 40kW.

Hyundai would later introduce additional 1.4- and 1.6-litre engine options for the bakkie. Those engines produced 50- and 56kW. The more powerful 1.6-litre engine gave the Pony a top speed of 150kph and 0-100kph acceleration of 14.5 seconds. It could not carry much

There were issues with loadability too. The Hyundai Pony was initially designed to be a family hatchback, not a bakkie.

Although it had a loadbox with fair volume, the weight rating was meagre, as the cab and load area was not separated, but integrated. This meant that the Pony's loadbox strength was dictated by the passenger car cabin structure, instead of a separate reinforced steel load area.

Hyundai classified its Pony bakkie as being capable of hauling only 380kg in its loadbox, which was less than rival Japanese bakkies of similar size.

Unlike what VW attempted with its Golf-platform bakkies, which were front-wheel drive, the Korean single-cab had an advantage. Hyundai's Pony platform was rear-wheel drive, which meant better performance, under load.

The Pony bakkie was popular in Canada and eventually went out of production by the late 1980s. As we anticipate the launch of Hyundai's Santa Cruz, it is provided with an interesting backstory to the Korean brand's bakkie product strategy.

We live in a world where facts and fiction get blurred
In times of uncertainty you need journalism you can trust. For only R75 per month, you have access to a world of in-depth analyses, investigative journalism, top opinions and a range of features. Journalism strengthens democracy. Invest in the future today.
Subscribe to News24
Related Links
Why Hyundai's Santa Cruz bakkie could be everything Merc's X-Class wasn’t
Cute Hyundai bakkie: Santa Cruz concept
Next on Wheels24
Would you pick the JAC T8 double cab bakkie over a Toyota Hilux or Ford Ranger?