• There still seems to be no special arrangements or consideration taken towards senior citizens.

For months now, we've been writing about the failing eNatis system and the endless struggle of our readers and many thousands more motorists in Gauteng who have been battling to find an online slot for an appointment.

In a bid to assist motorists in their struggles by making their voices heard, and in the realisation that government has no intention of fixing the useless system any time soon, I had reached out to the RTMC who has so graciously tried to assist with sending troubleshoot solutions for any problems readers might come across.

During the plight for the people and in a bid to assist with information regarding licence renewals, I recently began chatting to one of our readers, Mrs Simpson. She has been keeping me in the loop with her progress and updates about renewal attempts.

One of my biggest concerns has been our senior citizens. One reader who was stuck abroad wrote in frantically one day, at his wits' end, because his eighty-odd-year-old parents felt they needed to expose themselves to the coronavirus in the midst of the pandemic, just to try and get their licences renewed. This was nearly five months ago, yet the elderly are still battling with any regard taken into account about their predicaments. 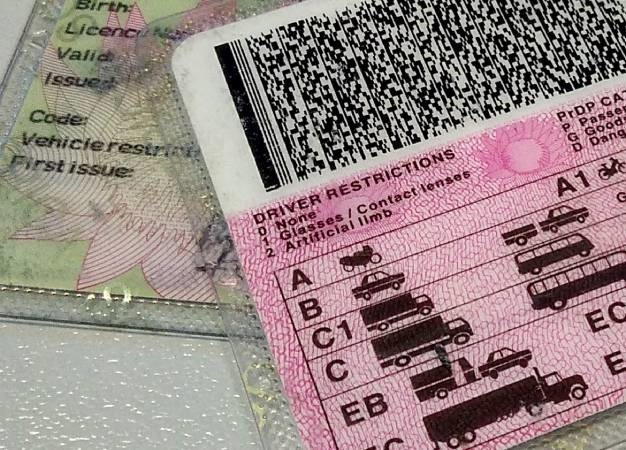 Mrs Simpson first wrote in to me a while ago about her concerns having to renew her licence. I had then discovered the RTMC was posting messages on social media platforms, as well as their own website, that motorists who are at the age of sixty years or older, need not to make an online appointment on Wednesdays and could just 'walk-in' at any driver licence testing centre in Gauteng.

Great news I thought, and I was happy that our senior motorists would now be seen to without fuss or fail. If only.

Earlier in November, Mrs Simpson wrote: "I went to the Randburg Licensing Department to renew my driver's license. I was there at 09:30 and there was quite a queue.

"Some of the people waiting had got there from 05:30 but the doors were closed on them at 07:30. They were waiting in the hopes that the persons already inside would be processed more quickly than expected, and they would be let in.

"I felt such a fool!

"Now I am worried about having to get up at say 04:00 to get there early enough to be attended to. I am afraid to be out alone so early."

Since then, the RTMC has promised DLTC would make 70% of their capacity available for driver licence renewals, and also promised that senior citizens would be assisted on Wednesdays, in their own queues (read: motorists over 60).

Of course, this has not happened, and the struggle continues.

Mrs Simpson has since then ventured out to the same DLTC and shares her latest experience:

"They had already closed the doors on further admittances. Grrrr!

"The man said we must try again! He said that they are allowing thirty pensioners in every day of the week now. That's a drop in the bucket seeing what I have seen!

"I took a photo for you. As you can see (pictured above) the queue stretched quite a long way back from the lady in the blue jeans. One lady was trying for the fourth time!

"There were no special arrangements for the disabled. There were two of us. One in a wheel chair, one with a walker - me! I've had a knee replacement.

"It strikes me that apart from everything else, no consideration has been given to pensioners on tight budgets having to waste precious petrol on countless wasted trips, or even those who really can't afford to keep coming back, aged or not."

We're at the end of November, the festive season is on our doorstep which means offices will be closed on public holidays. There are less than two months left for lockdown expired driver licences. I don't see this problem being solved any time soon. There's also speculation that we might head into Lockdown Level 3 if Covid-19 numbers continue to surge.

Will government and the RTMC be forced to extend the deadline again? I certainly hope so.

If you have any queries or stories to share, please email the Wheels24 editor here.

We live in a world where facts and fiction get blurred
In times of uncertainty you need journalism you can trust. For 14 free days, you can have access to a world of in-depth analyses, investigative journalism, top opinions and a range of features. Journalism strengthens democracy. Invest in the future today. Thereafter you will be billed R75 per month. You can cancel anytime and if you cancel within 14 days you won't be billed.
Subscribe to News24
Related Links
LETTER | I'm a pensioner, I felt such a fool - the licence system is a terrible situation
Driving with J9 | What happens to your licence appointment if the DLTC is closed or offline?
Driving with J9 | How to fix common eNatis errors when booking online drivers' licence slots
Next on Wheels24
Driving with J9 | Do your homework with car parts, you'll save more money than you'd think