LETTER | If Nissan wants success with its new Navara, add a V6 petrol to the mix - reader 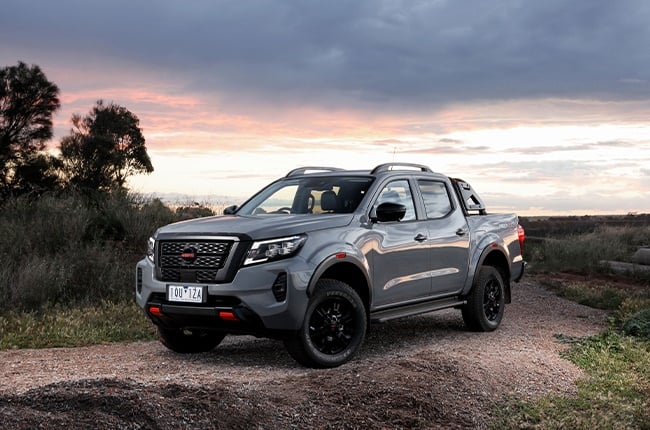 • Nissan's new Navara will arrive in South Africa in April 2021.

• According to a reader, the new Navara needs a V6 petrol engine to become a sales success in SA.

• As it stands, the 2021 Navara will continue with the current 2.3-litre diesel engine.

Nissan revealed its SA-bound Navara earlier this month and, on the face of it, the bakkie looks ready to take on its very established rivals. Apart from the vastly different design, the bakkie will be powered by the familiar turbocharged 2.3-litre diesel engine that will be available in various states of tune. The exact power outputs and specification will be announced closer to the bakkie's South African launch in the autumn of 2021.

Wheels24 encouraged its readers to share their thoughts and opinions on the new Navara, to which Theo van Strijp heeded the call.

Van Strijp shared an interesting view on the Navara's engine lineup and believes that the Navara needs a V6 petrol engine to stake its claim against the likes of the Toyota Hilux, Ford Ranger, and Volkswagen Amarok.

Theo van Strijp wrote the following: "I don't think the new Nissan Navara's arrival will see sales will improve drastically over the current model's. The main reason, in my opinion, is that it is not very competitive when it comes to 'performance'. The 2.3-litre turbo diesel engine is a good, reliable unit, but it does not perform too well when it comes to hard labour. And that, I think, is why current Navara sales are not up to standard.

"Concerning the new Navara… It comes across as a massive improvement over the current model - which is a good thing - but I believe it will still fall short to the competition. The end result will have to be a V6 petrol engine that Nissan can borrow from its Infiniti brand.

"The Navara was produced locally between 2006 and 2009 and had a 4.0-litre V6 petrol engine as an additional option for the South African and Australian markets. That was a jewel of an engine! Because the new Navara will also be produced in South Africa, perhaps Nissan SA should look at such an option for prospective buyers. Going down this route will see the automaker increase its market share.

READ: New Navara breaks cover - Nissan's most advanced bakkie yet will be built in South Africa

"There is a significant need for petrol-powered performance bakkies in South Africa, but our market is a 'dumping site' for bakkies with small diesel engines. Take the Volkswagen Amarok V6 and Mercedes-Benz X350d (V6), for example. These models were/are the best-selling units in their respective ranges.

'Why?' I hear you ask yourself. It's because these engines offer more performance, but a V6 diesel just can't match the smooth power delivery of its petrol counterpart. When it came to performances in rallies around 2007, 2008 and 2009, Nissan performed impeccably well. Why? Because that V6 petrol engine could be tuned to extract the maximum performance. Today's 2.3-litre engine is just not built for performance.

"If Nissan should add a V6 petrol option to the new 2021 Navara range, I would definitely be the first to acquire one. I owned the Navara V6 and followed it up with a Toyota Hilux V6. Currently, I own the V6 Amarok. Not a bad bakkie, the Amarok, but the engine is not as smooth as the Navara V6.

"To be honest, I miss my V6 Navara and regret the day I sold it. Now I can only dream of the day Nissan adds a V6 petrol engine to its new Navara line-up."

Nissan South Africa responded to our enquiry on the new Navara's engine lineup, saying: "At this point we are not commenting on the engine lineup of the new Navara. This information will be shared in due course in the run up to the launch in 2021." 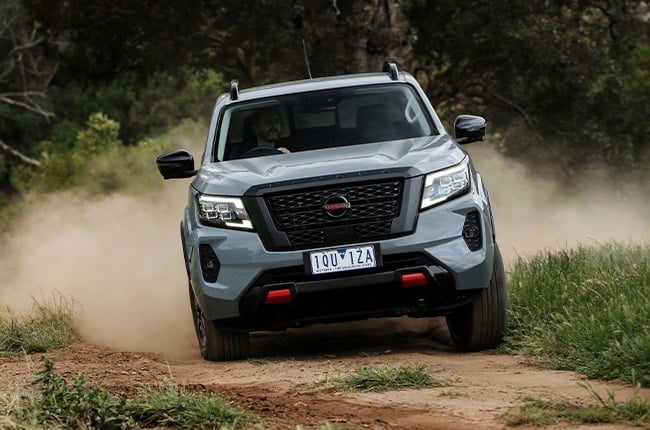 2021 Nissan Navara (Nissan Media)
We live in a world where facts and fiction get blurred
In times of uncertainty you need journalism you can trust. For only R75 per month, you have access to a world of in-depth analyses, investigative journalism, top opinions and a range of features. Journalism strengthens democracy. Invest in the future today.
Subscribe to News24
Related Links
Nissan's new SA-bound Navara line-up to include a PRO-4X adventure bakkie
New Navara breaks cover - Nissan's most advanced bakkie yet will be built in South Africa
WATCH | Nissan hints at what SA-bound Navara will look like come November 2020
Next on Wheels24
LETTER | If SA government puts people first, they can resolve driving licence debacle