• The Centodieci uses a quad turbocharged W16 engine with an output of 6 840kW.

• It is limited to 10 units, all of which have already been sold.

If there's one automaker that defies the realms of speed and performance, Bugatti is one of the top choices in the hat.

Their latest offering, the Centodieci, pays a mighty tribute to the EB110 of the early '90s that was considered the fastest and most extraordinary supercar of its time.

Just a bit of background, the EB110 featured a carbon monocoque, a quad-turbocharged mid-mounted V12 engine that sent 405kW to all four wheels, running to top speeds of more than 350km/h – a feat which was unattainable by other sports cars of that time.

Its flat front construction and smaller horseshoe shape means the 1 176kW hypercar is firmly planted on the ground even at devastatingly high speed. 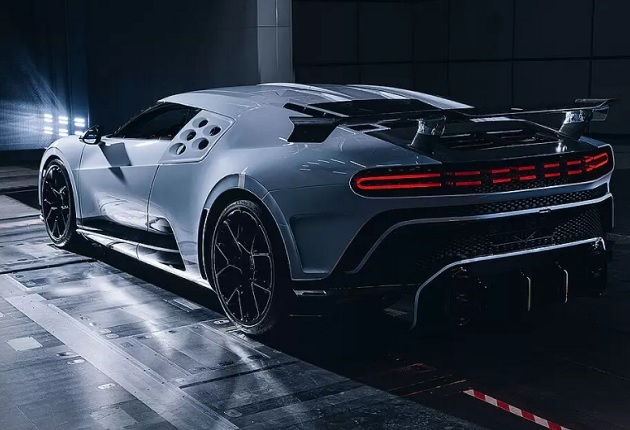 Like other Bugatti models, the Centodieci is a model of blistering performance. It uses a quad-turbocharged 8.0-litre W16 engine with a maximum output of 1176kW. In addition, it also achieved speeds of up to 300km/h in a sophisticated wind tunnel testing.

André Kullig, Technical Project Manager for one and few-off projects at Bugatti, says: "What's important are the data for downthrust at the front and rear axles. These have to be perfect because they are crucial to the vehicle's handling at high speeds. The aim is handling that's as balanced as possible at all speeds from 0 to over 300km/h."

If you have deep enough pockets to buy one, unfortunately, you won't be able to because each model was sold out within a matter of hours, with deliveries to its new owners set to take place next year.

The Centodieci finds itself among other hypercars from the flagship brand like the Bolide, Chiron and Divo.

We live in a world where facts and fiction get blurred
In times of uncertainty you need journalism you can trust. For only R75 per month, you have access to a world of in-depth analyses, investigative journalism, top opinions and a range of features. Journalism strengthens democracy. Invest in the future today.
Subscribe to News24
Next on Wheels24
Tiny Bajaj Qute is the modern depiction of what Japanese Kei cars used to be in the 90s

Subscribe to newsletters
Lockdown For
DAYS
HRS
MINS
Brought to you by
Voting Booth
Who do you feel was at fault for Verstappen and Hamilton's Italian GP crash?
Please select an option Oops! Something went wrong, please try again later.
Verstappen
25% - 1212 votes
Hamilton
42% - 2029 votes
They were both at fault
33% - 1583 votes
Previous Results
Car Doctor
WATCH | How to protect yourself from buying a water-damaged used car