Car Culture | Everything is bigger in Texas, even the burnouts

Almost every major city in the world has a subculture where people meet to show off their cars, perform and socialise. The common thread is their love for cars.

Vice, an online company who defines themselves as 'the definitive guide to enlightening information', sent a team to Houston, Texas to check out what the Lone Star State has to offer.

Guap is a member of the Private Kings car club and says that people meet at empty warehouse parking lots and prominent intersections and do illegal street racing and spinning.

A famous stunt performed by members of the club was a famous Houston tourist spot called Galleria, cellphone footage shows multiple cars doing 'donuts' and causing absolute mayhem. The drivers or their passengers even light firecrackers to add more chaos to the spectacle.

Guap says the Galleria stunt, which took place at 02:00 on April 8, 2019, caught the attention of mainstream media and splashed bucket loads of notoriety onto the club. 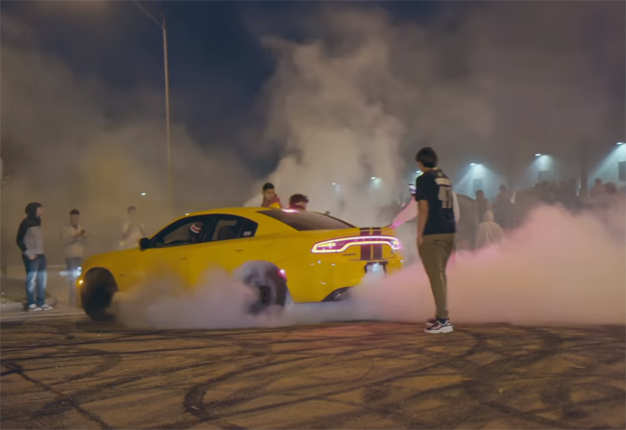 The youngsters head out in their Corvettes, Fords and Toyotas to meet up and create as much noise and smoke as they can.

Vice says: "The highly illegal and often dangerous "sideshow" culture, which started in the San Francisco Bay Area, has given birth to an underground series of car rallies often referred to as "takeovers". Since the tradition's inception, it has become popular nationwide in cities like Los Angeles, New Orleans, and Kansas City.

"We travel to Houston, Texas, to see how newcomers to the scene are using both technology and firecrackers to escape the cops and get their fledgeling car club some clout."

We live in a world where facts and fiction get blurred
In times of uncertainty you need journalism you can trust. For only R75 per month, you have access to a world of in-depth analyses, investigative journalism, top opinions and a range of features. Journalism strengthens democracy. Invest in the future today.
Subscribe to News24
Related Links
SA car spinning is a real sport - Shay’ iMoto's first-ever national champion is crowned
WATCH: Where there's smoke, there's crazy car spinning - Here's what it's all about
Next on Wheels24
Drag race | BMW 4 Series vs Audi A5