Apparently there's a whole lot of baby-making going during lockdown. So we thought we'd help with some naming ideas. It's a special yet nervous time when couples are expecting a bundle of joy with so many things to consider before baby arrives.

Everything has to be ready, from the installation of the cot to the colour of the walls - although sleepless nights are a non-negotiable requirement you're better getting used to than fighting.

Giving the little one a name can also prove to become something of a 'chore' as dad wants one name while mom would like another. So how do you find a solution to that dilemma?

WATCH | Six car names with strange stories behind them

Even if both parents aren't petrolheads, there are a number of car models that actually have beautiful names that can also double as one for the baby as well.

Wheels24's Janine Van der Post says: "You have to be a proper petrolhead to want to name your little one after an automaker or one of its cars. My husband is a rugby fan of note, and if I wasn't going to win the battle against naming our daughter after an All Black rugby player, I'd have met him halfway if it was related to cars. Thank goodness we found a more fitting, beautiful name instead.

"Car names are not uncommon though. I've heard of many people names Mercedes or Porsche (most spelt Portia or not even related to cars). Heck, I've even heard of someone named Veyron or Bentley. And, if it works for you and you're not going to endure  your child being teased for the rest of their lives - then why not?"

Do you know of any bizarre baby names or other models we can add to this list? Email us.

Did you know, according to strangelist, babies have been named Brfxxccxxmnpcccclllmmnprxvclmnckssqlbb11116 and KentuckyFriedCrueltyDotcom. In this case, cars are very much a safe bet.

Take a look at the list below, maybe some of these names are what you've been looking for:

The sacred Ferrari Enzo is one of the most iconic cars in the world. It is in fact named after someone, Ferrari's founder, Enzo, that pays homage to his legacy. Chevrolet might not be in South Africa anymore but one of its sedan offerings has a cool name. Soccer star David Beckham and former Spice Girl Victoria Beckham also named their son Cruz, making it a good choice for a baby name. The Mini, a legend in its own right with a rich heritage, was made famous by 'Mr Bean' in modern times as his trusty set of wheels in both the series, animation, and movie franchises. The car has become bigger and faster since the first small offering as those years ago.

In addition to the Cooper S, it comes in a range of shapes like the Countryman and Clubman as well as the venerable high-performance John Cooper Works. The Clio is Renault's popular hatchback offering that competes in the same bracket as the Ford Fiesta and Volkswagen Polo. A catchy name and one that can be thrown in the hat as an option for a little girl.

South Africa saw the Clio arrive locally from the second-generation and it has become a normal fixture ever since. Around 15-million units of the Clio have been sold worldwide since its debut back in 1990. 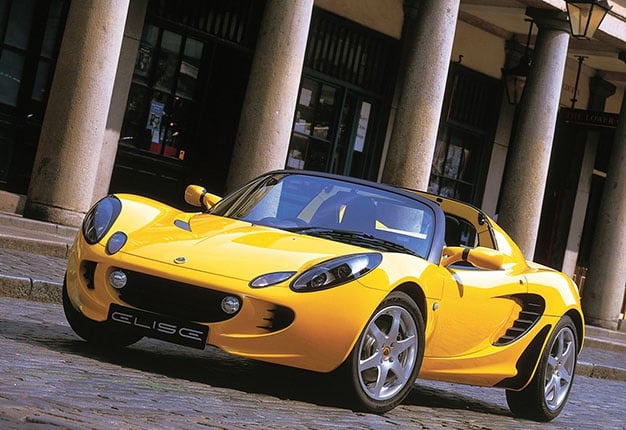 Yet another name to choose from and this time it comes from Lotus' sporty Elise model. The British roadster started its life in 1996 with the Series 1 and is still produced today with the Series 3.

It is also known for using Toyota engines combined with very low kerb weights of under 1000kg. The name is dainty, fitting of well-mannered young lady.

We live in a world where facts and fiction get blurred
In times of uncertainty you need journalism you can trust. For 14 free days, you can have access to a world of in-depth analyses, investigative journalism, top opinions and a range of features. Journalism strengthens democracy. Invest in the future today. Thereafter you will be billed R75 per month. You can cancel anytime and if you cancel within 14 days you won't be billed.
Subscribe to News24
Related Links
WATCH | Can a baby seat fit in a Ford Mustang Convertible?
A new baby means a new look at your car - here's a handy checklist for first-time parents
Next on Wheels24
INTERVIEW | Top Gear trio bring the laughs and share what it was like to shoot season 32