• The fragrance will not be available to buy.

• The Mustang Mach-E GT is not available in SA.

Ford has created a distinct fragrance, specifically made for the drivers of electric vehicles, who miss the smell of good old-fashioned petrol.

Inspired by the all-electric Mach-E GT, the Mach-Eau fragrance was created by Olfiction. It is also infused with smoky accords, aspects of rubber, blue ginger, lavender, geranium, sandalwood, and a specific 'animal' element according to the fragrance company.

A Ford-commissioned survey showed that almost 70% of drivers said they'd miss the smell of petrol is what they'd miss most when swapping to an EV. The blue-oval brand revealed the fragrance at this year's Goodwood Festival of Speed motoring event. 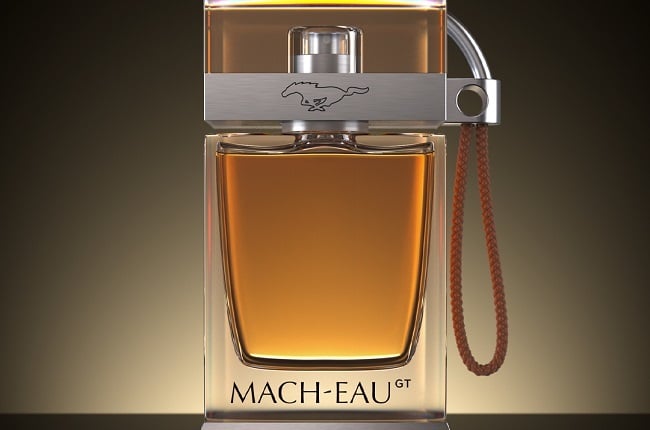 Distinctive in its own way

Unfortunately, though, the fragrance will not be available to buy, instead serving part of the brand's mission to dispel myths regarding EVs.

Jay Ward, director, Ford of Europe Product Communications, says: "Judging by our survey findings, the sensory appeal of petrol cars is still something drivers are reluctant to give up. The Mach Eau fragrance is designed to give them a hint of that fuel-fragrance they still crave. It should linger long enough for the GT's performance to make any other doubts vaporise too."

The rollout of electric vehicles in SA is still very much in its infancy as local petrolheads still have a strong affinity for petrol-powered machines.

We live in a world where facts and fiction get blurred
In times of uncertainty you need journalism you can trust. For only R75 per month, you have access to a world of in-depth analyses, investigative journalism, top opinions and a range of features. Journalism strengthens democracy. Invest in the future today.
Subscribe to News24
Next on Wheels24
SEE | These performance cars from other automakers also carry the 'GT-R' insignia