Keep your Porsche Cayenne, give me this! • Porsche 911 rally cars, preferably in Rothmans livery, have been around since the 1984 Dakar Rally.

• In 2020, Porsche-specialist Singer along with Richard Tuthill and Rally 911 have reimagined the 'Safari 911'.

In 1984, Porsche entered three 4x4 versions of its 911 sports car into the Paris-Dakar Rally, as it was known then.

The German carmaker ended up taking overall honours with René Metge behind the wheel. Nowadays, it's large SUV-looking racing buggies or bakkies that dominate the car section of the Dakar rally.

It's mind-boggling to think the Porsche 953 battled from France, via Ivory Coast, Guinea, Sierra Leone and Mauritania to finish as winner in Senegal.

Metge and co-driver Dominique Lemoyne crossed the finish line ahead of V8-powered Range Rover and a Mitsubishi Pajero Evolution. 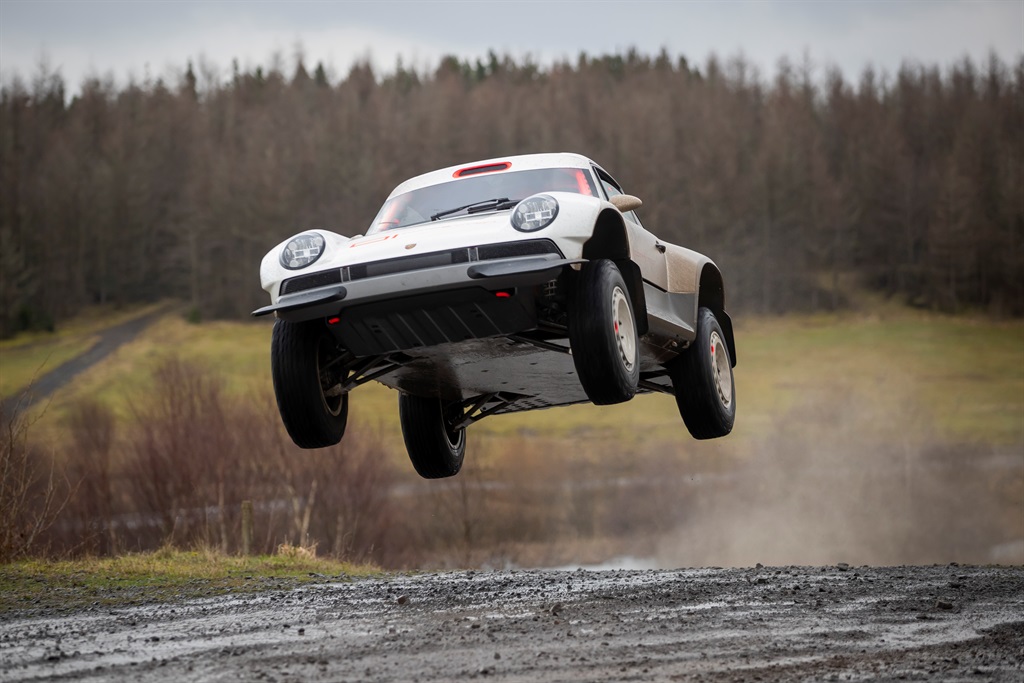 And that brings us to what sent the car world into overdrive this week. A collaboration of epic proportions between Porsche specialist Singer and 911 rally expert Richard Tuthill saw content of a bespoke rally Porsche 964 911 emerged.

Called the All-Terrain Competition Study, or ACS, it is a collaborative effort between Singer, Rally 911 and Richard Tuthill. The trio came together and created a visual and technical masterpiece for a client. The brief entailed serious modifications to the owner's 1990 964 air-cooled 911 that can be used at rally events such as the Baja 1000 and even the Dakar Rally.

Rob Dickinson, Singer boss, said: "We've taken particular inspiration from the iconic Rothmans-sponsored 911 SC/RSs and 959s that conquered events like the Qatar International Rally and Paris-Dakar in the mid-'80s and, at the request of our client, have reimagined these all-terrain 911's in their honour while utilizing fresh perspectives and state of the art know-how." The owner chucked not one but two 964s at the companies. The Parallax White car is created for desert races, while a second car, donned in Corsica Red, is configured for high-speed, high-grip tarmac events and disciplines.

Tuthill said: "This collaboration brings together the best of innovation, cutting-edge technology and decades of real rallying experience into one, amazingly capable, all-terrain off-road racing vehicle."

What exactly have they done to it?

Let's start with the engine. It's a twin-turbo flat six-cylinder engine tuned to deliver around 350kW. It uses a sequential racing transmission with front, centre and rear limited-slip differentials and, obviously, has four-wheel drive. As it will be used in off-road races, the monocoque has been strengthened, but it also features lightweight carbon fibre body panels to show its racing prowess.

The ACS looks like a skyscraper compared to the 911 parked outside Caprice and also feature increased suspension travel and is more Hulk than Bruce Banner.

The ACS is a proper race machine with FIA-spec roll-cage and seats fitted into the cabin that has a modern yet bespoke finish to every switch and panel. Why I want one

Because I do, is the simple answer. But apart from that, the level of craftsmanship that has gone into the ACS has won me over.

And yes, there's one lucky person in the world that will get to experience the ACS (and the other one), but cars like these serve as inspiration to car lovers that we can mould and configure ordinary cars into ones that can do the extraordinary. 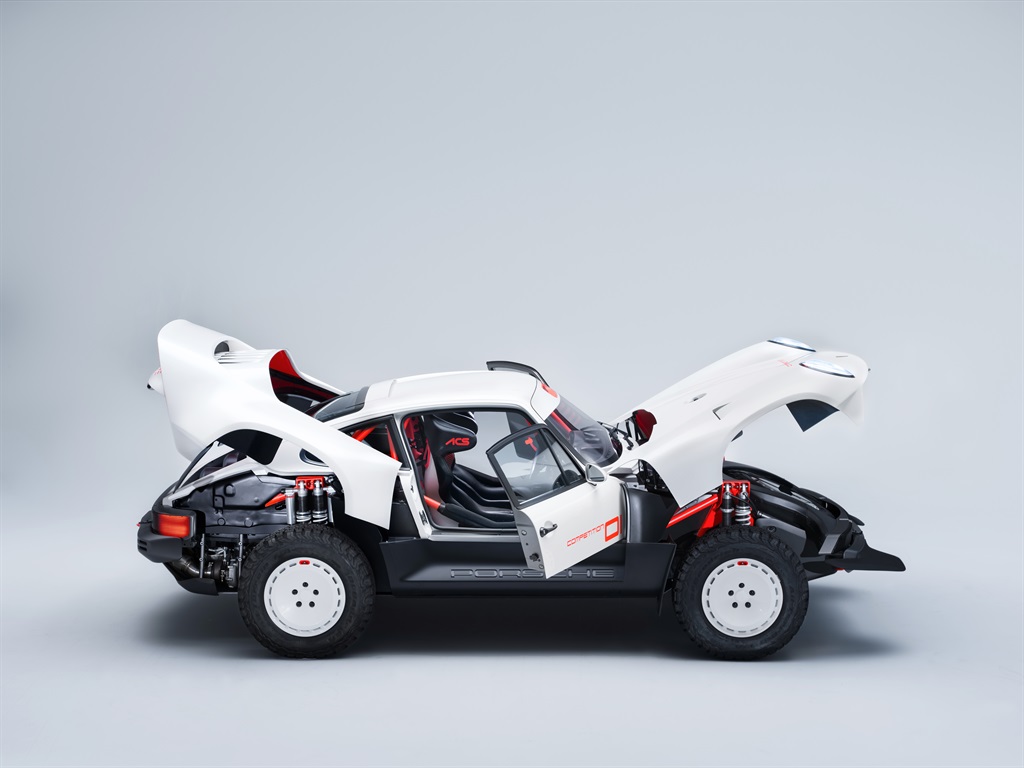 ACS by Singer
Newspress
We live in a world where facts and fiction get blurred
In times of uncertainty you need journalism you can trust. For only R75 per month, you have access to a world of in-depth analyses, investigative journalism, top opinions and a range of features. Journalism strengthens democracy. Invest in the future today.
Subscribe to News24
Related Links
Spin-offs, 'rebels' and hypercars - Porsche shows the cars that inspired its modern line-up
Porsche's Taycan executes world's longest EV car drift
This is the best Porsche ever driven: 1992 964 C2 - reader
Next on Wheels24
WATCH | Knysna Getaway: Driving the Seven Passes and walking with elephants

Subscribe to newsletters
Lockdown For
DAYS
HRS
MINS
Voting Booth
How should Haas' new driver Nikita Mazepin be punished for his awful behaviour?
Please select an option Oops! Something went wrong, please try again later.
He should be removed from the team
48% - 361 votes
The FIA should give him a hefty fine.
13% - 97 votes
Won't matter, Dad's money will always save him.
39% - 289 votes
Previous Results
Car Doctor
WATCH | 10 Covid-friendly tips for road-trips in SA