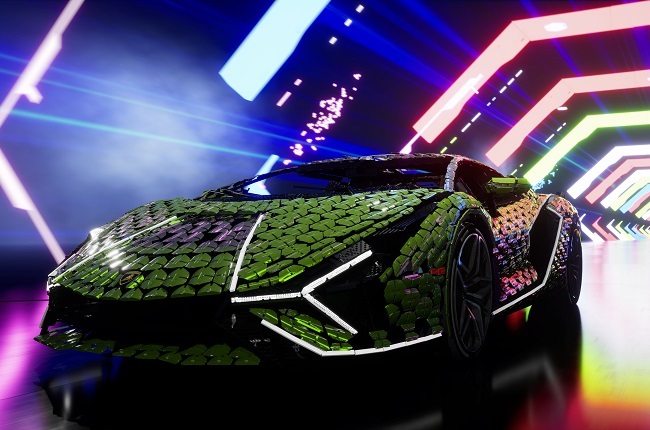 • Lego built a life-size replica of the Lamborghini Sián FKP 37 made from over 400 000 pieces.

• The model was put together by designers and engineers at the Kladno factory in the Czech Republic.

Following the launch of the 1:8 scale Lego Technic Lamborghini Sián FKP 37 in May last year, the brands have once again teamed forces to produce a real-life replica of the limited-edition supercar.

In a new first-of-its-kind virtual unveiling from Lego, the full-scale model was rebuilt in a virtual workshop to give supercar and brick-building enthusiasts an exclusive glimpse. This is the second collaboration between the two companies, with Lego also working with other automakers like Aston Martin, Ford and Nissan.

The model was put together by designers and engineers at Lego's Kladno factory in the Czech Republic, using over 400 000 pieces. It also took a whopping 8 660 hours to put together in intricate detail.

Lego is no strangers to build full-scale brick cars, and besides the Sian FKP 37, they've also made real-life versions of the Bugatti Chiron, McLaren Senna and Honda Civic Type R. LEGO Technic Lamborghini Sián FKP 37
Supplied Lego
Are you currently in the process of building a unique Lego model car? Email us, or share your thoughts in the comments section below.

The real-life Sián FKP 37 uses a V12 engine and hybrid technology producing a combined 602kW and 720Nm, mated to a seven-speed ISR (Independent Shifting Rod) transmission, running to a top speed of 350km/h.

While the replica is far from the original in the performance department, the build dimensions are identical to the real-life model, measuring 4 980mm in length, 2 101mm wide and 1 133mm high. Additionally, it weighs 2 200kg.

The Lego FKP 37 is a near-perfect representation of the original, draped in a striking lime green paint job complete with matching golden rims. Even better is the fully functional head and rear lights built from the brand's Technic elements range. The inside was treated of the supercar to the same exterior craftsmanship with a brick-built steering wheel decorated with the Lamborghini emblem and Italian flag. There is also a uniquely-built dashboard with accompanying controls and racing seats.

Lena Dixen, Senior Vice President of Product and Marketing at the LEGO Group, says: "Our designers love a challenge, so you can imagine their delight when we tasked them to think slightly larger than normal with this model. They jumped at the chance of teaming up with our amazing designers and engineers from our model production workshop at the Kladno factory in the Czech Republic, who build these impressive life-size models and pushing the boundaries of what can be done with LEGO Technic. The creativity that the system allows meant it was possible to really do justice to the exceptional design of the Lamborghini Sián FKP 37." Both brick-building and motoring enthusiasts will be waiting in eager anticipation for the next life-sized collaboration. If the latest build quality of the Sian is anything to go by, the next project will be even better.

We live in a world where facts and fiction get blurred
In times of uncertainty you need journalism you can trust. For only R75 per month, you have access to a world of in-depth analyses, investigative journalism, top opinions and a range of features. Journalism strengthens democracy. Invest in the future today.
Subscribe to News24
Next on Wheels24
SEE | Have you seen these 'unusual' vehicles from VW, Ford and Renault on the road?