Peugeot and Nissan also slapped the GTI badge on their cars - Were they any good?

When anyone speaks about a GTI, you know exactly which brand they are talking about.

The Volkswagen Golf is famous for bearing the GTI nametag, but there are other manufacturers other than VW that also have a GTI model in their ranks, and they are just as fast.

In a bid to go toe-to-toe with the likes of VW, Peugeot had to introduce a hot hatch of its own. They had the base of which to build - namely the 206 and 208 - but it needed a name to make it the stand-out model. So they figured, why not tear a page directly from the books of the folk over in Wolfsburg.

This is where the 205, 206, and 208 GTi were born. Let's stick to one particular model, the 208 GTi. Under the bonnet lurks a turbocharged 1.6-litre turbo engine that pushes 147kW and 275Nm. It makes the same power as the fifth and sixth-generation Golf GTIs, but with the difference of implementing a smaller engine.

It might not be as popular as its German rival, but still represents another GTi alternative for those who like the French connection.

Do you know of any other cars that wear the GTI badge? Email us.

Believe it or not, but Nissan also has its very own GTI model, though it's more of a rival to the Golf R. The Pulsar GTI-R never made its way to South African, but people knew about the potency it hid under the bonnet. There is a reason it is called the 'baby Godzilla.'

The Pulsar GTI-R was a hatchback version of the Nissan Sentra we had locally, but had a turbocharged 2.0-litre four-cylinder engine that kicked out 169kW and 280Nm. All of the power was sent to all four wheels through an ATTESA all-wheel-drive system - the very same system used in the mighty Skyline GT-R.

The Golf GTI remains the king of the crop, but these models go to show that VW is not the only one with GTI goodness in their locker. 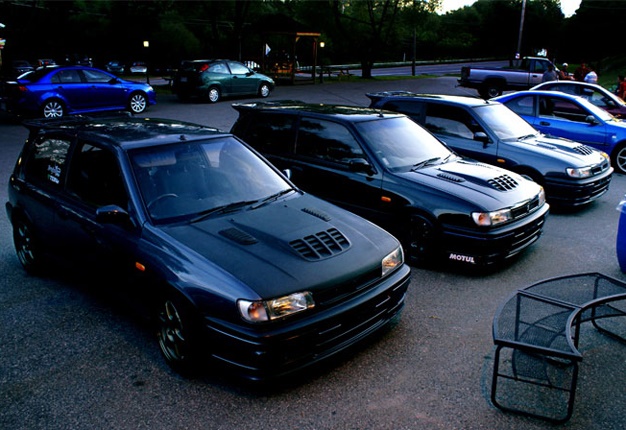 Robin Classen is the editor of Car Choice. Read the original article here.

We live in a world where facts and fiction get blurred
In times of uncertainty you need journalism you can trust. For 14 free days, you can have access to a world of in-depth analyses, investigative journalism, top opinions and a range of features. Journalism strengthens democracy. Invest in the future today. Thereafter you will be billed R75 per month. You can cancel anytime and if you cancel within 14 days you won't be billed.
Subscribe to News24
Related Links
Magnifique! SA-bound Peugeot 208 wins 2020 European Car of the Year
Throwback review | Volkswagen MkVI GTI Cabriolet
Next on Life
Champagne motorsport taste on a beer budget - Africa's only 24-hour race for 'lemon' cars is back