Pioneering innovation - Five cool Lamborghini facts you might not know about

• Exotic carmaker Lamborghini was founded in 1963.

• Models like the Countach, Marzal and Muira form part of Lambo's rich history.

• The brand is famous for using mid-mounted V10 and V12 engines.

Lamborghini is one of the most prestigious automakers globally, with various supercar offerings like the Aventador, Countach and Huracan.

All of its models have one common trait: to look good and produce bucketloads of power that comes from its naturally aspirated or turbocharged V10 and V12 engines.

A modern version of the iconic Countach currently serves as the Italian automaker's latest supercar offering, and to mark its exclusivity, only 112 units will be produced.

Throughout Lamborghini's history, there have been numerous records and firsts in the automotive world, and here are five of them that you might not have known about.

Marzal - the car with the most glass surface area

It was built as a four-seater grand tourer and designed by Marcello Gandini for Carrozzeria Bertone, became a worldwide icon of style and design.

The Marzal's interior features silver-coloured leather and hexagon shape, in sections like the dashboard, rear window and console cut-out. One of its stand-out features was the glass surface covering 4.5-square metres from the gull-wing doors to the roof. Miura - the car designed by the youngest team in Lamborghini's history, with an average age of 29

The Miura again finds itself on the list. In 1966, with an average age of just 29, the youngest in the history of the brand, designer Marcello Gandini and test driver Bob Wallace, both 28, along with chief engineer Gian Paolo Dallara and assistant engineer Paolo Stanzani, both 30, created the Italian icon. 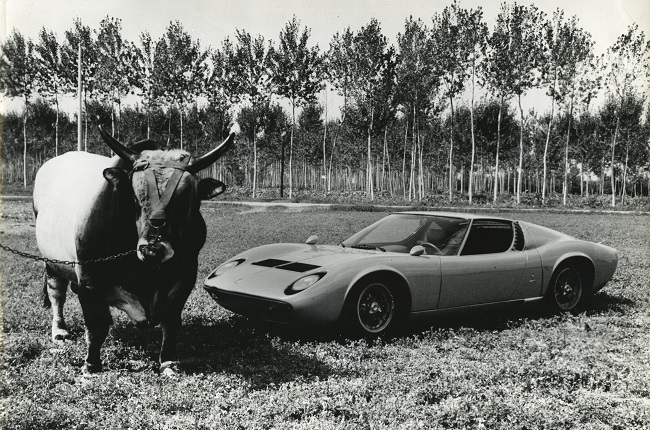 Miura - the lowest production road car at 105.5 cm in height

At just 105.5cm in height, the Lamborghini Miura was the lowest mass-produced car ever, a record that is part of the Italian brand's DNA. Still today. The premise for this particular vehicle started as a project aimed at developing a high-performance off-road vehicle for military use.

It had a body made of aluminium and fibreglass, powered by a 5.1-litre engine with a maximum output of 335kW, sent to all four wheels. A total of 300 units were produced between 1986 and 1992.

The current Lamborghini Urus reaffirmed this achievement, the direct heir of the LM002 and the first super SUV to be mass-produced. Designed by Marcello Gandini in 1971, the Countach was the first production car equipped with vertically opening doors.

One of its benefits allowed the driver to lean out to better see the area behind the car when reversing, solving the problem of poor rear visibility and parking in tight spaces.

Starting from the Diablo, heir to the Countach, and moving through the Murciélago, Reventón, Veneno, Centenario and Aventador range, the vertically opening doors have become a characteristic of Lamborghini's DNA on its 12-cylinder models.

WATCH: Finally! Lamborghini takes the covers off its brand-new Countach Lamborghini Countach
TheNewsMarket
We live in a world where facts and fiction get blurred
In times of uncertainty you need journalism you can trust. For only R75 per month, you have access to a world of in-depth analyses, investigative journalism, top opinions and a range of features. Journalism strengthens democracy. Invest in the future today.
Subscribe to News24
Next on Wheels24
This Cape Town barber dreams of giving free haircuts from a mobile salon, but he needs help