SEE | Kia has great cars, but here are a few concept models you might not have heard of • Kia has their fair share of concept models, and we take a look at some of them.

• The list features everything from Soul'ster, Stinger, and KCV4 Mojave pre-production models.

Before a vehicle generally goes into production, automakers display concept versions at shows across the world to gauge public interest - which often speeds up the 'dream to reality' process.

Where design is concerned, the concept is generally not far off and looks somewhat incomplete, while at the same time also illustrates the elements that work and the ones that don't.

The Lamborghini Estoque, Mini Superleggera Vision, and Volkswagen's W12 Nardo are some of the past concepts that never reached the production phase - what a pity. Kia has seen massive growth in South Africa over the last decade with new generations of established models and also introducing a number of new offerings like the Seltos and Sonet compact crossover, for example.

The Korean brand also has many concept models from as early as 2005 with the Mesa and Multi S, up until 2016 featuring the seven-passenger Telluride which is available in other international markets.

Do you think some concept models from other automakers should have seen production? Please email us, or share your thoughts in the comments section below.

According to The Things, the 1930 Buick Y-Job was the first-known concept car, while General Motors came up with the idea for concept cars in the 1950s.

Kia has a great range of affordable and frugal models currently on sale in South Africa, but before the final product, here are some of their earlier concepts:

The GT4 Stinger is a rear wheel drive sport coupe created with a futuristic design language. Built with an eye toward weight reduction, functionality and pure driving enjoyment, the GT4 Stinger has re-defined Kia's design philosophy for purity and simplicity, earning such global accolades as the 2014 IDEA Design Award. 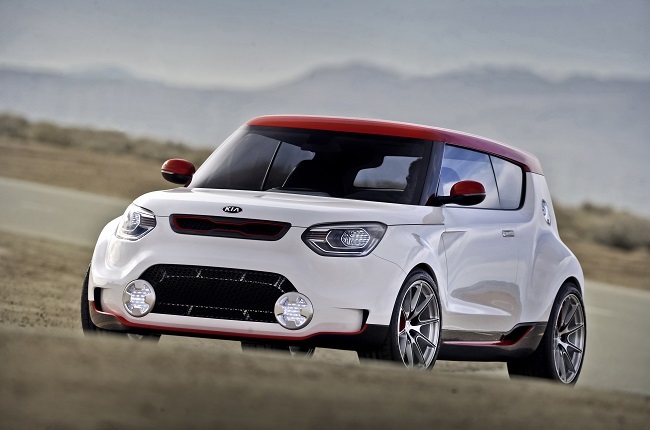 The Track'ster is a 3 door CUV concept designed for toughness, dynamics and powerful performance. Its white and orange colours attract your attention right away.

The concept Soul'ster is a Soul based four-seater MPV with an open canvas roof top. Designed to be both vibrant and sporty, it appeals to active, young people looking for fun. The South East Automotive Media Organization of the US named the Soul'ster the Concept Truck of the Year in 2009. The POP is an electric concept causing no emissions that represents Kia's vision for the urban transportation of the future. Unconventional features of the POP include the striking side-window design and the high-tech feel of the dot-patterned grill and rear lamps.