Whether its an action-packed car chase through city streets or full on drag racing like the Fast and the Furious franchise, cars have become a prominent feature on the big screen.

QUIZ | If you love cars and movies, then this is the perfect brain-teaser for you

With that said, car manufacturers have, albeit unintentionally, named their cars after a few popular Hollywood movies over the years. Do the characters Mr Anderson, Leonidas and Benjamin Martin ring a bell?

The cars on the list is directly comparable to the on-screen version, with the only exception being a 'the' before the movie's name. So, The Twilight Saga: Eclipse movie for the Mitsubishi Eclipse is not allowed.

Have we missed any other cars named after movie titles? Email us and let us know.

So, after much scouring of the vast web, five examples popped up. Here are just five of the many examples: 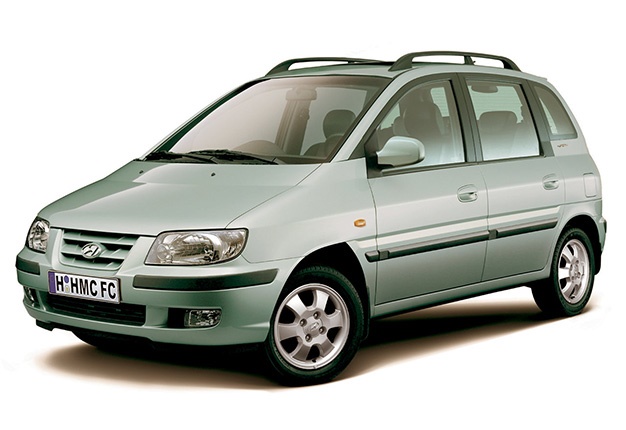 Many still call the Matrix a movie ahead of its time. It featured a star-studded cast with the likes of Keanu Reeves and Laurence Fishburne playing Neo and Morpheus respectively.

The car version though was not as attractive and popular as the movie, effectively later known as a Getz with a boot and also selling very few numbers locally. The MPV came in both diesel and petrol variants, depending on the country.

Many ardent petrolheads will know this 60's classic featuring Steve McQueen as Lt. Frank Bullitt in his Ford Mustang. In keeping with the movie's heritage and to celebrate its 50th anniversary, Ford released a special Bullitt version of which there will only be 50 units available in SA.

Under the lengthy bonnet hides a naturally-aspirated 5.0-litre V8 with 338kW and 529Nm, the same one found in the Mustang GT with 7kW more than the standard V8 version. Like that famous Supra vs Ferrari line in the Fast and the Furious 'what's the retail on one of those' - it is priced just over R1-million. The millennium saw Mel Gibson and the late Heath Ledger portray Captain Benjamin Martin and his son Corporal Gabriel Martin in this historical fiction war film. The movie was a box office success.

If you keep your eyes open, you can still spot a few examples on the road. Engine sizes came in no fewer than 2.0-litres but the line-up was eventually discontinued and replaced by the Compass. 'This is Spartaaa!' -  this is the famous battle-cry of King Leonidas in the action/war movie 300. It had no shortage of blood, gore, and violence as Gerard Butler's character lead a 300-man Spartan army through numerous battles.

The 300C wasn't that vicious but it definitely didn't lack power. In the top-specced model, power is sent to the rear wheels courtesy of a 5.7-litre, V8 producing 254kW and 529Nm. It was also available in SRT form equipped with a 6.1-litre Hemi engine with 317kW and 569Nm readily available under your right foot. There is a vast difference between the movie and the car it is named after. It's box-like design was pretty much self-explanatory and represents one of Nissan's dour-looking cars of the noughties.

The movie on the other hand, revolved around a group of people being stuck in a modern built cube kitted with various traps in each room.

We live in a world where facts and fiction get blurred
In times of uncertainty you need journalism you can trust. For only R75 per month, you have access to a world of in-depth analyses, investigative journalism, top opinions and a range of features. Journalism strengthens democracy. Invest in the future today.
Subscribe to News24
Related Links
Ford vs Ferrari - Which brand is searched the most?
WATCH: 'Ride or die' - How the Fast and the Furious transformed car culture
Next on Wheels24
WATCH | The ultimate Supra drag race - 3.0 vs 2.0 vs Mk4