The evolution of an icon: A drive down memory lane with the Lexus IS • The first Lexus IS model launched globally in 2000.

• Lexus is the luxury arm of Toyota.

It might have evolved in shape, size, efficiency, and performance, but the Lexus IS has established itself as a complete premium package the world over.

The first model made its debut in 2000 and, at the same time, initiated Toyota President and master driver Akio Toyoda into the exhilaration of performance driving.

South Africa received all IS models besides the SportCross station wagon body shape, with pricing for the current range starting from R841 300. The F Sport is the top-of-the-range performance version.

Take a cruise down memory lane with the evolution of all the IS models through all its generations:

The first model was announced in 1999 and debuted for sale in 2000 for the 2001 year model. Its front-engine, rear-wheel-drive-layout housed a naturally-aspirated version of the MK4 Toyota Supra's 2JZ-GTE engine.

It was the brainchild of chief engineer Nobuaki Katayama, creator of the iconic AE86. The model was also known for its clear acrylic rear lights and could well be credited for its use in many later Toyota models. As the years progressed, the IS got better, and the 2006 model year received numerous upgrades, including keyless ignition, electroluminescence display lighting and a sportier suspension setup.

The chief engineer of the second-generation IS was rally driver Suguya Fukusato. Forbes magazine reported it was one of the top luxury cars sold, as sales for this particular model increased by 332% in the United States. 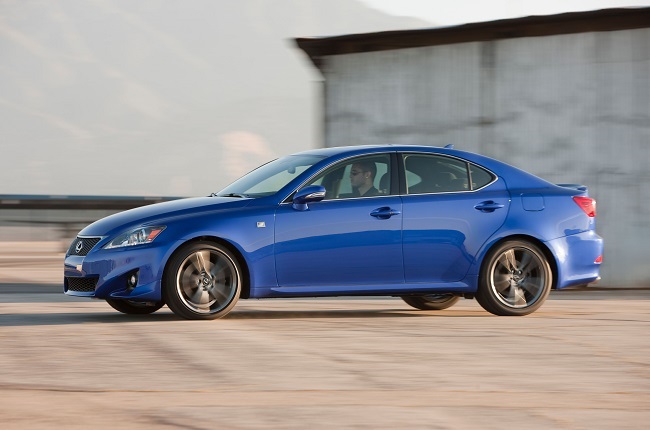 Even more improvements were to follow with the third generation. Lexus' high-performance F editions featured a 5.0-litre in a compact sedan.

In addition to the performance, it also featured a new body colour - Ultrasonic Blue Mica. For the first time, the IS will only be available a hybrid as Lexus exerts its influence and aims to make the hybrid-electric market its own. Local customers can choose between three grades - EX, SE and F Sport - with pricing starting from R841 300.