Dashboards layouts are becoming minimalistic for driver convenience. These are some of the weirdest dashboard designs.

Most follow the same layout and design and there's not much to say about vehicle dashboards besides the fact that it houses components like the instrument cluster, radio and a whole host of functionality buttons.

The vast majority of passenger vehicles come from the factory with hard plastic ones while the more premium offerings are almost always covered in leather.

The good and bad

Almost all dashboard layouts in passenger vehicles look similar and very basic with space allocated for things like the radio and climate buttons.

Which centre console or dashboard layout do you think is the most unattractive you've seen? Please email us or use the comments section below.

While most of them follow a straightforward design, some are, for lack of a better adjective, totally outlandish.

A driver spends most of his/her time behind the wheel of a car, so having a nice looking dash area can often influence a buyer's decision.

Most older vehicles' dashboards started to crack over time, mainly because of the constant exposure to the sun, and to have it redone can become expensive.

Dashboards accommodate all the essential components for the driver to monitor, but when it comes to design and layout, these ones are questionable:

The Fiat Multipla is already a strange-looking vehicle, and when sitting in the driver's seat, the dashboard layout leaves a lot to be desired.

Everything from gear lever, air vents, instrument cluster and radio is situated right on top of each other, making it look cluttered and not very visually pleasing. 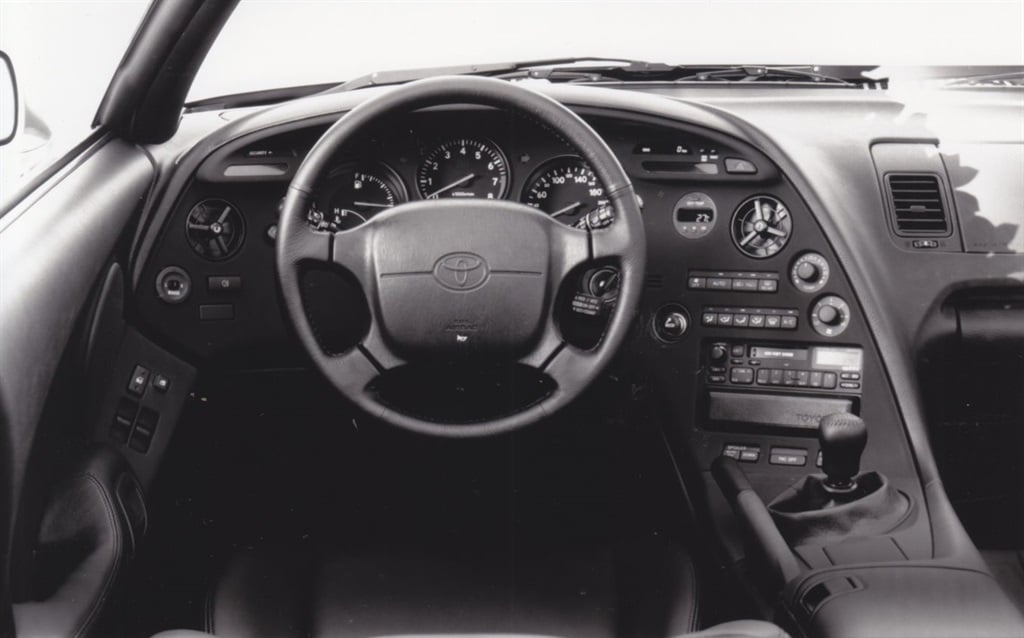 While the Toyota Supra is a legend and a mighty impressive performance car, the fourth-generation is under the microscope here for what it looks like on the inside.

Many have made the remark and comparison that the Supra's dashboard console looks very much like a fighter pilot's cockpit. Everything is angled towards the driver in an inverted 'U' shape. While its evolution is something to admire, it looks like the engineers ran out of ideas and space when designing the dashboard area.

It didn't have an instrument cluster, but instead, speedo and odometer dials were on separate places and were different sizes. Yet another Toyota makes it onto the list, but this time it's the old faithful second-generation Yaris passenger car.

It had impressive frugality and maintenance, but on the inside, it was nothing to write home about. To check things like speed and fuel usage, the drive had to look to the left because everything was located centrally, running vertically in line with the air vents, radio and gear lever.Toyota employed the same layout in the Etios as well.

We live in a world where facts and fiction get blurred
In times of uncertainty you need journalism you can trust. For only R75 per month, you have access to a world of in-depth analyses, investigative journalism, top opinions and a range of features. Journalism strengthens democracy. Invest in the future today.
Subscribe to News24
Related Links
'Comfortable and futuristic' - Kia previews new interior for upcoming Grand Sedona
REVIEW | There's surprising quality inside the Mahindra XUV300's cabin
Next on Wheels24
These cars with 'smiling faces' will definitely brighten up your dial