WATCH | Bored of Mario Kart? Here are some other karting games to try 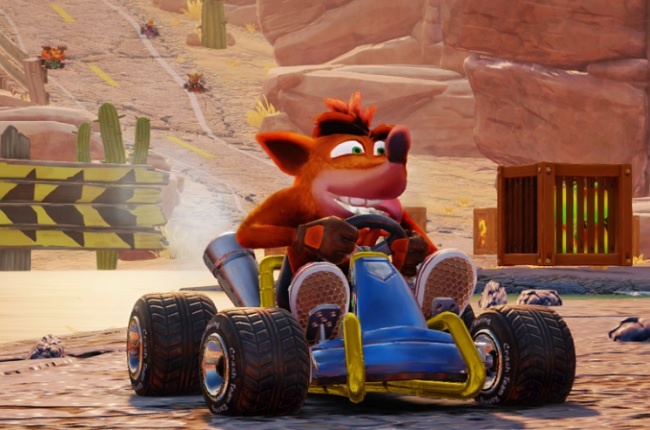 There is no better way to pass the time quicker than to play some games when you're stuck at home.

Sadly, you'll rarely find children outside playing 'kennetjie', hide-and-seek, or building 'forts' from anything you could find these days.

Life and technology have changed so much in the past 20 years that millennial kids of today don't know what that is. Instead, a smartphone and Wi-Fi connectivity is all that is needed.

Which karting games do you enjoy playing? Are they on this list? Email us, we'd like to know.

With that said, console and online gaming have become a big part of many people's 'recreational activities' with most owning either a Playstation, Xbox, or Nintendo Switch.

Games like Gran Turismo, Forza, and Need for Speed are aimed at the more serious gamer where technical motoring expertise is often required, but others are more colourful, and fun.

Since it debuted in 1992, Mario Kart has become one of the most played games, and a steady benchmark on which all new karting titles are measured.

What makes karting games fun is the unpredictability that comes with it. Players can shoot each other with a wide range of weapons or take unseen shortcuts on fast-paced tracks to gain an advantage.

It's also worth noting that most racing drivers, such as Lewis Hamilton and Max Verstappen started their careers behind the wheel of a go-kart.

Here are a few alternatives to Mario Kart that might tickle your fancy:

We live in a world where facts and fiction get blurred
In times of uncertainty you need journalism you can trust. For only R75 per month, you have access to a world of in-depth analyses, investigative journalism, top opinions and a range of features. Journalism strengthens democracy. Invest in the future today.
Subscribe to News24
Related Links
SEE | Some of the best mobile racing games for Android devices you can play now
LIST | These are the 10 most popular cars found in video games
WATCH | Must-have racing games petrolheads would want this Christmas
Next on Wheels24
WATCH | The ultimate Supra drag race - 3.0 vs 2.0 vs Mk4