Just about everyone that has some sort of affiliation with cars, knows something about the BMW 3 Series.

As one of the most popular cars of all time, the 3 Series has gone through numerous of changes ever since it made its introduction way back in 1975.

One thing that never changed, however, was the signature kidney grille.

So popular is the 3 Series that it has since gone on to sell more than 15-million units worldwide, responsible for some 20% of the brand's overall sales.

It is currently in its seventh-generation with the G20 and is a shoe-horned rival to the likes of the Audi A4 and Mercedes-Benz C-Class.

Have you ever owned a BMW 3 Series, and what makes it so special? Email us and let us know. 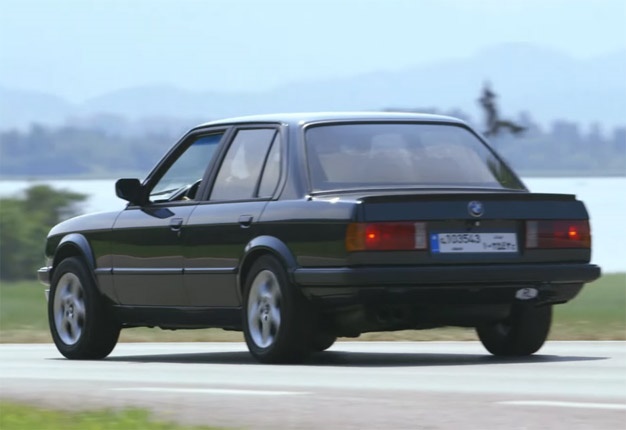 When you talk about the 3 Series you just have to include the M3 in that discussion.

These big displacement engines are well-known for their high-revving and strong power characteristics, as well as emanating a menacing growl from the exhaust. And every generation, apart from the first-gen E21, received an 'M' version.

It also comes in convertible and station-wagon trim for those wanting something a bit different, but still retaining the classic BMW drive. Each model just got better, more refined and even faster over the years and it's hard to imagine BMW putting a halt to that anytime soon.

EEP UPDATED on the latest Wheels news by subscribing to our FREE newsletter.

We live in a world where facts and fiction get blurred
In times of uncertainty you need journalism you can trust. For only R75 per month, you have access to a world of in-depth analyses, investigative journalism, top opinions and a range of features. Journalism strengthens democracy. Invest in the future today.
Subscribe to News24
Related Links
This is how many cars BMW has sold in SA so far this year
WATCH: BMW 3 Series Touring through the ages
Next on Wheels24
R1.1million for a used '86 Toyota Cressida? These 'oldies' cost more than most new vehicles