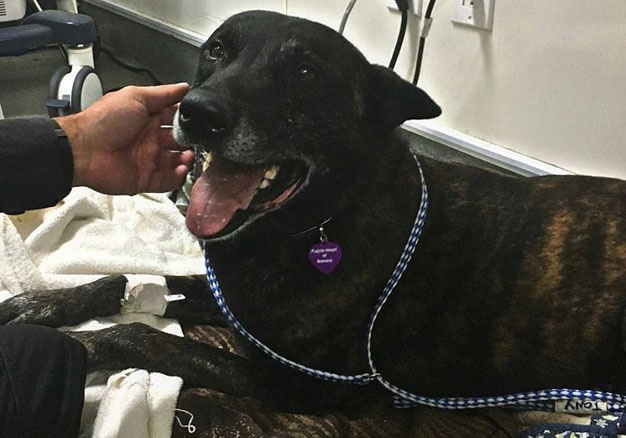 Los Angeles -  A police dog, called 'Puskas', was the star of an epic police chase, as the crime-fighting pooch caught a car thief that had fled on foot.

The BBC News  reported that the chase started after a man, wanted for previously assaulting a police officer, had been pulled over for a traffic offence. Police report he was driving a stolen vehicle at the time.

He then fled, and was seen speeding along an LA highway, skipping traffic lights and even crashing into another vehicle.

The carjacker then managed to highjack another vehicle before running into a business park and fleeing on foot. This was when Puskas came into his own and managed to stop the carjacker.

Nbcla.com reported that the dog lost some of its teeth and required surgery after tracking down the carjacker.

A smile from Puskas #ocpca #Repost @santaana_pd (@get_repost) ··· For his selflessness & bravery through it all @yorbaregionalah awarded #SAPDK9 Puskas ?? ???? Getting ready to head home! Stay tuned ...

Puskas, an eight-year-old police dog, catches a carjacker after an amazing chase pic.twitter.com/Tuav7BISEG

We live in a world where facts and fiction get blurred
In times of uncertainty you need journalism you can trust. For only R75 per month, you have access to a world of in-depth analyses, investigative journalism, top opinions and a range of features. Journalism strengthens democracy. Invest in the future today.
Subscribe to News24
Related Links
Driver tells cops 'car chase' was on his bucket list
WATCH: High-speed chase - Police vs. notorious gang in Audi RS 6
Next on Wheels24
R1.1million for a used '86 Toyota Cressida? These 'oldies' cost more than most new vehicles