• Ford attributes the consumption to its 10-speed automatic gearbox.

• The women have been driving their respective Ranger bakkies for the last six months.

On 7 April 2021, South African motorists will be paying more at the pumps, according to the latest information from the Automobile Association of South Africa (AA).

Due to factors like the rand's depreciation against the dollar, petrol (93 octane) increases by 95 cents a litre while low-sulphur diesel will increase by 63.2c. As a result, the fuel price is forecast at R17.10/litre for 93 octane and R14.80/litre for low-sulphur diesel.

Many South Africans are left wondering if they need to compensate by buying down to a smaller vehicle, but this isn't always necessary. According to Ford South Africa, its modern turbocharged engines mated with its 10-speed automatic gearbox, currently available in the Ford Ranger, make it possible to still enjoy the diverse benefits of a bakkie without needing to stretch your finances.

Leading Ford SA's 'RangeHer, She's Got Range' campaign, Mapalo Makhu, Leigh-Anne Williams, and Angie Khumalo each give feedback on the Ranger's fuel consumption; in the process showing that women have the power to change the world around them. During the past six months, these icons of South African radio, television and publishing have seen and done it all, but the Ranger's exceptional fuel economy still caught them by surprise.

Leigh-Anne Williams (South African actor, TV and radio presenter): "My journey with the Ranger Raptor has been such an incredible adventure for the last few months. It's incredibly smooth and quiet for its size. Talking about the size and all the capabilities of the bakkie, there was one thing that I was a tiny bit concerned about - the fuel consumption. I used my Raptor every single day for work, so I was worried that it would be a guzzler.

"Amazingly, it is very efficient in terms of fuel economy. On average, I only filled up twice a month with all the driving I did, or a little more if doing weekend excursions. For an immensely capable vehicle like the Ranger Raptor, this was really impressive." Angie Khumalo (Radio DJ and cattle farmer): "My Ford Ranger Wildtrak was a workhorse of note! As a farmer, not only do I have long distances to drive to transport stock and farm inputs, I also drag around trailers to transport livestock to auctions and feedlots. I was quite taken aback and pleasantly surprised by how economical the Wildtrak is when it comes to fuel consumption! Generally, I would need to put in fuel every third day or so, but not anymore! I put in fuel, and the Wildtrak went through all the paces I required from it for a whole week, if not more. Even on trans-provincial trips, I didn't have to worry about stopping every few hundred kilometres to fill up, because the Wildtrak's tank just somehow seemed to last longer than what I was used to. Even with the trailers, the power was still plentiful, and it didn't drink fuel." 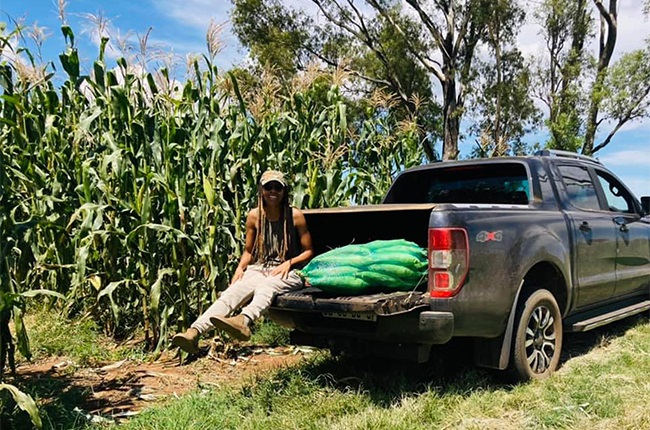 Mapalo Makhu (Author and founder of Women and Finance): "My family and I took several trips in the Ford Ranger, travelling to amazing places such as Clarens, Pilanesberg and Ladysmith, and the long-distance drives were a pleasure. The roads were a breeze in all conditions, including gravel and tarred roads. The fuel consumption on long-distance trips was really good. The 2.0-litre turbodiesel engine provides good performance while being very fuel-efficient in congested and open road conditions." 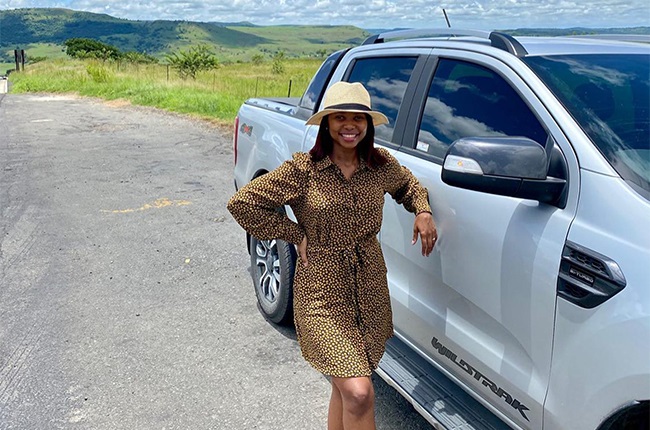 Mapalo Makhu
Quickpic
We live in a world where facts and fiction get blurred
In times of uncertainty you need journalism you can trust. For 14 free days, you can have access to a world of in-depth analyses, investigative journalism, top opinions and a range of features. Journalism strengthens democracy. Invest in the future today. Thereafter you will be billed R75 per month. You can cancel anytime and if you cancel within 14 days you won't be billed.
Subscribe to News24
Next on Wheels24
On the old Battlefield Route in memory of Mandela's staunch beliefs and resilience